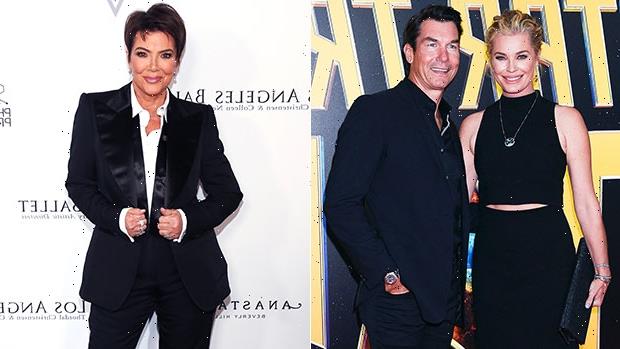 To prove just how much he adores the KarJenners, Jerry O’Connell EXCLUSIVELY told HollywoodLife about the time Kris Jenner generously assisted his wife during a wild shopping day.

Jerry O’Connell, 47, lives in Calabasas, California, just like the Kardashians do. So as you might imagine, Jerry and his wife, actress Rebecca Romijn, have had a few run-ins around town with Kourtney, Kim, Khloe and the rest of the gang. But the most memorable KarJenner run-in of all involved Rebecca having a sweet interaction with the famous family’s matriarch, Kris Jenner, in Target, and Jerry EXCLUSIVELY told HollywoodLife that story during an episode of TVTalk on Instagram Live on October 27.

“When they had that Target Missoni sale, it was one retail day you had to go in and get stuff,” Jerry explained. “And my wife [Rebecca] set the alarm to go get that Missoni towel set and my wife walked in and felt a tap on her shoulder. It was Kris Jenner, and Kris said, ‘What size are your daughters?’ ” Jerry explained that after Kris, 65, asked the X-Men actress the question related to their now-12-year-old twin daughters Dolly Rebecca Rose and Charlie Tamara Tulip, Rebecca resumed shopping and eventually made her way to the check out area. It was at that moment that Kris returned — and she came bearing gifts.

“Kris Jenner walked up to my wife with an armload of my children’s sizes and dumped them in her cart and said, ‘There. I’ve got you,’ ” Jerry told us. He went on to refer to the KarJenner clan as “a real family” who “love family and love like daughters and that bond. I might goop on the Kardashians but it all comes from a place of love, really.” 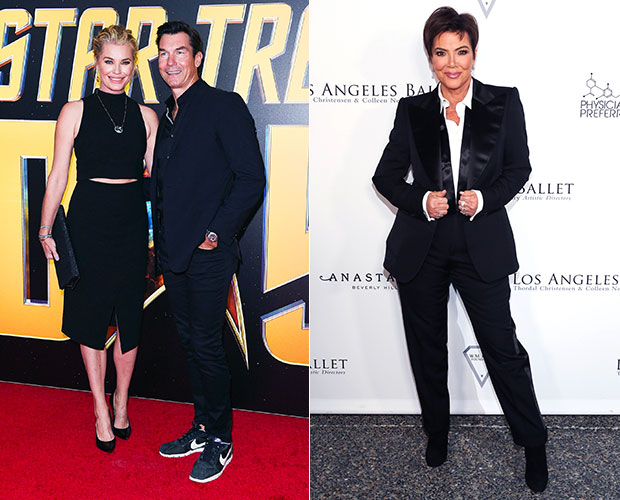 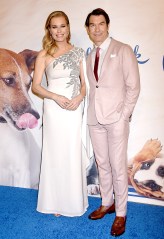 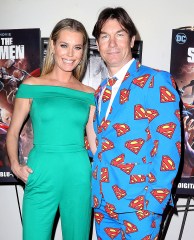 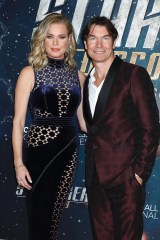 Also during the TVTalk interview, Jerry revealed to us if his daughters would spend time with any of the KarJenner kids, such as Mason Disick, 11. “Maybe my kids could babysit some of the younger ones, Stormi [Webster] and all that,” the dad of two said. “I love my kids but I’m not sure if they’re that responsible. I don’t want them being in charge of anyone’s lives. Their faces are in TikTok all of the time. Their faces are in their phones.”

When he’s not caring for his family, Jerry is busy at his new day job as co-host of The Talk. This coming Friday, Oct. 29, Jerry and the rest of his co-hosts will dress up for the show’s annual Halloween episode. Tune in at 2 pm ET on CBS to see what they wear!