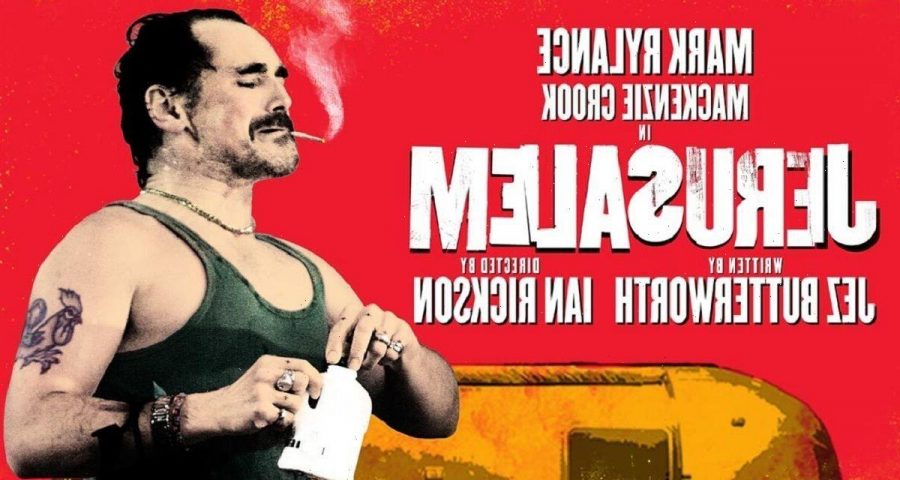 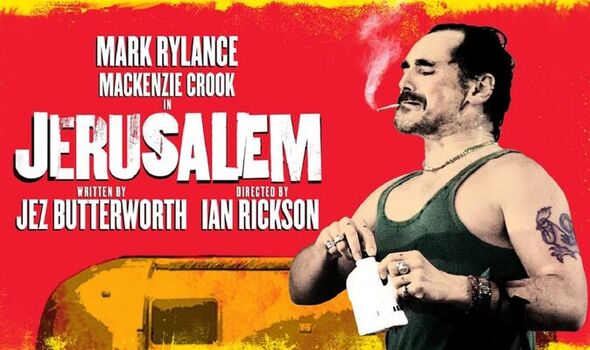 Rooster has rejected society and lives in a rusting caravan in the woods of Wiltshire. He is an irresponsible ne’er-do-well who deals drugs but offers a haven to underage children whose home lives are boring at best and abusive at worst. But he might also be a mystic conjuring the ancient gods of England, and his revels are closer to pagan rites than raves.

Threatened with eviction by locals for squatting illegally on land soon to be developed into a housing estate, he decides to resist. Whether standing on his head in a water trough or regaling his acolytes with visions of giants who built Stonehenge, Rooster has one foot in Middle Earth and the other in Swindon.

Inspired by William Blake’s resonant poem, this is not so much a conventional play as a cauldron of intoxicating theatricality and Ian Rickson directs with a light touch, allowing the anarchy to bubble over the edge of the stage.

The set is a riot of bucolic chaos. Giant trees sway over the caravan, and beer cans and vodka bottles litter the ground.

By colliding the mundane with the mythical, Butterworth keeps us guessing.

Even Phaedra (Eleanor Worthington-Cox), the mysterious green-winged creature who sings Jerusalem, might be the Absinthe

Fairy or a costumed child lost in the woods.

Bold, brave, ugly and beautiful, it beats with a rebel heart against the loss of folklore and wonderment in the modern world.