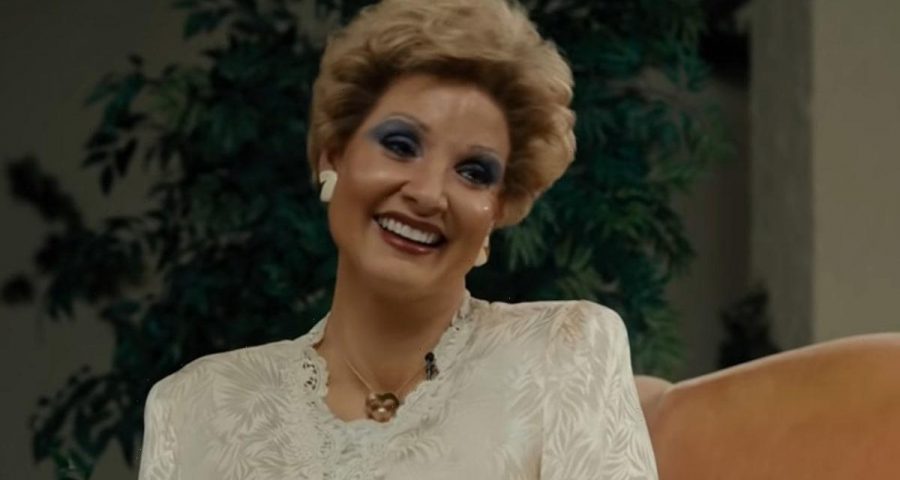 The actress is almost unrecognizable underneath the late televangelist’s signature heavy makeup for her role in the upcoming “The Eyes of Tammy Faye” biopic.

For an entire generation, Tammy Faye Bakker was as known for her makeup regimen as she was for her televangelism and the scandal that brought down her husband Jim Bakker in the 1980s. Recreating that look may have taken a heavy toll for Jessica Chastain.

On “Saturday Night Live,” in the mid-’80s, Jan Hooks made Tammy Faye’s heavy makeup a signature part of her impression during the height of the Bakker scandal, famously shedding black streaked mascara tears at the drop of a hat. 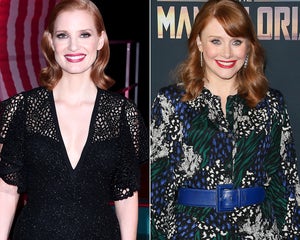 While that was over-the-top parody, Chastain nevertheless had to adorn her own face with a pretty heavy makeup look as well for her more serious take on the televangelist for the upcoming “The Eyes of Tammy Faye” biopic.

“I think for sure I’ve done some permanent damage to my skin on this,” Chastain told The Los Angeles Times about her extensive time in the makeup chair to transform into the late televangelist.

“Listen, I eat very pure and I take very good care of my skin and I stay out of the sun and all that stuff,” she continued. “But it’s heavy. And when you’re wearing it all day every day — the weight of it on your body, it stretches your skin out.”

She joked that the biggest surprise for her came when she actually got to take off all that makeup. “I finally took it off and I was like, ‘I look 50 years old!'” joked the 44 year old.

While Hooks’ embraced the makeup for her caricature of Tammy Faye, Chastain felt that it actually created an unexpected new challenge for her as a performer. “I was freaked out,” she admitted. “I was like, ‘I don’t know how to act like this.'”

In some ways, it’s like trying to work under heavy prosthetics or makeup in a science-fiction film. Incredibly, like many sci-fi actors, Chastain said that she initially spent upwards of eight hours a day in the makeup chair to complete her makeover into the real Tammy Faye, which was emotionally and physically draining. They were ultimately able to trim it to four, which is still a lot. 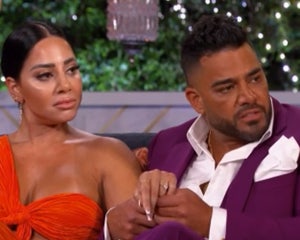 “People think it’s easier, but it’s not,” said Chastain of trying to emote and project through the makeup. So much of acting is in the subtle movements of body and face, and suddenly those things are behind a thick layer.

“You have to reach through the makeup,” she said. “You can’t let the makeup be the performance.” It was fine for Hooks to lean into the makeup for a broad comedic take on the character, but Chastain is seeking the humanity under the makeup, and that requires an entirely different approach.

The rise and fall of Jim and Tammy Faye Bakker is chronicled in all its garish and unpolished truth in “The Eyes of Tammy Faye,” scheduled for release on September 17, 2021. You can check out all her looks in the trailer below: