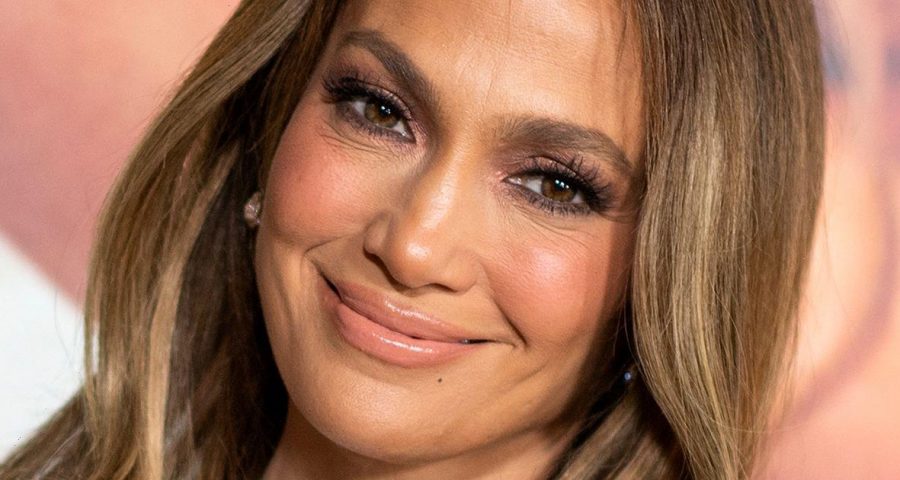 As declarations of love go, using your manicure is a pretty modern method. But that is exactly how a number of famous faces like Kim and Kourtney Kardashian have paid tribute to their partners recently – and now Jennifer Lopez is the latest to jump on the trend with a nod to her fiancé Ben Affleck.

For those who aren’t in the know, the trend involves featuring your partner’s first initial as part of your manicure, usually as a single feature nail. JLo’s initial manicure, which was shared by her nail technician Tom Bachik to his Instagram page, features both J and B in gold foil on the star ring finger, as well as a love heart on her middle finger.

“If you know… then you know,” Tom captioned the snap alongside a bow and arrow emoji, adding, “Jen and Ben forever” – and fans were delighted to see the romantic details in JLo’s nail art.

"Love, LOVE this!!! You are so talented, Tom! #Benniferforever," one commented on the post. "Aww so perfect," another fan added, alongside a string of heart eyes emojis.

Meanwhile a third fan chimed in with, "Bennifer forever!!!! I LOVE IT!!" as a fourth agreed, "Very pretty! They are two beautiful souls and certainly the most beautiful couple".

If you want to recreate JLo’s romantic mani, Tom also confirmed that he used The Gel Bottle in the shade Dune for the star’s pink-toned base, though there’s no word on how he perfected the gold details.

Jen and Ben aside, it was actually Kourtney Kardashian and Travis Barker who really put the initial nail trend on the map earlier this year. Just weeks before tying the knot in a lavish ceremony in Italy, the pair stepped out at the 2022 Met Gala with a manicure that featured the other’s first initial in a black, gothic font to match their signature style.

Kourtney’s sister Kim Kardashian then followed suit shortly after her sister’s nuptials with her own manicure that paid tribute to her boyfriend Pete Davidson.

Unlike Kourt and JLo though, she opted for a much bolder design with a neon pink base on coffin tips, complete with the initial P made out in iridescent rhinestones on the ring finger of her right hand.

We wonder which celebrity will jump on the initial manicure trend next? We reckon Megan Fox or Kylie Jenner are strong contenders.

For all the latest celebrity news including their hair and makeup secrets, sign up to the OK! daily newsletters now