As Bachelor contestants and potential franchise mainstays, women face a tough crowd. On one hand, they have the opportunity to form strong friendships, inspire viewers, and build their own brand and career opportunities. But on the other, the public often see them as perpetrators of The Bachelor‘s plain and simple concept of 25-plus women vying for one man’s attention. No one understands this better than a former Bachelorette, and Kaitlyn Bristowe’s quotes about women empowerment are debunking the myth that there’s only room for competition in these situations.

After winning over Bachelor Nation with plucky one-liners on Chris Soules’ 2015 Bachelor season, Kaitlyn starred as the Season 11 Bachelorette, becoming engaged to Shawn Booth and ultimately splitting up with him in 2018. Four years after her season, she’s honest about the decision to stay true to herself in the aftermath of The Bachelorette. "After the show, I know I was given so many opportunities," she tells Elite Daily, "and I chose to turn down a lot of money just to go stay true to myself and stay true to my brand. I think success comes when you’re passionate about something." 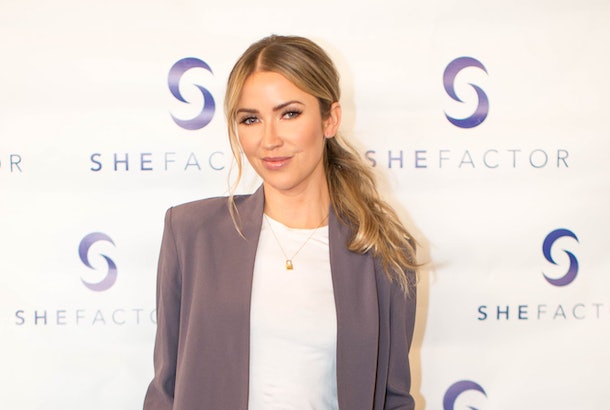 Now running the Off the Vine podcast and her own scrunchie line, Kaitlyn has squeezed in time for projects fitting her drive to empower women. She wrote the foreword to entrepreneur Heidi Ganahl’s new book SheFactor, which details Ganahl’s online platform and its mission to help women pursue empowered and fulfilled lives through books, app-based information, and live events. After downloading the free SheFactor app, a user answers questions providing the service with a sense of what kind of woman she is. The SheFactor program then helps users set goals within different spheres of life, including Future, Finance, Fashion, and more.

"I always look for brand partnerships or anything really that has to do with empowering women," Kaitlyn says. "That’s kind of the whole reason I started my podcast in the first place … because I wanted some sort of platform to be able to reach women. In my 20s, I wanted something like this for me to have, so I try and make sure something’s available to the girls younger than myself to feel supported and empowered, and Heidi does just that."

Kaitlyn’s SheFactor excerpt focuses on the universal successes and failures of life, and her passion to help young women thrive in an intense, unpredictable world stems from her experience in the Bachelor franchise. Receiving particularly harsh criticism for her intimacy with contestants on The Bachelorette, Kaitlyn still sees the best and worst of social media on her Twitter and Instagram feeds. "I think it was tough to navigate that just because social media can be such a blessing and a beast at the same time," she says about building confidence after the show. "You do one thing wrong and everyone’s gonna be on you for it, and you do something right and you supported and encouraged and empowered other people." 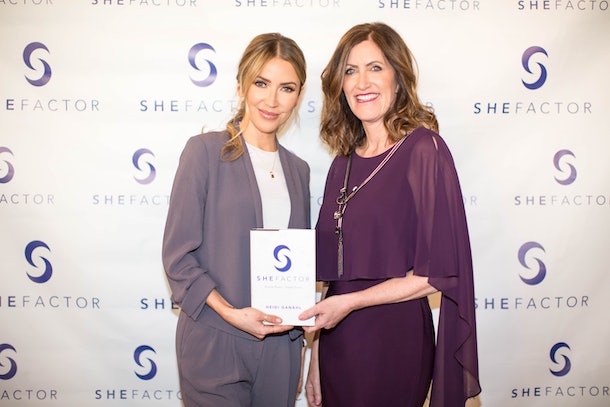 The podcast host also understands how challenging being on social media is for younger people. "I think one of the biggest problems for younger women is [that] they usually feel alone and you see on social media that everybody looks like they’re doing exactly what they should be doing and looking beautiful while doing it," she says. "It’s nice to have a community of women [on SheFactor] and just be there for support, and I always say this, like, ‘Oh, Heidi, you’re genius, I wish I had this when I was younger!’"

If women are lucky, they have several tribes of supportive friends inspiring them to be their best, but these networks can also form in the unlikeliest ways. May 6’s Bachelorette reunion special featured 12 of the past 14 leading ladies chatting about their mutual experiences, and it’s safe to say these Bachelorettes recognized the power of their special squad while gabbing in the mansion.

"I actually didn’t realize how lucky I was or the support I had or the bond we all had until I was in that mansion in that situation," Kaitlyn says. "You realize that all of these women have gone through such a unique experience that no one else can really relate to and even though we’re all so different, we all come together and realize each other’s strengths and celebrate each other and can bond over something so unique."

The Bachelorette sisterhood grew with the addition of Season 15 lead Hannah Brown, who has already faced online criticism about her mannerisms as the titular star. Soon after clarifying comments that misinterpreted her opinion of Hannah, Kaitlyn has made it clear that her support for the former Miss Alabama is strong, emphasizing the SheFactor mission to encourage other women in their endeavors. 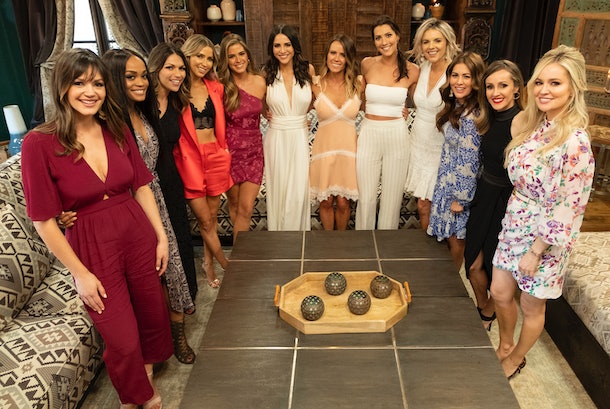 "If you look past at all the Bachelorettes, I was probably a random choice, you know?" she points out. "I don’t fit the mold of your all-American sweetheart, I’m a Canadian edgy weirdo! It doesn’t fit the bubble, we’re all so unique and different, but at the end of the day, everybody deserves to find happiness and love, including Hannah. I actually like that she may not fit the mold of what you think a Bachelorette should be … because I think it’s good for the world who watches to see different women who have different insecurities and different paths toward finding their person."

She doesn’t have specific advice for Hannah ("It looks like she’s just staying true to who she is and being herself," she observes), but Hannah may benefit from looking into Kaitlyn’s advice for women scrolling through the highlight reel of Instagram. "So many girls think they’re the only ones going through something," the former Bachelorette says. "Even people can look at my situation and think, ‘She’s got it all together,’ and I still feel lost at times and don’t know how long certain things will last. I still rely on a community of people that are out there — it helps you get through it to know that you’re not alone."