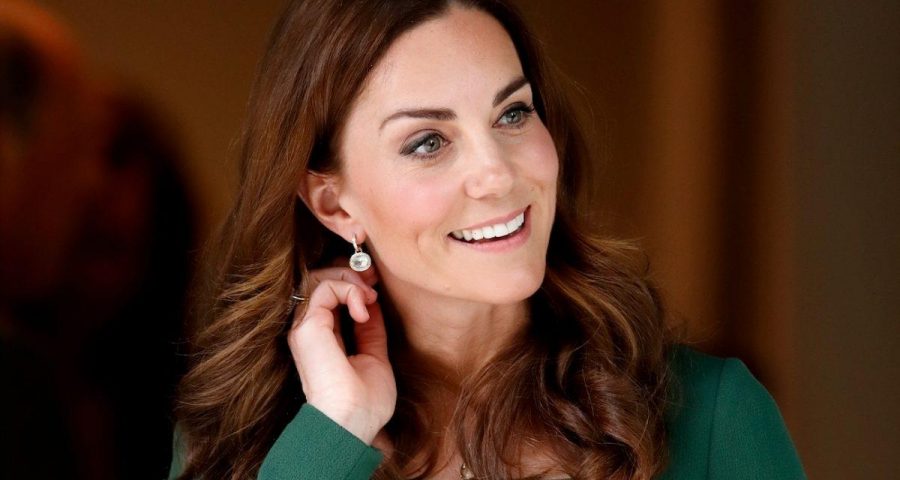 In honor of her fourth decade in the world, Kate had a special photoshoot and released some stunning images. Her photographer later revealed some behind-the-scenes secrets, such as the fact that the duchess was a bit “fearful” and “apprehensive” about the shoot.

On Jan. 8, the Duke and Duchess of Cambridge’s social media accounts shared three photographs of Kate. In each photo, Kate wore a different Alexander McQueen gown, including one in which she wore an eye-catching red dress.

Kate and William’s account also noted: “These new portraits which have been released to mark the 40th [birthday] will be shown in the community in three meaningful places: Berkshire, St Andrews, and Anglesey, as part of the @NPGLondon nationwide ‘Coming Home’ exhibition, ahead of the Gallery reopening in 2023.”

There have been a lot of positive reactions to the photos. According to Express, research by Dalston-Mill Fabrics revealed that online searches for “one shoulder dress” went up 733 percent in the United Kingdom. Meanwhile, the term “red dress” also saw 376 percent more searches.

Kate Middleton was ‘fearful’ and ‘apprehensive’ before the photoshoot, photographer recalls

The photos were taken by photographer Paolo Roversi. He recently talked to Italian newspaper Corriere Della Sera about the shoot and revealed that the duchess had some concerns.

“Every day she is machine-gunned by photographers but not used to posing; knowing my photos with the models she was a bit fearful in facing a real session, which then required about four hours of work,” Roversi explained (per People). “But once she started it would be very easy, I reassured her. And so it was.”

There are also more pictures that the public has not seen yet, such as one of Kate dancing. Roversi said, “In the end I wanted to take pictures in motion, so with that wonderful wide skirt I made her dance in front of my camera, a kind of accelerated waltz mixed with a pinch of rock ‘n roll.”

Kate does a lot of work to prepare for her role as a future queen. According to body language expert Judi James, Kate subtly sent “powerful messages” with these portraits.

“The most powerful messages from these birthday portraits look primarily aimed at creating a sense of reassurance to the queen that, given the ongoing turmoil in the royal firm, she is ultimately leaving her legacy in a very safe pair of hands,” James said.

James added, “Kate’s body language looks calm and quietly capable here and the styling makes her appear serene and stress-free. She hasn’t chosen to look like a modernizer or a creator of change. Instead, like the queen herself, Kate shows herself to be a champion of continuity with a very strong sense of her place in history.”