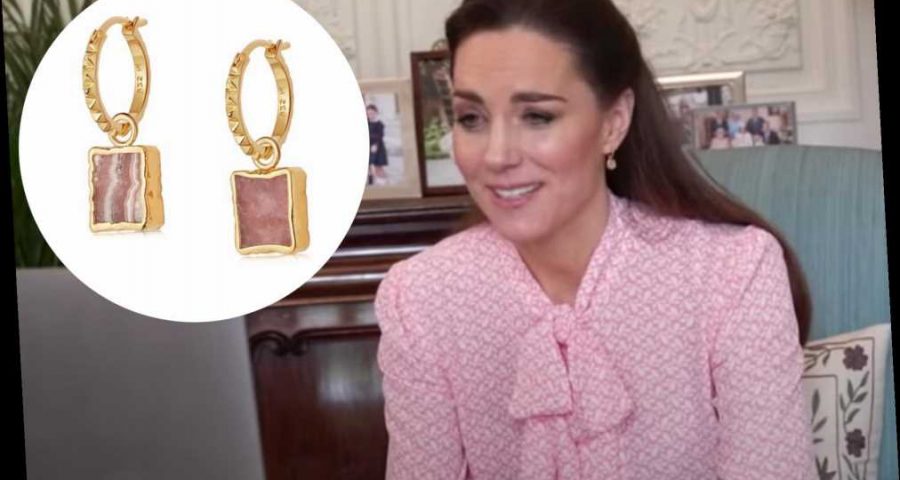 Kate Middleton seemed to hint that there’s no bad blood between her and sister-in-law Meghan Markle on Monday, hours after the Duchess of Sussex spoke about a tearful incident between the pair during her explosive interview with Oprah Winfrey.

For a video call with record-breaking rower Jasmine Harrison for International Women’s Day, the Duchess of Cambridge, 39, wore a pair of Missoma drop earrings ($110) featuring a rosy gemstone called rhodochrosite.

It’s not the first time Middleton’s been spotted in these earrings, which she paired with a matching pink printed tie-neck Boden blouse ($110) on Monday; she initially debuted them for a public engagement in London with Prince William in September, and wore them for another (virtual) appearance in February. 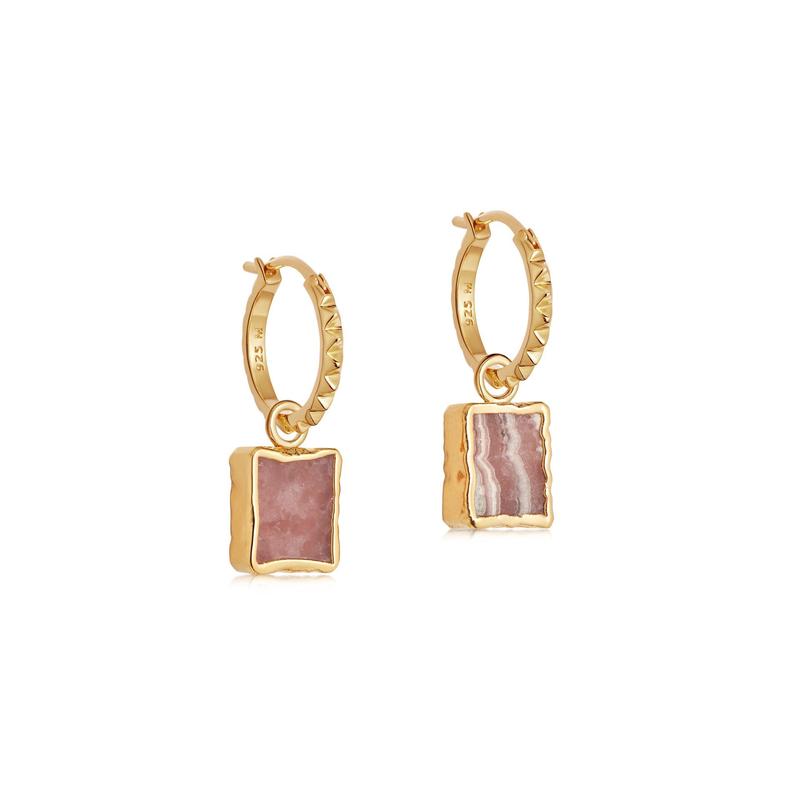 The Duchess of Cambridge owns several other earring styles by the British jewelry brand, from classic hoops ($84) to chandelier drops ($162).

Another famous fan of Missoma? None other than Markle, 39, who’s worn numerous dainty gold pieces by the brand over the years, from a heart-engraved signet ring ($115) to a double chain bracelet ($97).

During her intimate conversation with Winfrey, which aired Sunday night on CBS, the Duchess of Sussex dismissed reports that she “made Kate cry” days before her 2018 wedding to Prince Harry, saying “the reverse happened” and that “everyone in the institution knew it wasn’t true.”

The disagreement — not a “confrontation,” according to Markle — stemmed from the flower girl dresses for the nuptials, and while it “really hurt [her] feelings” at the time, she called Middleton “a good person” while recalling how she made amends.

“She was upset about something, but she owned it, and she apologized, and she brought me flowers and a note, apologizing,” Markle said. “She did what I would do if I knew that I hurt someone.”

Far more problematic in the Duchess of Sussex’s eyes was how the royal family refused to put an end to the false stories that followed.

“I’m not sharing that piece about Kate in any way to be disparaging to her,” she said. “What was hard to get over was being blamed for something that not only I didn’t do, but that happened to me.”