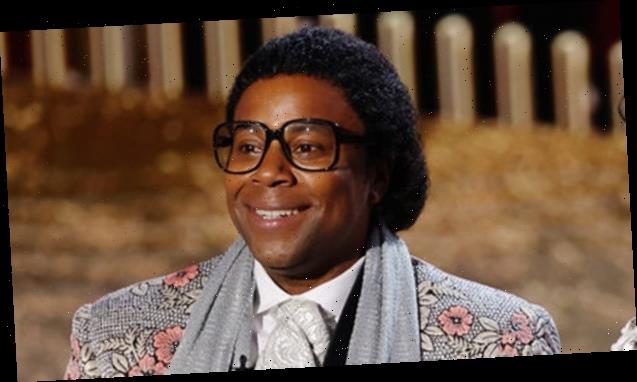 Kenan Thompson just gave all the ’90s kids the ultimate throwback. He had major Pierre Escargot vibes with his French accent during his hilarious Golden Globes skit with Maya Rudolph.

Is that you Pierre Escargot? Kenan Thompson teamed up with Maya Rudolph for a laugh-out-loud funny skit at the 2021 Golden Globes. His French accent had fans throwing it way back to his All That days. Naturally, All That fans were all about it. 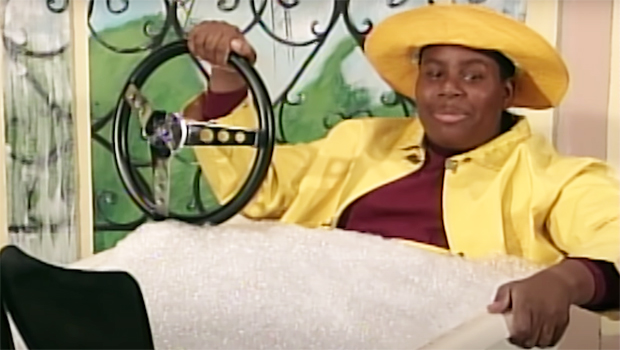 Kenan notoriously played Pierre Escargot in the All That skit “Everyday French.” In each skit, Kenan would sit in a bathtub filled with suds, wearing a matching yellow raincoat and hat. He would say phrases in a fake French accent and then translate them to English. The sketch was so goofy but so hilarious. “Everyday French” was a fan-favorite All That sketch.

Right away, fans began immediately tweeting the similarities between Francois Jean Rudy and Pierre Escargot. Fans were feeling the throwback vibes with Kenan’s French accent. One fan wrote, “KENAN THOMPSON SPEAKING FAKE FRENCH ON MY TELEVISION WILL NEVER NOT BE FUNNY.” Another wrote, “Kenan Thompson speaking garbled French at the #GoldenGlobes just gave me sincere ‘Everyday French with Pierre Escargot’ from ‘All That’ throwback vibes.”

Kenan and Maya took the stage as Francois Jean Rudy and Beverly Jack Fruit during the 2021 Golden Globes. They played married siblings and brought major laughs as they riffed on The Crown theme song, nearly kissed on stage, and more. Co-host Amy Poehler was off to the side looking a little uncomfortable through it all.

Kenan was a cast member on the original All That from 1994 to 1999. That’s how he rose to fame as a major comedy player on television. He went on to join the cast of Saturday Night Live in 2003. He is currently still with the show and is the longest-tenured cast member in history. Now we just need to get Pierre Escargot to show up SNL!