KFC is taking a page from Popeyes' playbook in the highly publicized chicken sandwich wars that have pitted some of the country's largest fast-food chains against each other.

Weeks after fried chicken rival Popeyes, whose parent is Restaurant Brands International, began selling a line of clothes culled from its employees' uniforms, the Kentucky-based chain upped the ante.

The chicken wars first erupted in Augst after Popeyes debuted its version of the fired piece of poultry on a bun, directly competing with Chick-fil-A. The move provoked a viral Twitter feud between the industry's heaviest hitters, but it also boosted sales and prompted other rivals to jump on board.

Since then, many chains have gone to extreme lengths to draw in customers.

In partnership with Crocs, the company created a limited edition rubber shoe that's slated to hit the market this spring for a hot ticket price of nearly $60. 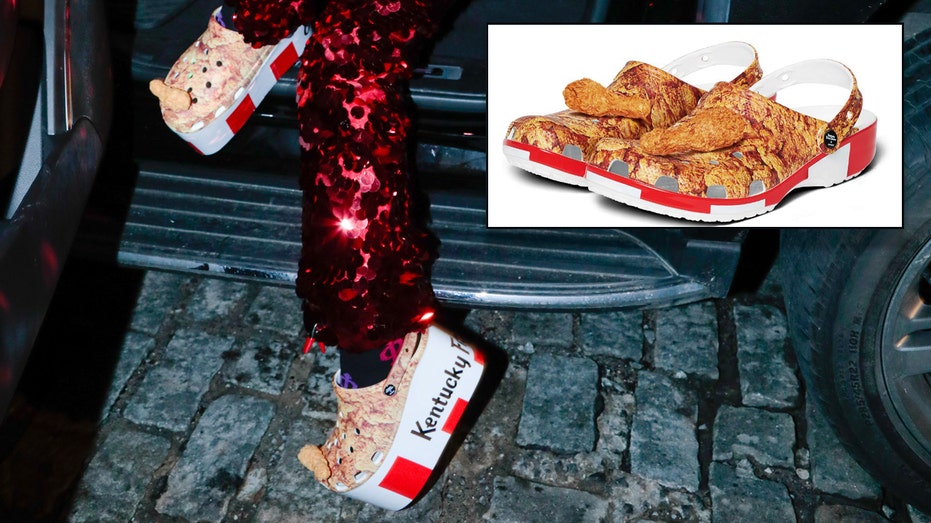 “These shoes are what fried chicken footwear dreams are made of.”

A platform version of the crocs, which are not available for purchase, made their debut this week at New York Fashion Week. Global artist Me Love Me a Lot flaunted the Kentucky Fried Chicken X Crocs Bucket Clog, a sky-high, platform avant-garde version, when she hit the carpet Tuesday.

"We're honored to feature this fashion-forward style between two iconic American brands at one of New York's biggest weeks in fashion that promises to surprise and delight consumers around the globe," said Terence Reilly, Crocs senior vice president and chief marketing officer.