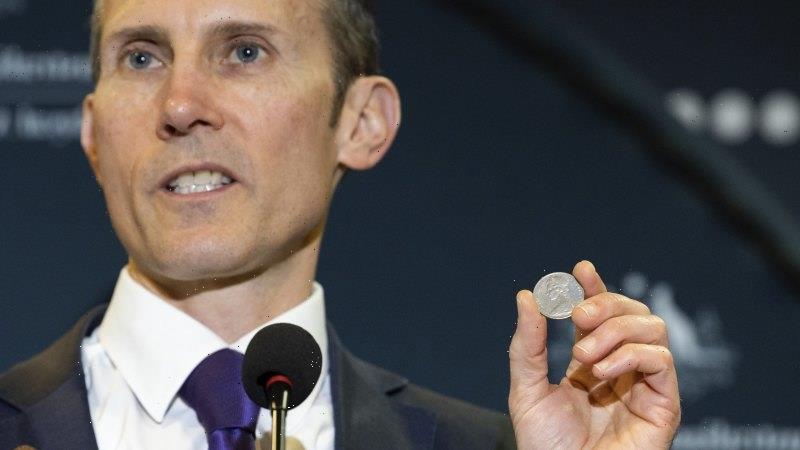 King Charles III is not guaranteed to replace Queen Elizabeth II on the $5 note as the government is yet to decide what will be done, Assistant Treasurer Andrew Leigh says.

Following the Queen’s death, coins bearing the effigy of King Charles will start entering circulation next year, but Leigh said swapping the Queen for the King on the $5 note was not a given. 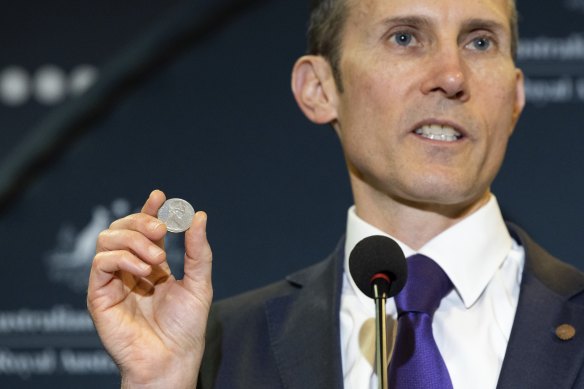 Assistant Treasurer Andrew Leigh said the Queen was on the $5 because of who she was as a person.Credit:Alex Ellinghausen

“As I understand it, the decision to include the Queen’s face on the $5 note was about her personally rather than about the status of the monarch, so that transition isn’t automatic,” Leigh said.

“We’ll have a sensible conversation within government to make an appropriate announcement in due course.”

When asked if he was open to the idea of putting someone other than the King on the $5 note, such as Eddie Mabo or Evonne Goolagong, Leigh said those decisions were for a later date.

“That will be a conversation to be had down the track. Our focus now is on the coins which necessarily need to change over,” he said.

Prime Minister Anthony Albanese said he was focused on the Queen’s funeral for now, rather than a redesign of the $5 note.

“We will deal with these issues appropriately, in an orderly way, in a way that is respectful, so I have not turned my attention towards that matter,” he said.

Alexander Voltz from the Australian Monarchist League said monarchists expected King Charles to replace the Queen on the $5 note.

“The outpouring of grief that we’ve seen for her has been mixed with this quite incredible emotional support and joy for the accession of King Charles,” he said.

“I actually would be as bold [as] to say that people will probably want to see King Charles on the $5 note.”

Royal Australian Mint chief executive Leigh Gordon said coins with the Queen’s effigy would remain in circulation and would be legal tender potentially for decades, but from next year the mint would stop producing them and switch to coins with the King’s face instead.

“We do not intend to mint any coins in 2023 with the Queen’s effigy on it, but we are in a period of transition,” he said.

“When we receive an effigy that’s been endorsed by Buckingham Palace from the Royal Mint, we will go through a period of modifying the design to match our manufacturing processes, and then actually trialling that design.”

Gordon said there had been an increase in interest for collectable coins with Queen Elizabeth on them, and coins with King Charles were likely to be “very much sought after” when they first came out.

“People seem very keen to grab their piece of history,” he said.

Coins tended to stay in circulation for about 30 years, Gordon said, so Australians could expect to see coins with the Queen’s face for years. The mint makes about 120 million to 140 million circulating coins a year and has made 15 billion since the decimal currency was introduced in 1966.