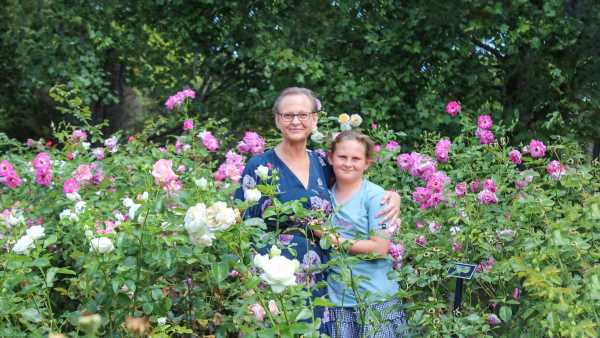 Friends and family are Karen Pratt’s “village people” – the team she knows will be there to raise her 11-year-old daughter Brooke if she can’t. And she thinks that’s a pretty good worst-case scenario as she battles cancer once more.

“The second time around, I’m learning not to be too proud to ask for and accept help,” the 49-year-old solo mum tells Woman’s Day. “This is something you shouldn’t have to deal with alone. The only way to get through this for me has been to focus on today and graciously accept all offers.”

The Hamilton teacher is incredibly optimistic and proud that she’s far healthier now than when she was first diagnosed with cancer in 2019. Fortunately, history seems to be repeating and she’s responding well to treatment.

It was in December 2018 that Karen went to her doctor after struggling to swallow. She went back again the following January 2019 with the same complaint, plus a dull pain in her breastbone. She had tests and was given medication, with no improvement.

In March, experiencing severe pain, Karen went to Tokoroa Hospital and had more tests, but was soon sent home. The next day, she went to the emergency department of Waikato Hospital, where she spent six days.

Finally, in April, she received the life-changing news that she had a partially obstructing malignant tumour of the lower oesophagus, the gastro-oesophageal junction and
the proximal stomach.

“Nothing can prepare you for that,” Karen recalls. “My surgeon said the CT scan showed it was too late – we would be looking at palliative care.”

However, a PET scan proved the cancer had not moved to her lymph nodes, so her surgeon was able to remove 95 per cent of the tumour and she started chemo in May – four courses every two weeks. “It was tough, but it shrunk the cancer significantly.”

Karen had her stomach removed and endured 30 daily sessions of radiotherapy. “I lost 50kg and a lot of muscle tone, but I truly believed I could get through this. I had a daughter who I was determined to see grow up.”

Karen was well enough to return to her teaching work last July and was starting to feel normal again when she had a recurrence.

“It took me a couple of weeks to get my head around it and think, ‘We beat it before. We
can do it again. Let’s just get on with this!'”

She is now having treatment for “dots around my lungs” and buoyantly says that despite a “pretty grim prospect”, the last scan showed that the spots have shrunk by half.

“I’m just going to keep focusing on that,” she enthuses. “The first time, I was really unhealthy. I’d been through a lot of stress in the previous five years. My relationship had ended and I’d taken on too much work, so I wasn’t exercising. I was certainly eating too much. I was morbidly obese.

“I’m in a much better place now. Oncology do their part and I do mine – I fuel my body with healthy food, I exercise and I keep positive. I’m making myself a priority.”

Karen is sharing her story – and taking part in the Gut Cancer Foundation’s Give It Up fundraiser – to make a difference. She wants to warn people that gut cancers don’t present symptoms until they’re advanced and, in many cases, it’s too late.

Her advice is to pay attention to your body and if things change from your normal, get them tested. “Make a nuisance of yourself,” she says. “If it’s not normal for you, keep asking for tests.

“I wasn’t aware that 50 per cent of gut cancer is attributed to poor gut health or diet and a lack of exercise. Fifteen people every day are told they have a gut cancer and eight of them will die – that’s devastating.”

This month, Karen has given up high-sugar foods and will eat only items that have less than five grams of sugar per 100g as she fundraises for clinical trials.

“My goal was $1000 because, on average, that is how much it costs for a cancer patient to get on one of those clinical trials. We need those trials because less than 50 per cent of cancer patients will survive after five years.

“When this first started, Brooke was almost 9. I don’t want another child to go through what my daughter has gone through. It’s a tough thing to deal with, but I truly believe a positive never-give-up attitude is important.

“If my time is up, I can look back and go, ‘Hey, I’m happy with what I’ve got.’ The only thing I’d like is to see my daughter grow up and see what she does with her life – that’s my motivator.”

The Gut Cancer Foundation is asking Kiwis to ‘Give It Up’ this month – whether it’s sugar, alcohol, or being a couch potato – to raise funds for Aotearoa’s most deadly group of cancers. For more info, visit giveitup.nz