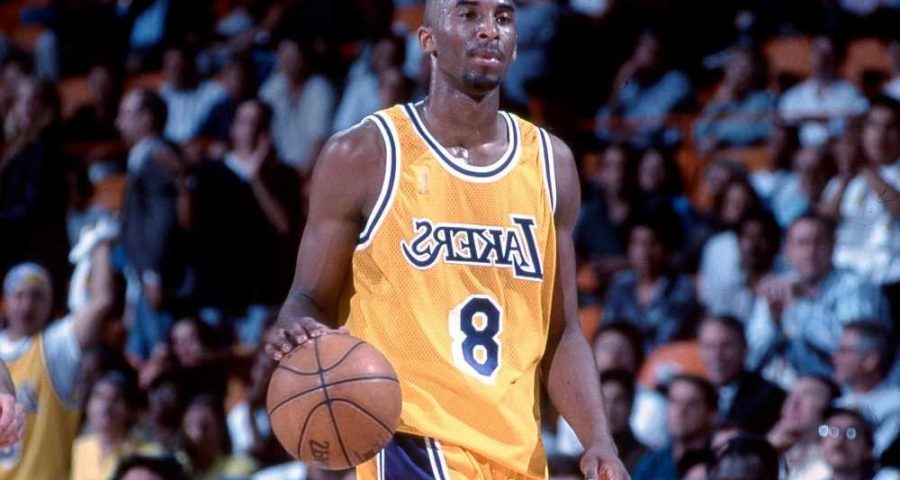 Golden Auctions will auction off Kobe Bryant’s rookie season jersey on May 3, and it’s expected to break the record for the most expensive jersey sold.

Babe Ruth’s 1920 Yankees jersey previously set the record for highest bid for a sports memorabilia item — $5.64 million via a Hunt’s Auctions sale in 2019.

Golden is a New Jersey-based sports auction house with over $300,000 worth of rare sports items connected with the late Lakers legend. Bidding on Bryant’s jersey will run through May 23.

Bryant died in a helicopter crash last year while traveling with his 13-year-old daughter, Gianna, who also was killed along with seven others.

Vanessa is also preserving husband’s legacy. She announced last week on Instagram that she was launching a new Mambacita clothing line on what would’ve been Gianna’s 15th birthday, with proceeds going to the Mamba and Mambacita Sports Foundation, which aims to make positive changes for young women in sports.

Vanessa posted of the initiative: “When I thought about how best to celebrate Gianna’s birthday with so many who loved her, I knew it had to be a combination of sharing her bright and fun personality with her sense of purpose and passion that would help make a difference in this world.”

Reports said that the clothing line — being sold through Dannijo — nearly completely sold out on its first day.

The line was launched after Braynt’s estate ended a deal with Nike. Vanessa said of the move: “I was hoping to forge a lifelong partnership with Nike that reflects my husband’s legacy,” while Nike told ESPN, “Kobe Bryant was an important part of Nike’s deep connection to consumers. He pushed us and made everyone around him better. Though our contractual relationship has ended, he remains a deeply loved member of the Nike family.”