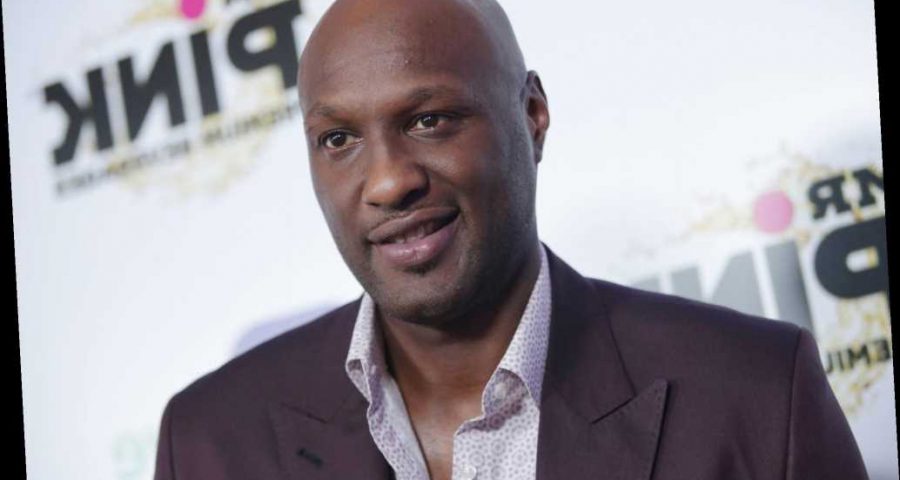 For Lamar Odom, revisiting the highs — and the lows — of his life in the spotlight has been "therapeutic" — which is why he's doing it again for a new docuseries.

The former NBA star, 41, will be profiled for an upcoming, untitled documentary series produced by Jojo Ryder.

"[It's about] having the strength and the whereabouts to tell my own story, my way," Odom tells PEOPLE.

Odom — who spent much of his NBA career from 1999 to 2014 with the Los Angeles Lakers — lost his baby son Jayden in 2006, underwent a public split from ex-wife Khloé Kardashian in 2013, grappled with substance abuse issues, and was hospitalized following a near-death overdose in 2015. All of that was documented in the former athlete's 2019 memoir Darkness to Light — but he says the docuseries will go deeper.

"I've had to jump at the opportunity because it's a little bit different than the book and looks at my entire life from birth to my current life and everything I've been blessed to see in between — with the ups and downs," explains Odom.

The multi-episode series will include interviews with Odom, but also some of his peers like Dwyane Wade, as well as Liza Morales, the mother of his children. Ryder tells PEOPLE that many may already have "an idea of [Odom's] life" — himself included — but that the series will further explore the "layers that this man overcame."

"When I took on this documentary, the first two questions I had was, 'Why do I care about a man who had God-given talent and he made over a hundred million dollars and he messed it all up? Why do I care about that?' " says Ryder. "And more importantly, 'What are you going to tell me that I haven't already read, or I can't Google, or I can't watch YouTube on?' "

He continues, "So that was the big challenge to me and what separates this documentary from everything that people think they know or heard. … You already know Lamar's point of view from the book and from the interviews. We're getting the perspective from the celebrities involved, from the athletes involved, even from people who were at the brothel. We're talking to his kids. … We're talking to his family."

Echoes Odom — who tells PEOPLE he's currently in the process of writing his second book — "Reality TV is very much in the moment and current. Doing a book is sort of like a journal, but creating a documentary is like having to put it all together from the beginning to end and it's theatrical.'

"I'm actually happy to share [the things I've been through] with people to inspire them," he says. "I get the same kind of feeling when people come up to me and say 'Lamar you are an incredible basketball player.' It's the same feeling when people come up to me about adversities I've gone through, such as drugs. I've overcome many battles and they can relate to it and it inspires them. So, I feel good about sharing my life and moments I might not have been so proud of at the time."

Overall, the Olympian says, "It's nice to look back at different times in your life and see it sort of in third person."

The series will debut this spring.