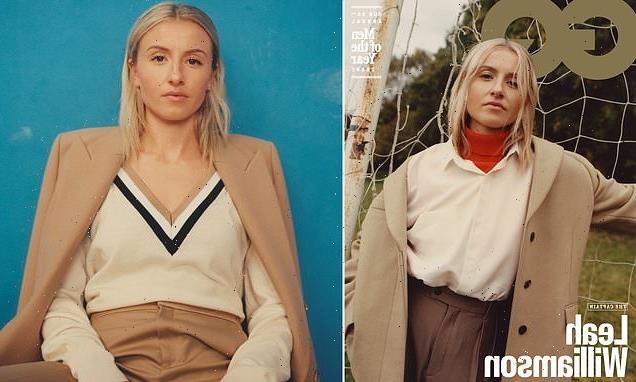 England women’s captain Leah Williamson reveals the Lionesses now have ‘power’ to ask for what they want after ‘proving they deserve it’, as she oozes confidence on GQ cover

Leah Williamson revealed she’s a ‘prove it to deserve it’ person as she oozed confidence on the cover of GQ’s Men Of The Year special in association with BOSS.

The England women’s captain, 25, spoke candidly in her cover interview as she discussed the rise in popularity of women’s football and how the the Lionesses Euro 2022 win has changed sporting culture of Britain.

She said: ‘I’m a “prove it to deserve it” person. The power is now with us when we ask for things. I’m going in with proof.’ 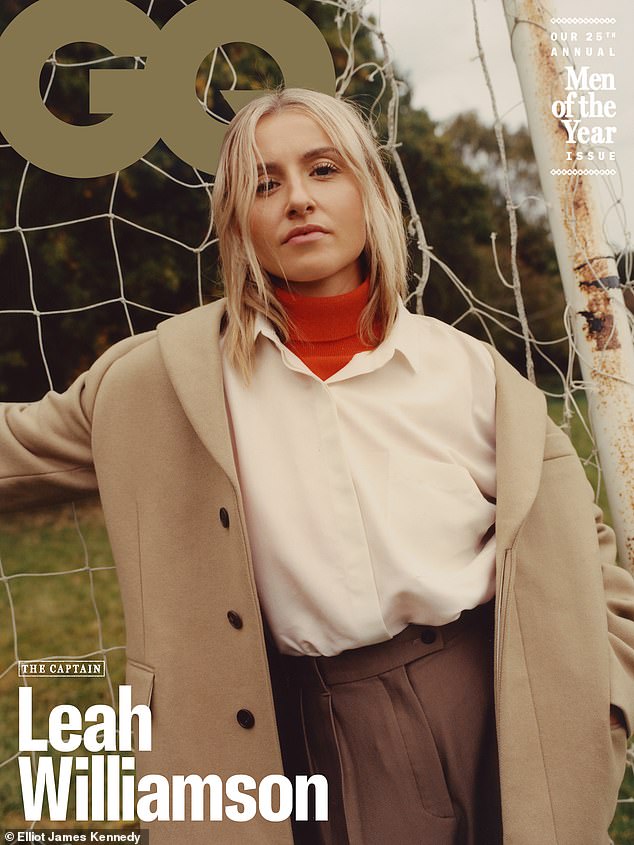 The Lionesses captured the hearts of the nation following their historic win this year after beating Germany 2-1 at the Euro 2022 final.

Looking every inch the confident woman, the football captain looks effortlessly sophisticated on the cover.

She donned a chic camel coat over a cream blouse which was paired with a red polo neck knit underneath.

Her stylish ensemble was completed with oversized brown trousers as she posed up a storm in front of a goal post. 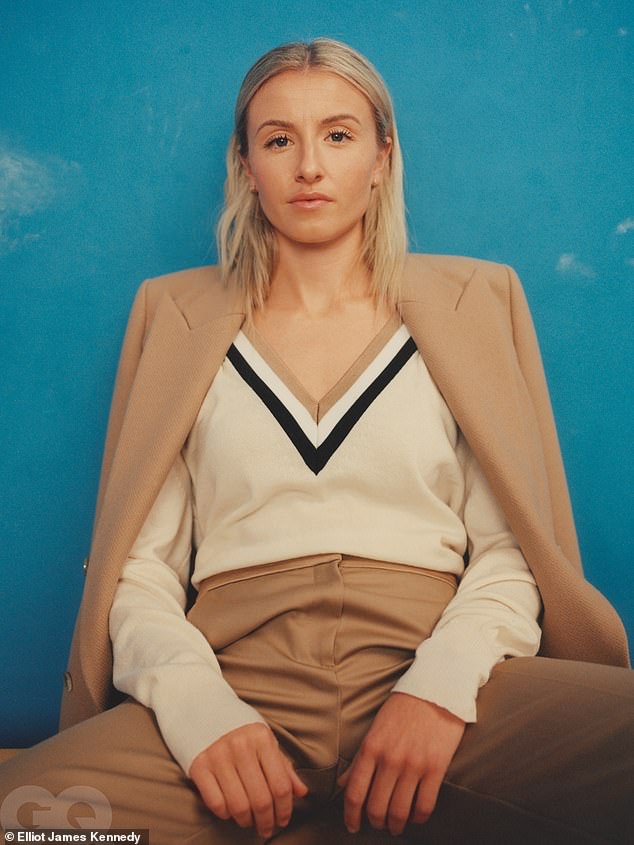 In another snap the lioness looked stunning in a beige tailored suit which she paired with a cream V-neck jumper.

Her blonde locks fell loose in a centre parting for the iconic shoot and her glam makeup enhanced her natural beauty.

Elsewhere in the interview Leah admitted that her ‘biggest fear’ is thinking that she ‘didn’t do enough with the moments.’

She explained that she is quite sentimental and wants to make the most of every moment not just the big ones.

She revealed she carries a 35 mm camera around with her and keeps photographs in an album under her. 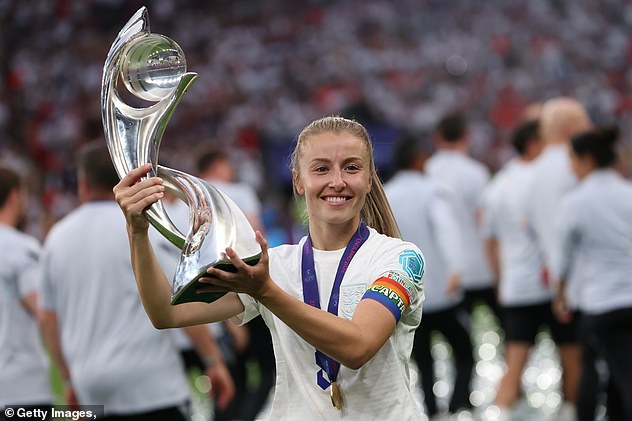 Leah admitted she is afraid of ‘losing time’ and New Years gives her anxiety at the thought of missing the exact moment at midnight.

She said: ‘It’s the same in football: to look back and think, ”What if?’ What if you’ve wasted that time? What if you could have done it differently? I just never want to feel like that.’

Leah, who is balancing her career in football with training to be an accountant, also spoke about the disparity between men and women’s football when it comes to money and facilities.

She said her team are up against old conventional opinions and it all comes down to money.

She revealed she is very aware that if women’s football is less visible than men’s that means less money for clubs and less sponsorship. 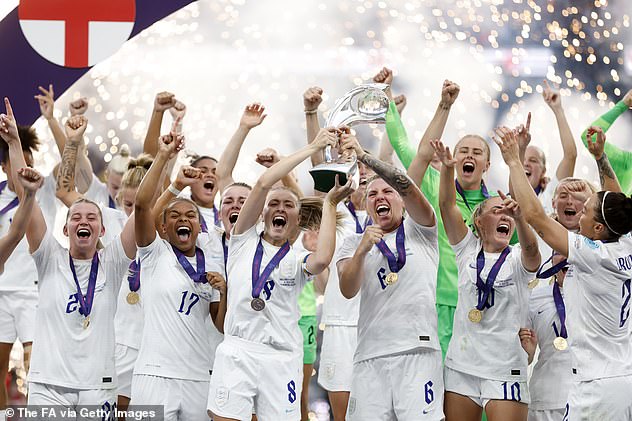 The game has indeed come a long way from 1921 when the FA voted to ban women’s football, deeming the game to be ‘quite unsuitable for females’.

But even though things are improving slowly for she admitted she is still training to be an accountant in case all of it fails.

It has been a whirlwind period for Leah and her Lionesses team-mates after they beat Germany in the final at Wembley on July 31 to earn the country’s first major trophy since the 1966 World Cup.

But she previously revealed it has been difficult to get used to, particularly as there is not the financial backing in place in the women’s game to protect players from the side effects of stardom.

‘If you want to do what we’re doing, I think then you have to accept a certain level of attention,’ the Arsenal defender told The Telegraph. 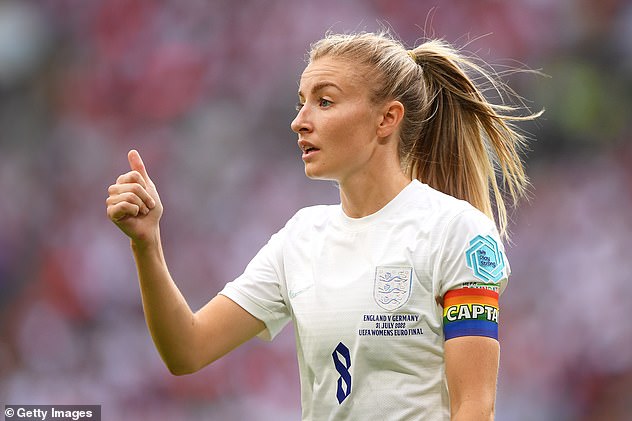 ‘The fame has come with it, but we can’t protect ourselves from it. I worry about things like that, because naturally we’re at the top of our game and history tells you that people will try to bring you down.

‘We don’t have the same means of protection that somebody very wealthy would, who has that level of fame. The life that we live, we’re not rich, we’re not wealthy. We live normal lives and we do a sport that’s so high profile.

‘That change is difficult I think. I’m just conscious I want to protect the girls from that, because what we’ve done is amazing but it’s literally changed overnight. There was no gradual build-up to it.’

Some Women’s Super League players earn as little as £20,000-a-year and while the best players in the division are paid up to £250,000-a-year, that is still around 50 times less than their male counterparts.

Every England player reportedly received a bonus of £55,000 for lifting the Euro 2022 trophy, but again this is minute in comparison to the sums on offer in the men’s game.