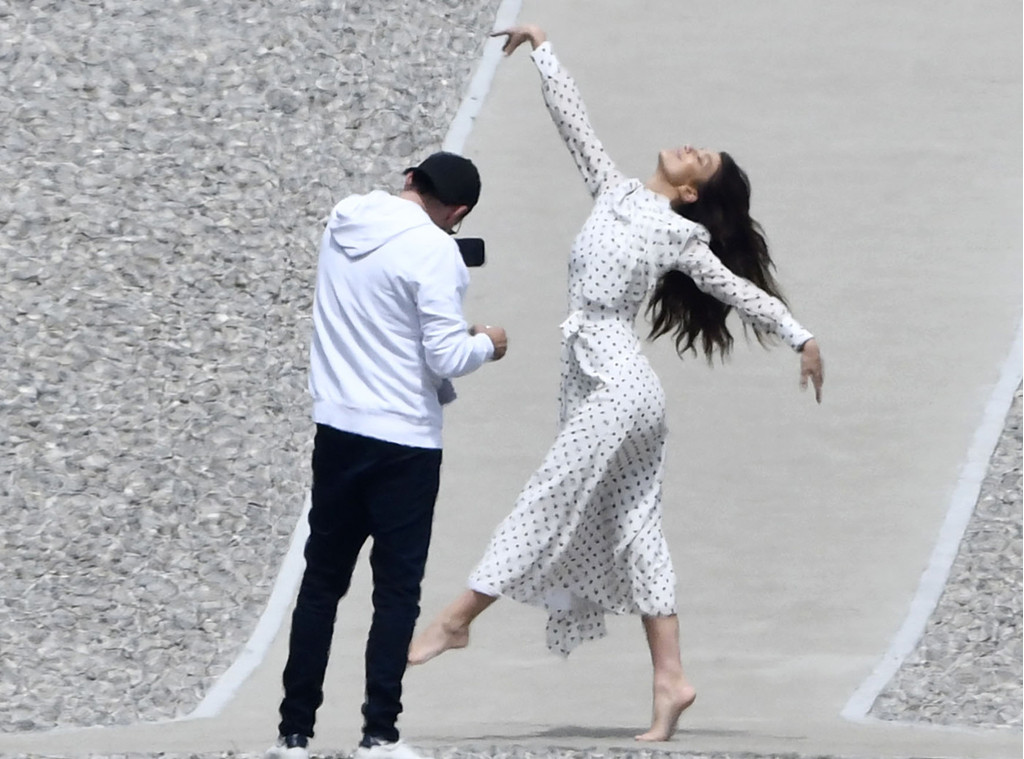 We know Leonardo DiCaprio is good at sketching (or pretending to, anyway), but when it comes to capturing the beauty of the women in his real life, he’s more of an iPhone kind of guy.

The 44-year-old Oscar winner played fashion photographer for girlfriend Camila Morrone on Sunday, using his smartphone to take pics of her outside Hotel du Cap-Eden-Roc in Antibes, France, where many celebs are staying during the Cannes Film Festival. The 21-year-old American-Argentinian model and actress showcased playful poses in a long sleeve, white polka dot maxi dress.

Morrone is in Cannes to promote her latest film, Mickey and the Bear. DiCaprio is there to promote And We Go Green, a documentary he produced about electric street racing, and his role in Quentin Tarantino‘s movie Once Upon a Time in Hollywood, which also stars his girlfriend’s stepfather, Al Pacino.

Morrone and DiCaprio first sparked romance rumors in December 2017 and were spotted together months later at Coachella. Last November, a source told E! News, “It is getting more serious. They’ve been inseparable for the last year and are crazy about one another. They’ve gotten to know each other’s families and they love being together.”

Moronne and DiCaprio have yet to make their red carpet debut as a couple. On Saturday, she attended the Cannes premiere of Les Plus Belles Annees D’Une Vie alone. 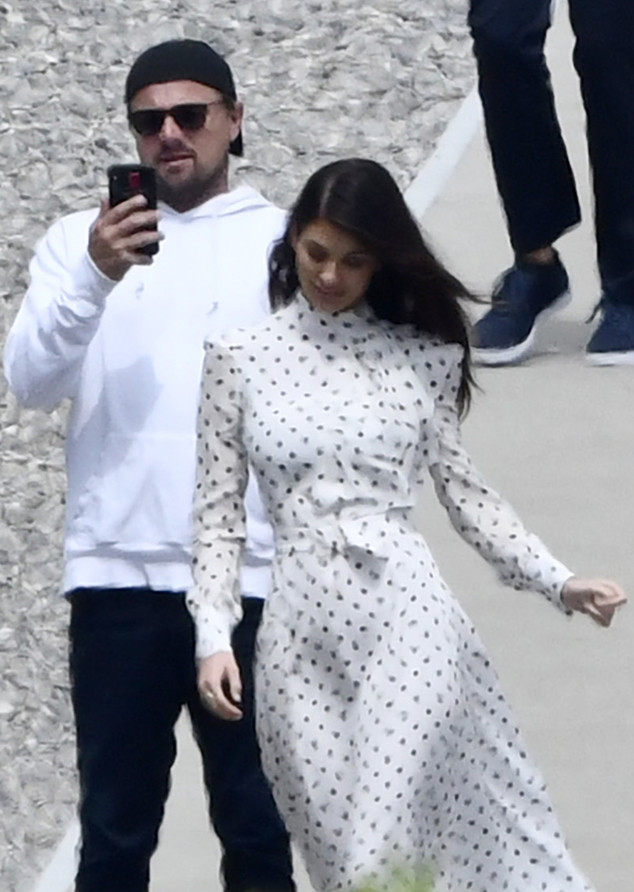 Also in attendance at the event: German star Toni Garrn, one of DiCaprio’s ex-girlfriends. The 26-year-old is also a model and actress.

It is unclear if the women interacted.