All is bitterly not fair in love and Warhol!

The former wife of art billionaire David Mugrabi is reopening their bruising divorce case, alleging he deliberately damaged works by Jean-Michel Basquiat and Andy Warhol he was ordered by a judge to give her.

In April, a Manhattan Supreme Court judge ordered exes Libbie and David Mugrabi — whose divorce has been called the nastiest in New York City — to exchange artworks plus cars, including a vintage Ferrari, on May 6 in the Hamptons.

But socialite Libbie Mugrabi alleges her famed art dealer ex violated that separation agreement by maliciously giving her damaged art valued well below the $16 million he had agreed they were worth.

She also insists she cannot maintain their children’s standard of living on $79,000 a month in support payments and wants it to be restored to nearly $100,000 a month.

She is now demanding the court invalidate their separation agreement and restart their bitter settlement negotiations.

The new court papers filed on Monday state, “Defendant [David] knowingly misrepresented the value of the art he agreed to provide,” at a value of $16 million.

Libbie even goes on to allege in the documents that the art was not damaged the last time she saw it, and David — who is from a prominent and well-respected art collecting family — “purposely damaged the art he agreed to provide [her] under the separation agreement.”

One of the works was a “Statue of Liberty” by Andy Warhol, said to be worth $2 million, while the other was a Basquiat valued at $6.5 million.

Page Six previously reported Libbie — who compared herself to Princess Diana in a recent New York Post interview — had filed a police report in Southampton alleging David attempted to dump the damaged artwork on her doorstep.

Libbie’s security team called Southampton cops to her home on May 6 — alleging that the latest pieces of art sent by David through a handling service had water damage.

A source claimed the Warhol “has black lines from water damage” and “scratches,” and that the Basquiat is a “collage that was damaged” with “part of the paper lifting off the canvas.” She refused to receive the works.

It’s not the first time art has been at the center of the wild breakup: During the divorce, Libbie’s side even testified the exes once physically “wrestled” over a $500,000 Keith Haring sculpture, and that he pushed her out of the door, yelling at her that she was a “gold-digger.” 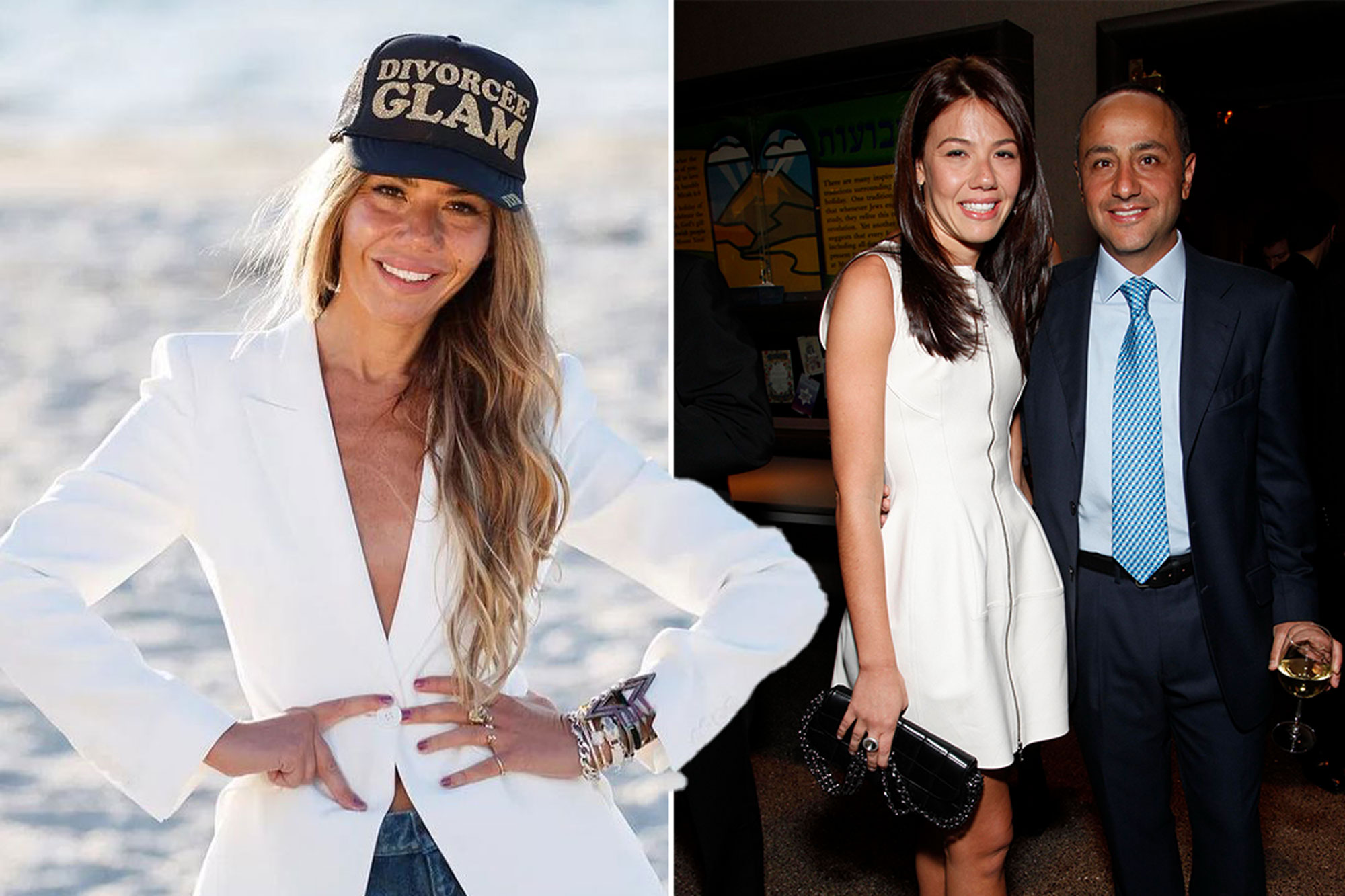 David’s family owns billions in art, including the largest collection of Warhols in the world. During the divorce, the couple fought over their collection, plus a $72 million townhouse, and a home in the Hamptons.

Libbie also now claims she signed the separation agreement “under duress” and she only learned to her horror after signing that the final agreement “substantially differed” from the approved draft.

New paperwork filed in the court claims David “failed to timely pay his support obligation for at least the five months” before she signed the separation agreement, which she did “under duress” because it placed her in “financial desperation” .

She adds she was “intimidated” into signing the agreement and was “bullied” by both his and her own attorney to sign the agreement.

Libbie adds in the court filing she was prescribed the antidepressant Lexapro at the time the agreement was being negotiated and signed, but her psychiatrist reduced the dose, causing her to have “blurry vision” at the time she signed.

She contends that her “reduction in her Lexapro dosage interfered with her ability to comprehend the full meaning of the separation agreement she was compelled to sign.”

She goes on to add that David further has failed to abide by the terms of the separation agreement which stipulated he lease her a Porsche 911 and give her a 1982 Basquiat painting that she alleges he instead tried to sell.

Libbie, who got the couple’s Hamptons home in the divorce, also claims that David has not provided a $7 million Manhattan apartment for her and their two teenage children and that she “would receive a Basquiat painting of the same value” in exchange.

The papers state that Libbie is unemployed and the separation agreement “only requires defendant to pay plaintiff $79,000 per month,” while she had expected $98,000 per month, which was the interim sum he was ordered to pay.

Due to this, she contends is “unable to maintain the children’s standard of living”.

Libbie also claims he placed their 14-year-old daughter in a “psychiatric wilderness program” despite her objections and “leaves his children alone in his apartment.” She is now asking for sole legal custody.

She is now demanding the separation agreement “she was compelled to sign … be canceled and set aside.”

Libbie’s divorce lawyer Ken Jewell said, “We have filed a complaint to set aside the separation agreement between David and Libbie Mugrabi given the unjust and predatory circumstances surrounding its execution, in addition to the fraud imposed upon Ms. Mugrabi, as well as the financial and emotional abuse she has suffered from David Mugrabi as a result.”

David filed for divorce in 2018, and alleged in previous legal proceedings that Libbie was not honoring her side of their December divorce agreement, which ordered her to hand over 16 artworks to him, as well as a 1974 Ferrari and a Porsche 911. She contends all the items have been returned.

David’s lawyer John Teitler did not respond to requests for comment.