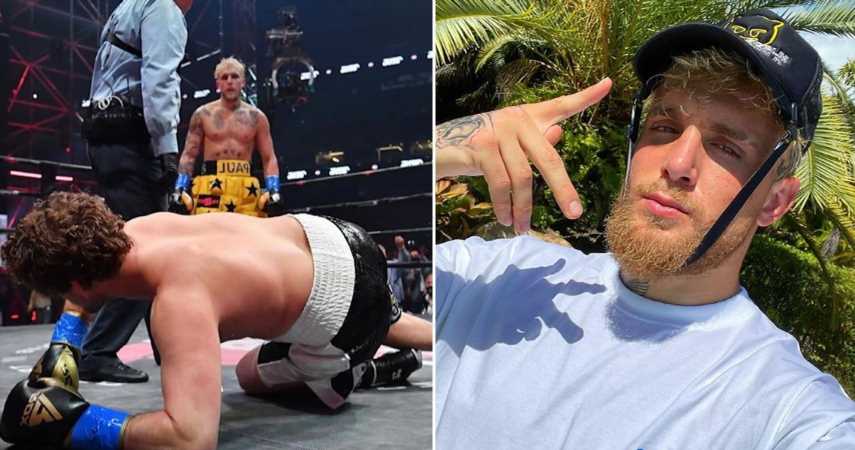 The match seen ’round the world is becoming the subject of more controversy than anyone ever expected. While the April 17th Jake Paul VS Ben Askren fight was streamed by many on the media platforms Triller, an almost equal amount of viewers watched Paul’s victory for free from a VPN. This brought about an onslaught of lawsuit threats. The most notable of Triller’s lawsuits went to prominent YouTuber/podcaster, Ethan Klien. When the creator showed about 45 seconds of the fight on his YouTube show H3, Triller quickly went to sue the him for $50 million.

And that’s only half the story!

As the phenomenon of YouTube boxing continues to grow a sizable following, more money is being funneled into the rather specific sect of the sport. While many were underwhelmed with the quick fight, the Paul vs Askren fight proved to be one of the most talked about boxing events in previous years.

According to Paul’s Instagram, the fight garnished 1.5 million views and brought $75 million in revenue. According to the National World, “The base earnings for the fight saw Paul’s net at $690,000.”  Alternatively, Askren received $500,000.

Paul is set to fight champion boxer turned promoter, Floyd Mayweather Jr. next month. While this will certainly bring a huge viewership and bucket full of cash, Paul first has to deal with an entirely different arena of battle – court.

The fight’s pay-per-view service Triller was less than happy to realize just the amount of people that pirated the event through VPNs. On April 23rd, countless individuals and sites  swiftly saw themselves with a lawsuit on their hands as the service filed for $100 million in damages at the US District Court for the Central District of California.

One notable defendant listed in court documents was Ethan Klien. He’d been in similar situation alongside his wife Hila Klien back in 2017. The couple was sued by fellow content creator, Matt Hoss for copyright infringement regarding a reaction clip from an H3 Youtube video. When they ultimately won the case, it stood as the first of its kind in YouTube history.

“This is a landmark case, not just for us, but the wording the judge put in is going to strengthen fair use across YouTube,” Ethan says in a celebratory video after the ruling.

Upon receiving the lawsuit from Triller and Jake Paul, Klien took to a YouTube livestream to boast about how his victorious case of copyright infringement would likely be used in his favor as he goes toe-to-toe with Paul.

In a strange turn of events, the case was amended and Triller began giving all who pirated the fight one month of amnesty. Within this time, those who didn’t pay Triller before hand will have to cough up some coin.

“VPN firewalls all have to comply and turn over the actual IP addresses of each person who stole the fight in discovery,” says Triller’s Head of Piracy, Matt St. Claire in a statement, “We will be able to identify each and every person, VPN or not, as each stream has a unique fingerprint embedded in the content.”

Anyone who doesn’t pay the $49.99 that the pay-per-view fight was worth will find themselves with a hefty $150,000 penalty fee.

But, it doesn’t stop there: the lawsuit was refiled. This time, its sole defendant was none other than Ethan Klien.

“Their $100 million of alleged losses, this incredible f**king conspiracy to defraud them of $100m all comes down to the H3 podcast watching a 45-second clip and fair usage, five days after the live event,” Klein rants in response on his YouTube channel, “And they have suffered catastrophic loss as a result.”

Klein took to his channel to inform the show’s massive fanbase of the incompetence of Triller’s legal team as they allegedly “copied and pasted” the previous lawsuit and sent it to his team.

“They put so little effort into the complaint,” Klien continues, “it just seems like a shakedown, a headline trying to scare people to do the $49.99 thing.”

It’s seems like Jake Paul isn’t the only one who’s bandied out lawsuit. Along with fighting  in the ring, it looks like Mayweather and Paul might also be seeing one another in court.

This week, Mayweather’s promotional company, filed a whopping $120 million lawsuit to PAC Entertainment Worldwide for failing to deliver the $110 million needed to take the fight to Dubai.

According to TMZ Sports, who first broke the news, Mayweather’s team claims that PAC “presented financial projections estimating the fight could generate guaranteed amounts for each participant, plus result in the promoters earning more than $100 million in profits after covering all purses and expenses.”

The first round of the payments, which saw $30 million due on March 25th, was reportedly never received. The logistics of the contract grant Mayweather’s team the ability to back out of the deal while still accumulating the aforementioned funds due to the missed payment.

After all these legal battles, fans will surely be ready for Mayweather and Paul to go hand-to-hand in Miami on June 6th.