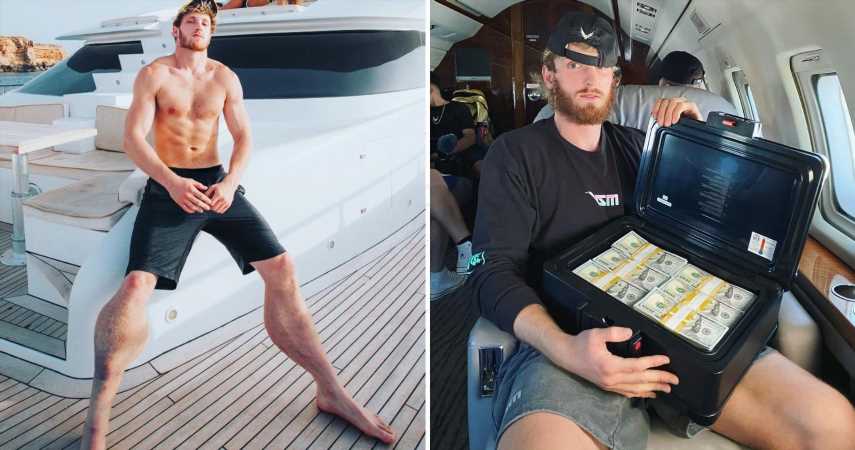 Youtuber turned boxer Logan Paul recently attended an extravagant New Year’s Eve bash, and on an episode of his podcast, he gushed about just how rich some of the attendees were. The YouTuber flew to Gstaad in Switzerland with his entire crew, and he claims there was a trillion dollars worth of wealth in the room.

On a recent episode of his podcast, Impaulsive, the entertainer boasted about taking his entire crew, from his videographer to his fellow hosts, out to the ski resort called Gstaad, in Saanen, Switzerland. Paul was eager to talk about the experience and hosted an impromptu session of his podcast from the resort, using iPhones as microphones.

“There was a trillion dollars’ worth of wealth at the party we were at last night. Everyone here is a billionaire; there are more billionaires at this party than there were not billionaires.” Paul said.

“Mac said he’d never seen a place where people were scooping caviar like guacamole. Caviar, $8,000 trays of Caviar, and kids, children,” Paul continued. “This is the most not real-life place I’ve seen in my life.”

Co-host Mike Maljak was equally shocked by the sheer extravagance claiming that the cheapest cheeseburger was $86 dollars. Maljak said, “the level of extravagance and wealth here is like I said, untouchable.”

The duo went to a $1,600 buffet before heading to an afterparty where David Guetta reportedly DJed. Co-host George Janko claimed the entry fee for the bash was $3,000.

Paul says he got the feeling that the billionaire partygoers looked down upon him as nothing but a “YouTube kid,” and felt like he was just there to entertain the guests with his modest wealth. Co-host Janko refused to attend the after-party, saying that while he could afford it he felt like he hadn’t earned a seat at the affair.

While Logan Paul is far from being a billionaire with his fortune of $35 million, he has been expanding his income streams. Recently, the boxer ended his years-long feud with fellow Youtuber KSI and the two entered into a business partnership. Paul and KSI launched a new energy drink called Prime.

Paul has also made a fortune from his boxing matches, including one with Floyd Mayweather, which was surrounded by hype.