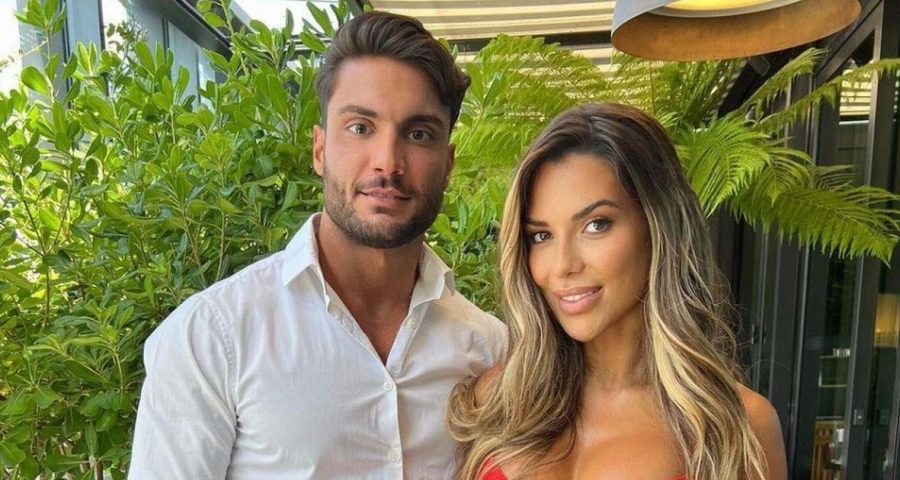 From record-breaking brand deals, to thoseDavide cheating rumours , and one breakup, the rollercoaster has only continued for this year's Islanders since leaving the villa.

As the contestants adjust to their newfound fame and everything it entails, fans are eager to find out what they’re favourite, and least favourite, couples have been up to.

And while it’s not been long since the reunion special aired it seems that a lot has gone on in the lives and relationships of these ex-Islanders. Ekin-Su and Davide won the show in a landslide victory, and have continued their romance outside the villa.

Since leaving the show, the couple have made trips back and forth between London and Manchester for date nights and gym sessions.

The pair have also been met with several TV offers and brand deals since exiting the show.

And they announced on Channel 4 ’s The Big Breakfast that they will star in their own travel and cooking show.

However it hasn’t all been sunshine and daisies for this couple, with cheating rumours beginning to swirl after a viral video emerged of Davide getting into a cab with two women.

He was later also seen at the same club as an ex-girlfriend, which may or may not have been a coincidence.

Both Ekin-Su and Davide have denied the cheating rumours, with Ekin-Su saying that she trusts Davide.

Runners-upGemma OwenandLuca Bishproved a rather controversial couple if you look on social media, but nevertheless, the pair have remained steady since leaving the villa.

Gemma said: "I wore PrettyLittleThing throughout my time on the show and now being announced as one of their newest ambassadors alongside some incredible talent including Love Island alumni is really special."

While the pair never became official on the show, with Gemma saying she wanted her family’s approval first, this has changed for the pair since leaving the villa.

In a video posted on Instagram, Luca led Gemma through a corridor lined with red roses, candles, red balloons and rose petals to a swimming pool in which the words "Be my girlfriend" floated.

Commenting on the gesture, Gemma took to Instagram, and wrote: "Finally official. Thank you @lucabish for such a special night!"

Luca has announced a new YouTube channel called 'The Bish n Chips Show'!, and Gemma visited Paramount studios, although it’s unclear what for.

Gemma is also rumoured to have been headhunted for anew reality show about footballer’s daughters .

Indiyah PollackandDami Hopecame third in the final, and while they had a bumpy ride inside the villa things seem to be a lot smoother for the pair on the outside.

Dami and Indiyah both returned from Casa Amor having coupled up with someone new, but eventually they rekindled their romance.

Since returning to the real world the couple seem to have been quite busy and have attend a number of events together.

In an interview withThe Sundayworld, Dami revealed he had moved to London, and that himself and Indiyah would start looking for somewhere to live together.

He said: “We are planning on moving in together in September, so things are going along great. We are so busy right now that we haven't had time to look for a place together, but we are definitely going to start looking soon because things are going great between us.”

Indiyah has also secured a deal with Boots UK as the brand's beauty ambassador, and signed a six figure deal with PLT, becoming the brand’s first marketplace ambassador.

In fourth place wereTasha GhouriandAndrew Le Page , who were the first 2022 couple to make things official, with Tasha asking Andrew to be her boyfriend in the villa.

Both viewers and fellow islanders predicted that the pair wouldn’t last on the outside, both the happy couple appear to be proving any naysayers wrong.

The pair are currently living together in Tasha’s London flat.

And in a Q&A video on Tasha's YouTube page, Andrew admitted he was going to complete a British Sign Language (BSL). He said: "It's definitely something I definitely wanna learn. I know it means a lot to Tash and it would be a pretty cool skill to have."

Tasha has also landed a huge fashion detail with eBay UK, which she announced on social media.

She wrote: “"A BIRTHDAY GIFT TO LAST A LIFETIME. I am over the moon to announce I am @ebay_uk first ever pre-loved ambassador.”

Both Tasha and Andrew appear to have unfollowed ex-Islander Jacques O'Neill, afterbullying allegations were made towards him.

While rumours that the pair had split began to swirl upon their departure from the villa, the two have since attended events together and seem as happy as ever.

The pair recentlyput on a united display, as they made an appearance at the In The Style pop up shop in Manchester.

Paige and Adam were also seen together when they posted on Instagram about his new tattoo, which Paige joked was going to be of her name.

Prior to Adam’s arrival in the villa Paige had been coupled up with Jacques, whom she has apparently not spoken to since returning to the UK.

Danica Taylorstruggled to find love in the villa but appeared to have found her happy ending when footballer Jamie Allen arrived as a last minute entry.

And after leaving the villa the pair were discussing babies with OK! andtold us they had plans to make things official.

However there appears to have been a change of plans, with a source tellingMailOnlinethat “Danica and Jamie have gone their separate ways.”

Since their apparent split Danica has been pictured kissing TOWIE’s Roman Hackett.

A source has told OK! that Danica is apparently “torn” between the two men and doesn’t know what to do.

Danica and Roman met at the Married At First Sight launch.