Trompe l’oeil “naked” looks have been inescapable this summer, popping up everywhere from from red carpets to mirror selfies. But would you try the trend during a first-time family meeting?

“Licked her tit or whatever💋,” the influencer captioned her snaps of the daring top, poking fun at a naughty moment between contestants Andrew Le Page and Coco Lodge. 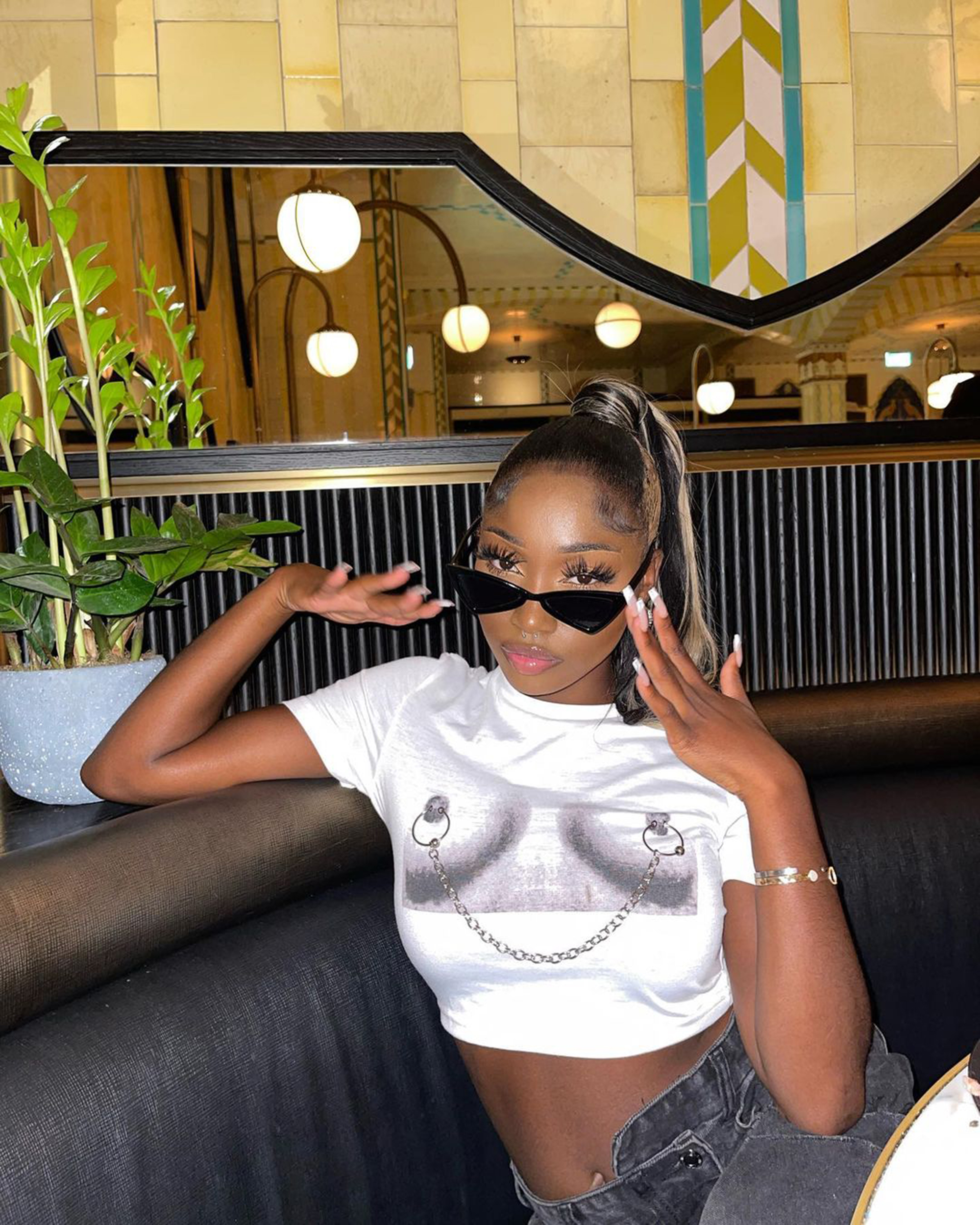 Dami documented Indya meeting his grandmother and the rest of his family via FaceTime on his Instagram Stories.

“Bruh, the top had me stressed lol Thank God grandma is chill or just too happy to notice,” one nervous fan tweeted. “No way she met her w that shirt on😭” another wrote, to which a third responded, “They just watched her in bikinis for 7 weeks.” 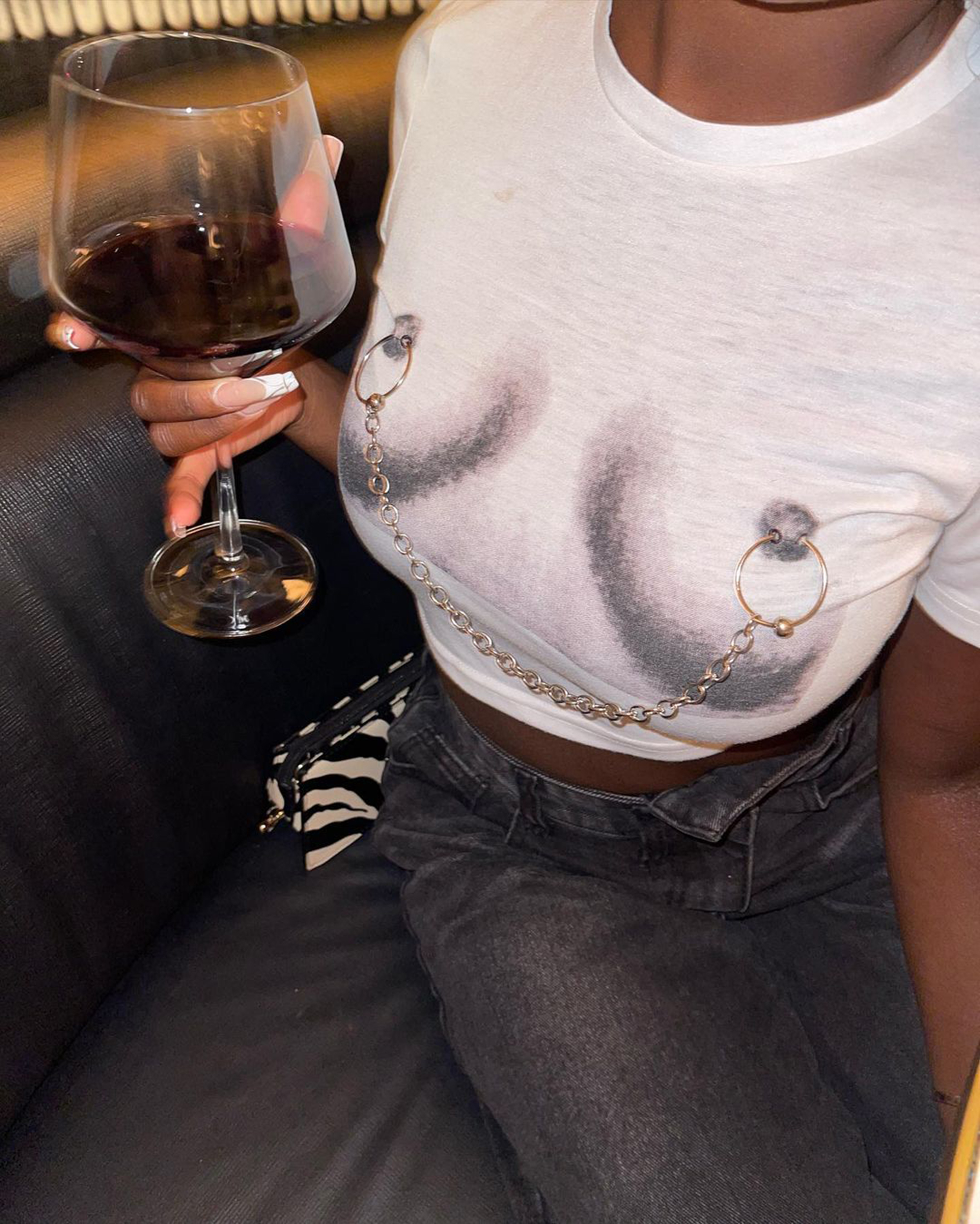 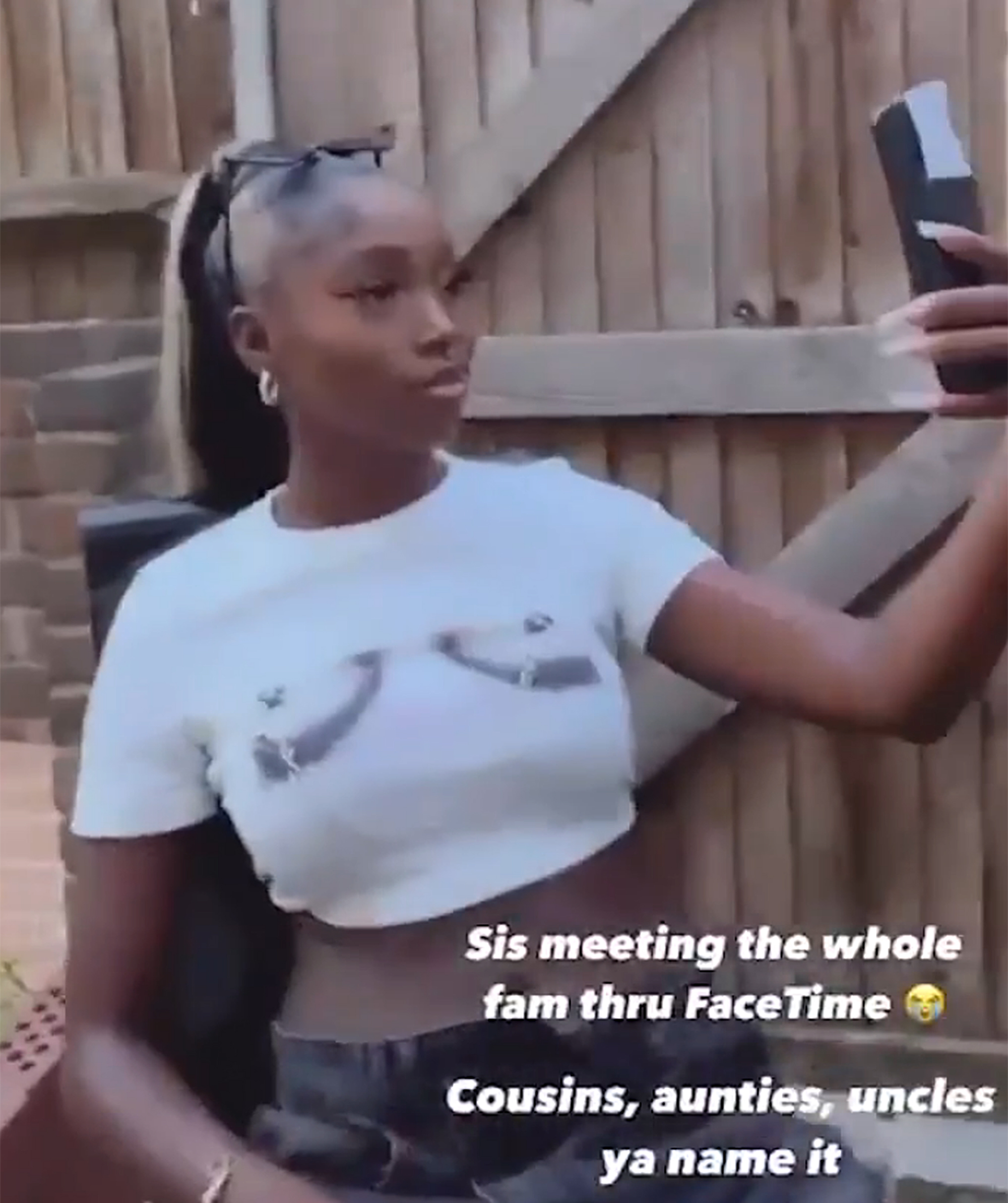 Some supporters loved the X-rated T-shirt enough to buy it up. “The gworls saw Indiyah wearing the tiddy top, found it and sold it out within minutes. Her influence >>>>>,” an admirer chimed in. 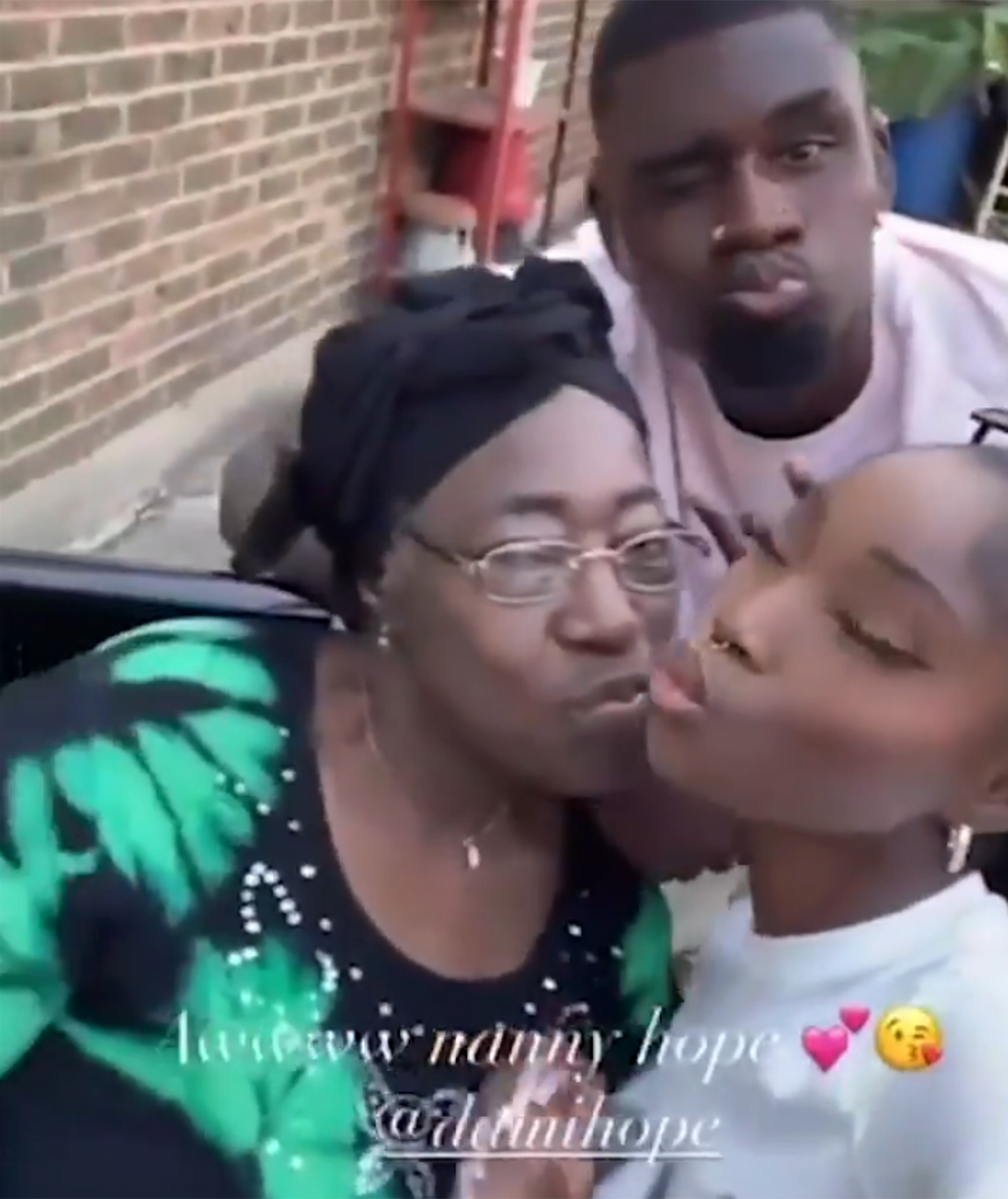 Dami hit back at haters in a video, clarifying, “I told her to wear this, this spectacular top.” Indiyah explained the raunchy look was chosen “in light of Dami losing his nipple piercing,” while Dami added, “My grandmother loves it so, we don’t care.” 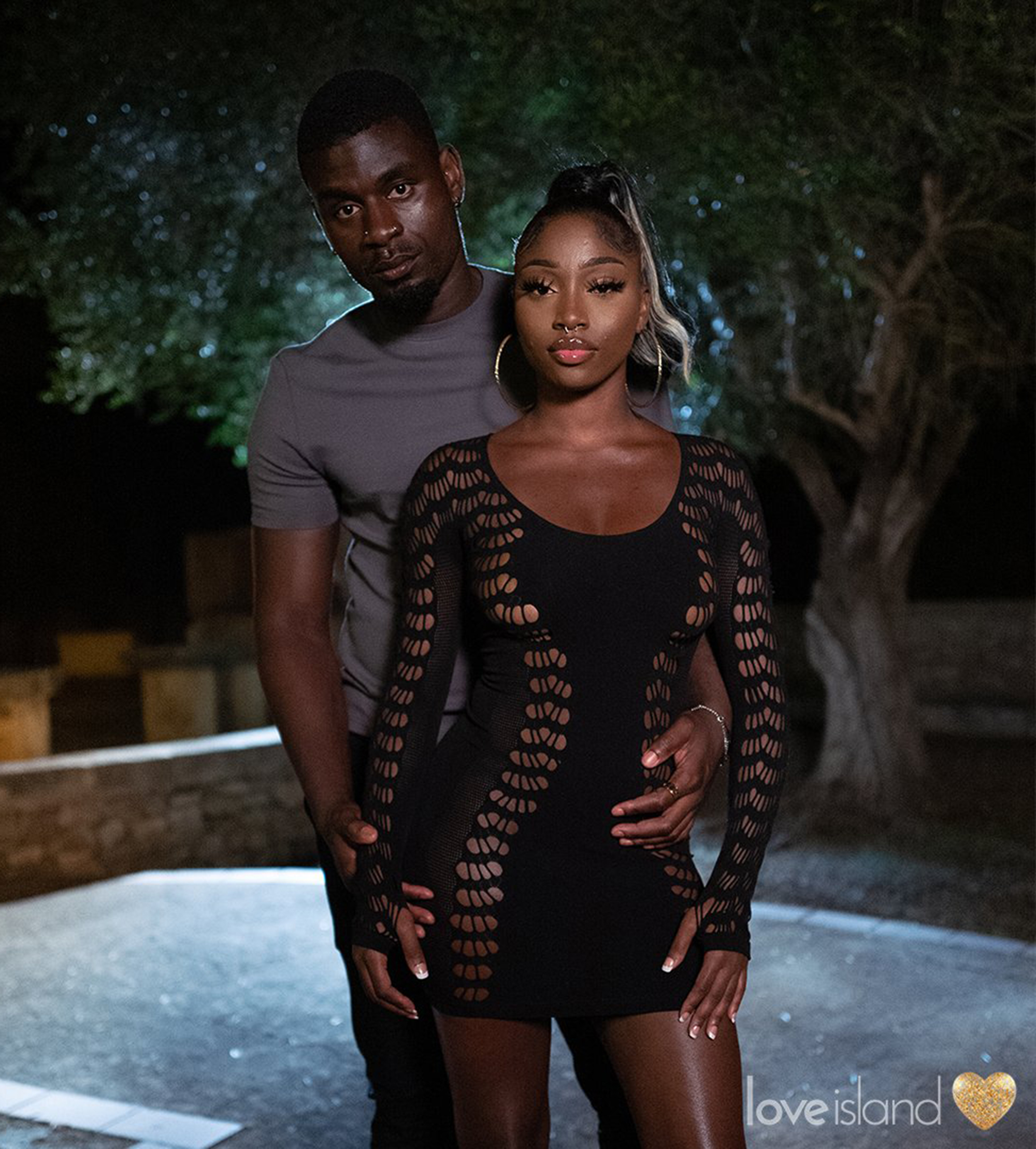 Even Andrew’s current girlfriend, Tashy Goury, liked the look, sharing the photo to her Instagram Stories and commenting, “THE CAPTION” and, “you’re so beautiful I miss your face.”

Luckily, Tasha can see lots of her face (and her body) on social media whenever she wants.