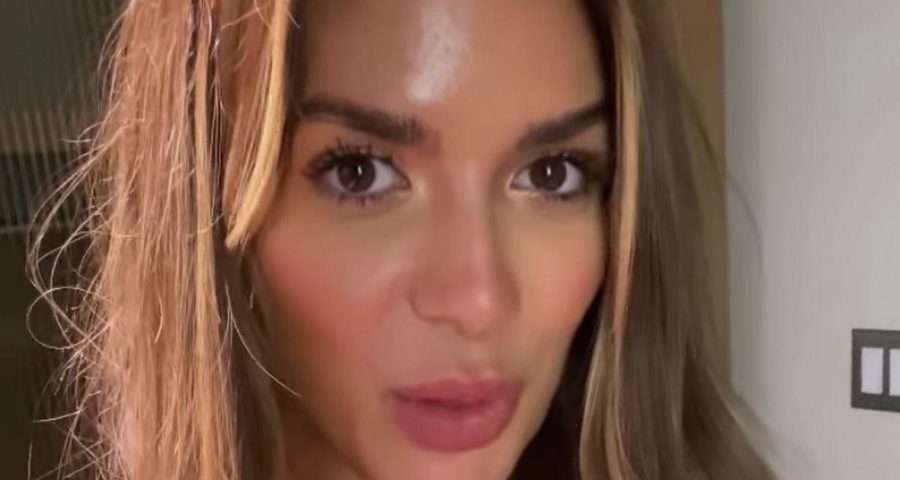 She's amassed a huge fanbase in the UK, and over in the US Love Island winner Ekin-Su Cülcüloğlu appears to also have won over many supporters.

The 28 year old, who won the 2022 series of the dating show alongside Davide Sanclimenti, 27, has jetted off to Los Angeles on a solo trip where she's "shooting" an exciting new project.

Keeping the details of her venture under wraps, Ekin-Su shared a message for her fans on social media, saying: "I'm actually in LA and I'm very excited to be shooting here.

"I'm so excited I'm actually here! LA baby," she said as she smiled at the camera.

After showing her Instagram followers a sneak peek inside her lavish hotel suite, Ekin-Su headed out to explore LA.

The actress could be seen strutting down the street wearing a bright blue crop top and matching leggings, paired with Nike trainers and a black Gucci handbag.

As she made her way down one road, she was approached by a fan who excitedly greeted her. Ekin-Su looked overwhelmed as she exclaimed: "Fans in the USA who would have thought!"

She embraced the fan, who couldn't contain her excitement, in the clip and wrote: "Fans even LA," alongside a crying face emoji.

A second video closely followed, showing the Love Island winner hugging another supporter outside a restaurant, which she shared alongside the caption: "Beautiful fans in LA! So grateful to meet all of you.

"Overwhelmed how much love there is in LA. And how much they supported me during the show," added alongside a red heart emoji.

Ekin-Su is yet to reveal what she's shooting in LA, but the 28 year old is believed to have many projects in the pipeline after her Love Island win.

Many fans have been calling for her to replace Laura Whitmore, 37, as the host of the ITV2 dating show, after she recently announced that she will not be presenting the next series.

Love Island fans have taken to social media to vouch for Ekin-Su to takeover the gig, with saying she is "perfect" for the role.

Other celebrities who are favourites to replace Laura, who started hosting Love Island in 2020, include Emily Atack, Maya Jama, AJ Odudu and ex-Islander Maura Higgins.