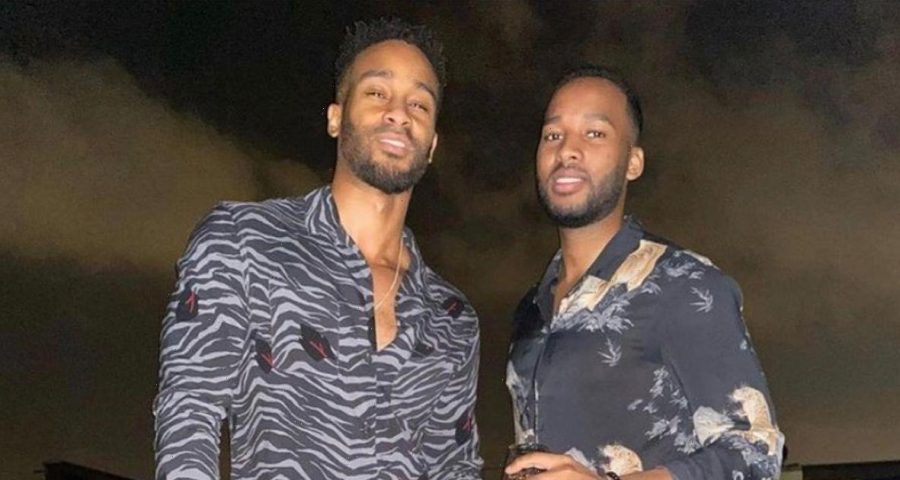 Teddy Soares was arguably one of Love Island 2021's most popular male contestants, with plenty of the series' newcomers sticking it on the gorgeous islander during their time of the show.

The 26 year old former financial consultant found love with lettings negotiator Faye Winter, 25, on the ITV2 series, and only had eyes for the blonde beauty despite plenty of women making their attraction towards him clear.

Luckily for fans of the Manchester-based former model, Teddy has two male siblings who are near-enough identical to him.

And although one of them is currently loved up just like Teddy, there is one brother left who is very much single and ready to mingle.

Teddy is the middle brother of three, and has a younger brother called Carlos, and an older brother named Sidney who is around 27 years old.

On his Instagram stories last night, Teddy was asked by a fan if any of his brothers were single.

"Is anyone of your brothers single? Asking for a friend?" wrote the fan.

Teddy replied during his Q&A, filming himself answering the cheeky question.

Claiming he is a huge fan of matchmaking, he said: "I love to play cupid, so I'm definitely gonna answer this one."

He explained that: "Carlos Soares is single, Sidney Soares is not," adding that his younger sibling is "taken by the lovely Alina."

The Love Island star even went so far as to drop his brother Carlos' account handle in the story.

He concluded: "And just to make it easier for you guys, I'm gonna 'at' him."

Carlos, who can be followed at @c30soares, lives in London and described himself as a 'technology enthusiast'.

His exact age isn't known, but it's thought he is around 25 years old.

According to his LinkedIn, Carlos works as a Programme Manager Lead at Vodafone Automotive and also holds an impressive Bachelor of Laws from Buckinghamshire New University.

All three brothers are incredible close and have all shared numerous snaps together from past nights out.

Carlos re-posted his brother's shout-out on Instagram, confirming that he is very much single and looking. He jokingly commented "Hands up if you're a third wheel!" under the re-posted story.

With just under 4,000 followers on Instagram, there's a good chance that any prospective girlfriends will easily be noticed by the younger Soares brother.

So if Carlos is your type on paper, and you like the idea of being Faye Winter's potential sister-in-law… You know what to do!

For more juicy gossip on your favourite stars, sign up to our daily newsletter here