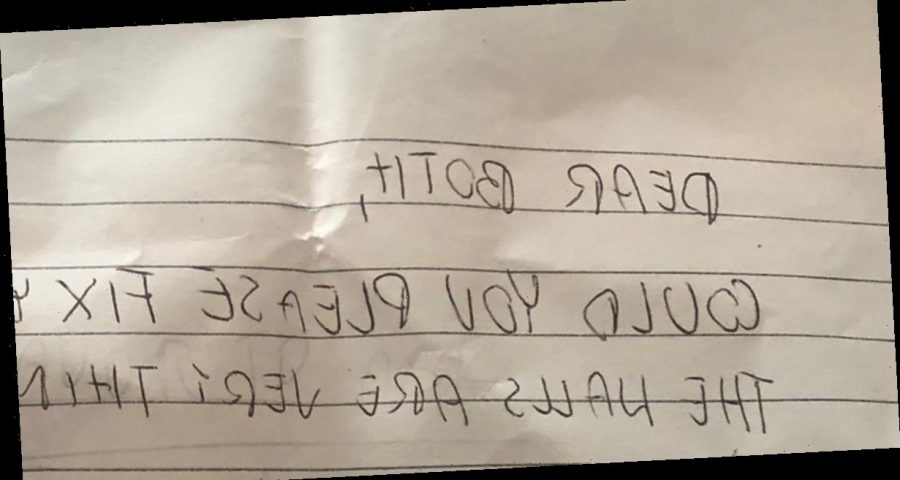 It can often be embarrassing receiving a note from next door asking you to keep the noise down.

And for one man, he certainly felt that shame when he was handed a message from his neighbours.

Posting on Twitter, the user known as @zef2def, described how he felt mortified after receiving the note.

In the message, it said: "Dear both, could you please fix your bed?

"The walls are very thin in this building and we don't really want to know when you are having sex.

"This issue concerns new flats. Many thanks in advance! Your neighbours."

The social media user captioned the post: "I am mortified," which has since gone viral online.

One joked: "Runs to the shop to buy oil to fix squeak," another praised: "Me and my husband just LAUGHED OUT LOUD."

A third commented: "I'm dead hahaha," and a fourth wrote: "Be even louder next time."

While a fifth commented: "'This issue concerns a few flats'. Oh my God, have they all been talking to each other about this?!"

The man later clarified a few points from the message he received from his neighbours.

Replying to a Twitter user, he said: "I don't have a squeaky bed, it's the headboard getting slammed into the wall."

Meanwhile, this isn't the first note to go viral in recent weeks.

Previously, a motorist was left reeling after finding a sarcastic note on a car "admiring parking".

A picture of the brutal note went viral on Reddit's funny forum, where it garnered more than 38,100 upvotes.

Many commenters said the savage put-down was from the "passive aggressive playbook" and had cracked them up.

One Redditor laughed: "Ah the note I've always wanted to write but never had the balls to do so."

Another said: "Frankly I'm getting some mixed messages from that note."