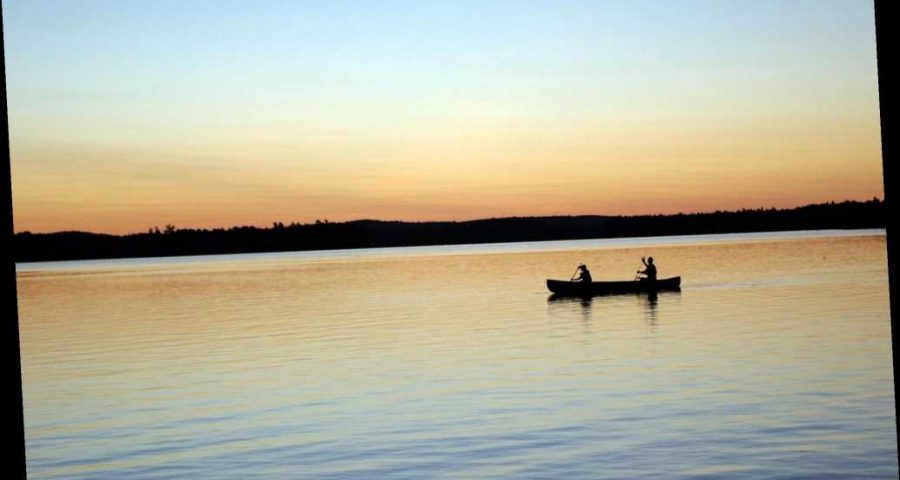 A man and deer are lucky to be alive after both were rescued from an icy lake in Maine.

Rick Crowe was visiting Long Lake on Monday morning just before 8:30 a.m. when he noticed a deer that had fallen through the ice, according to a press release from the Maine Department of Inland Fisheries and Wildlife.

Wanting to help the wild animal, Crowe, 63, put on a life jacket and used a canoe to travel onto the ice and rescue the deer, wildlife officials said.

However, before the Princeton resident could do so successfully, his canoe overturned and sent him into the frigid waters.

Crowe's wife Tina, who was watching the incident unfold, immediately called Game Warden Brad Richard to help her husband in the water, according to the press release.

Upon their arrival, the airboat, along with Princeton Fire Chief Tony Ramsdell and Princeton Firefighter Chris McPhee, went out on the water to rescue Crowe.

Ramsdell, wearing a cold water rescue suit, was able to jump into the lake and secure Crowe, who officials said was "conscious but severely hypothermic."

After pulling him from the frigid waters, Crowe was immediately transported to Calais Regional Hospital by ambulance. Wildlife officials said his body temperature was 89 degrees on his way to the hospital.

While Crowe was receiving medical attention, Richard and two others retrieved Crowe's canoe and also managed to bring the deer to shore safely.

In the wake of the incident, game wardens urged people to use caution before going out on the ice.

"The ice this year can be treacherous, as warm weather and rains in December have left many lakes and ponds with far less ice than normal," the press release states. "Game Wardens remind everyone to check ice thickness before heading out for any activity on the ice."