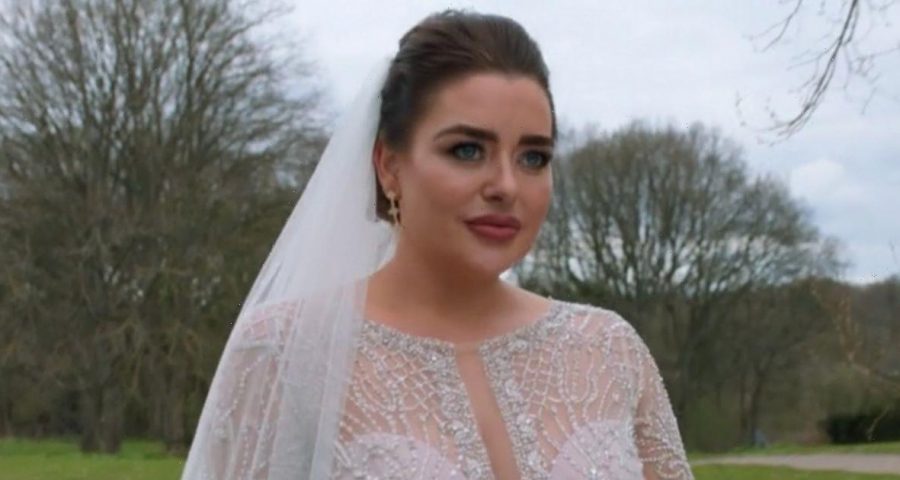 Join the Club! Get all the gossip on fashion and beauty and never miss out on top stories again

We’re on the home stretch of Married At First Sight UK now, with just a couple more weeks remaining of the sixth season, and are equally as obsessed with the stars’ beauty looks as we are with the highs and lows of their new marriages.

One of this year’s most glamorous contestants is sports journalist and former glamour model Amy Christophers who, luckily for her 133k followers, has been taking the time to give us all a look inside her beauty routine – and says she has had her lip filler dissolved since leaving the show.

During an Instagram Stories Q&A over the weekend, one fan asked where the 34 year old had had her lips done and how big they were before she got the treatment.

"Aww thank you!!," the star wrote in reply. "I’ve actually had my lips dissolved by @lift.aesthetics since coming out of the experiment. Ellie did refill them (as dissolving takes away your natural collagen too) but only with 0.5ml back in June, so I’m pretty much back to my natural lips now."

She added, "I will probably get them done again at some point. But right now I’m loving the natural look."

Also known for her full and defined arches, another fan was desperate to know how Amy looks after her eyebrows.

"Genuinely I just brush some mascara through them – I’m so low maintenance," she wrote in reply alongside a laughing emoji. “Although I’ve just discovered @hdbrows official brow glue & it’s a game changer!!

"I dye my brows myself every other week & then when I can I see HD brows to have a shape up and tidy & then I just keep on top of them,” she added.

During the Q&A Amy also revealed that her favourite skincare brands include REN, Kiehl’s and Simple.

"I’ll get round to filming a makeup routine & skincare routine at some point…" she wrote. “I’m trying to relax this week as I’m moving back to London the week after. But this has been a very popular request!"

She added that, until the show, she didn’t consider herself as someone with fashion or makeup skills. “Tbh I don’t get excited by makeup, I just do it so I look half decent!”

Considering she isn’t excited by makeup, we think Amy’s application skills are rather on point.

For all the latest celebrity news including their biggest beauty secrets, sign up to the OK! Daily Newsletter now