To read Marsai Martin’s full Girls United digital cover story and see all images from her photo shoot, head over to https://girlsunited.essence.com/.

Subscribe to the ESSENCE Girls United daily newsletter to stay updated on how today’s generation of Black women are shaking sh*t up in entertainment, fashion, politics, beauty and more!

Her mother is present, as is her personal stylist, Jason Rembert. Throughout the day, both refer to Marsai by her given name, Caila. It’s a subtle reminder that though she’s a hollywood star, she’s also still a teenager backed by adults who truly know her.

Marsai’s mother, Carol Martin, has told the story of a few agencies who initially turned Marsai down because they already represented a Black girl and didn’t see the value in having another.

Though representation has become the rallying cry for companies and institutions in recent years, Black people know that inclusivity can often be a marketing tactic—or simply something to say. But when it’s genuine, Marsai wholly believes in it, as people recognize its power.

“It really sucks to say, but people are just now starting to understand that we as Black people have very creative minds and we won’t stop until we get there,” Marsai said days before the shoot, via Zoom, from a car as she zipped to meetings. 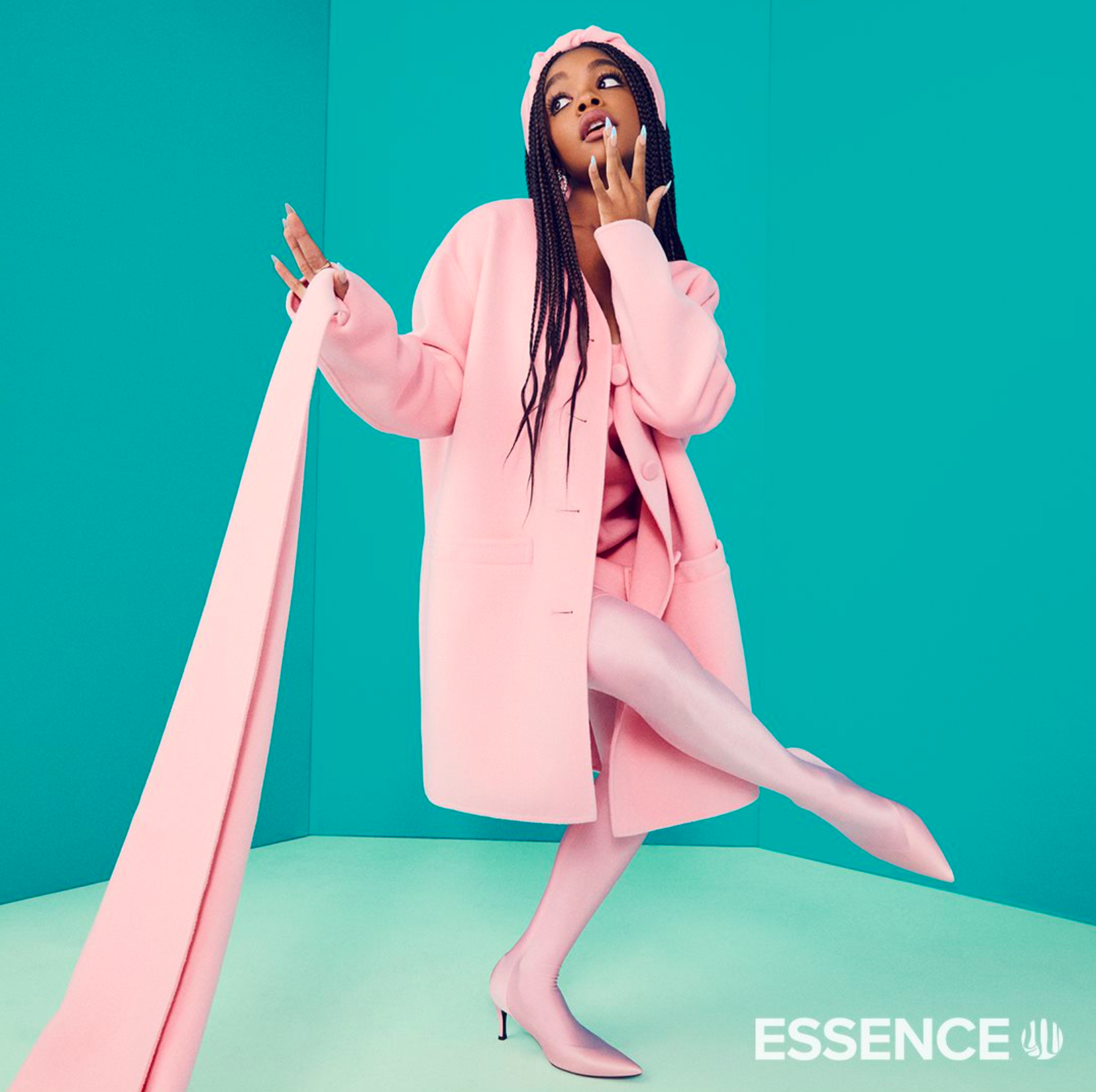 To read Marsai Martin’s full Girls United digital cover story and see all images from her photo shoot, head over to https://girlsunited.essence.com/.