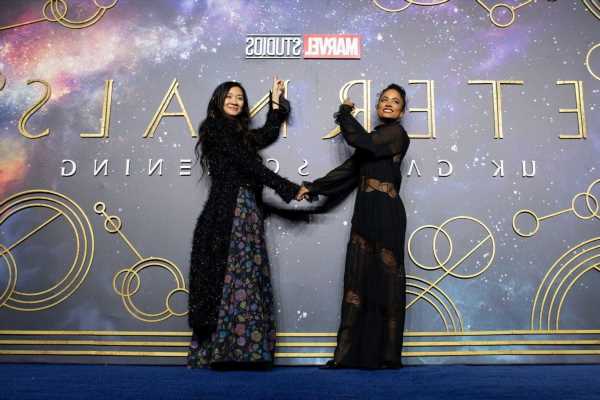 Even though many critics gave Marvel’s latest film, Eternals, negative reviews, people flocked to the theaters to see the movie. And after experiencing Eternals, many fans wonder if there will be a sequel. While director Chloé Zhao cannot confirm or deny a second film, she discussed her approach to the first movie and why it has an open ending. To be more specific, Kevin Feige had a big say in how Eternals ended, and he is why fans believe there will be a sequel.

The end of ‘Eternals’ leaves the door open for a sequel

In the final act of Eternals, audiences discovered that Ikaris killed his fellow Eternal Ajak and committed himself to blindly following the Celestials. He wanted to ensure that the Emergence took place and was ready to kill anyone who tried to stop it.

But when the Eternals, led by Ikaris’ old flame Sersi, used their Uni-Mind to try to stop the Emergence, Ikaris couldn’t bring himself to kill Sersi. He let Sersi turn the new Celestial into marble. And overcome with guilt, Ikaris flew into the sun.

Afterward, Thena, Druig, and Makkari left Earth in search of other Eternals. And Sersi, Phastos, Kingo, and Sprite, who is now human, remained on Earth. But just when the audience thought there would be a happy ending for the remaining Eternals, Arishem dragged Sersi, Phastos, and Kingo into space to confront them about stopping the Emergence. The Celestial told them that he would spare humanity if their memories proved that humans were worthy of living.

In the post-credits scene, the Eternal Eros, played by Harry Styles, appeared on the Eternals’ spaceship and offered to help Thena, Druig, and Makkari with their mission. And in the other scene, Dane Whitman opened a chest that contained the Ebony Blade. A voice offscreen asked Whitman if he was ready to use it. So, an Eternals sequel looks pretty likely at this point.

Chloé Zhao is asked about the rumors surrounding an ‘Eternals’ sequel

During an interview, Elle asked Chloé Zhao about the open-endedness to Eternals and plans for a sequel. Of course, the director avoided the topic of a second film in true Marvel fashion. But she did comment on whether or not a sequel was in her plans during pre-production.

Zhao said, “You know, I was very encouraged to make a good standalone film and nothing further. With this specific film, let’s put everything on the table and see what happens.”

So, according to Zhao, when Marvel hired her to direct Eternals, she was not made aware of the possibility of a sequel. But it’s hard to believe that there won’t be one, given how the movie ended.

When Elle asked Zhao about the open ending in Eternals, and if it means there will be a sequel, she pointed the blame toward Kevin Feige, the President of Marvel Studios.

Zhao said, “I don’t think I’ve ever said this publicly, but there was a time, in the script, [when] it was a very sort of nice ending. It was wrapped up. Like, the world is saved, happy-happy, but Kevin was not satisfied with that. Deep inside, I wasn’t either. And he really challenged me. This was actually his idea.”

She continued, “He challenged me to think about: There are consequences to our actions, even the heroic ones. So maybe, a decision this big, the third act, something this big happened, there’s gotta be consequences. It can’t just be like, ‘Oh, we saved humans, therefore nothing we do should ever be a problem.’ That kind of defeats the whole complexity that we tried to achieve with this film. So yeah, that ending was born out of that.”

It sounds like Zhao truly did not have a sequel in mind when preparing for Eternals. But, as is usually the case, Feige wanted to leave the door open for these characters.