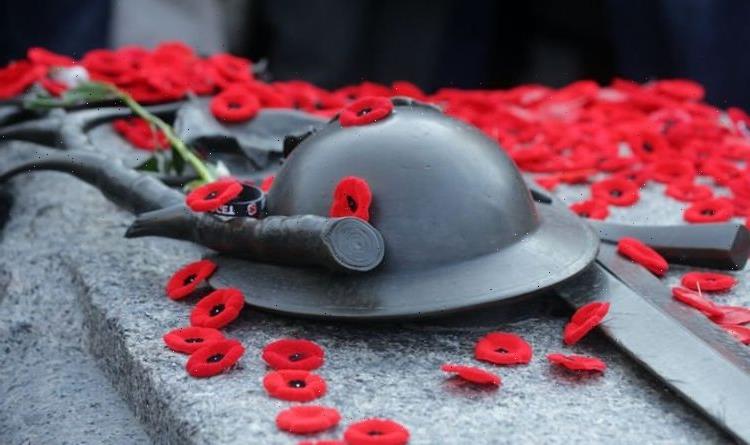 In 2021, November 11 marks 103 years since Europe signed the 1918 Armistice, concluding World War 1. Commemorations, as usual, have started far earlier as the Royal British Legion raises money with their Poppy Appeal. Their poppy pins will line the streets for the next month, and people have several types to choose from.

What do the different coloured poppies mean?

But their versions only come in the official red, with the exception of some more luxurious items such as silver.

What does the red poppy represent?

Scores of the red plants sprouted on fields where soldiers fell during the conflict, which lasted from 1914 to 1918.

The commemorative paper poppy pins have co-opted the symbol to represent that fateful war and every following conflict.

What does the white poppy represent?

While the red poppy doesn’t explicitly glorify war, some feel it celebrates past conflicts.

Those wearing a white poppy on the streets this month support peace and the Peace Pledge Union.

Members and backers of the organisation, founded by Anglican priest Dick Sheppard in 1934, see war as a “crime against humanity” and have renounced it while aiming to “work for the removal of all causes of war”.

What does the black poppy represent?

Much like the red poppy, the black version remembers fallen soldiers.

But it primarily focuses on commemorating Black, African and Caribbean people who contributed to the war effort.

What does the purple poppy represent?

The purple poppy follows in the footsteps of its red and black counterparts.

But rather than celebrating human achievement, they focus instead on animals.

Armies have commonly relied on horses, pigeons and dogs for aid during conflict, making them “victims” in the eyes of the War Horse Memorial, which organised the campaign.

What does the blue poppy mean?

The blue poppy is an impostor, as it is the only one people may sport without a connection to remembrance.

The plants themselves are native to the Himalayas and favoured by some people who hail from Bhutan, for which it is the national flower.

Blue poppies have a close association with spirituality, which may explain why others wear one.