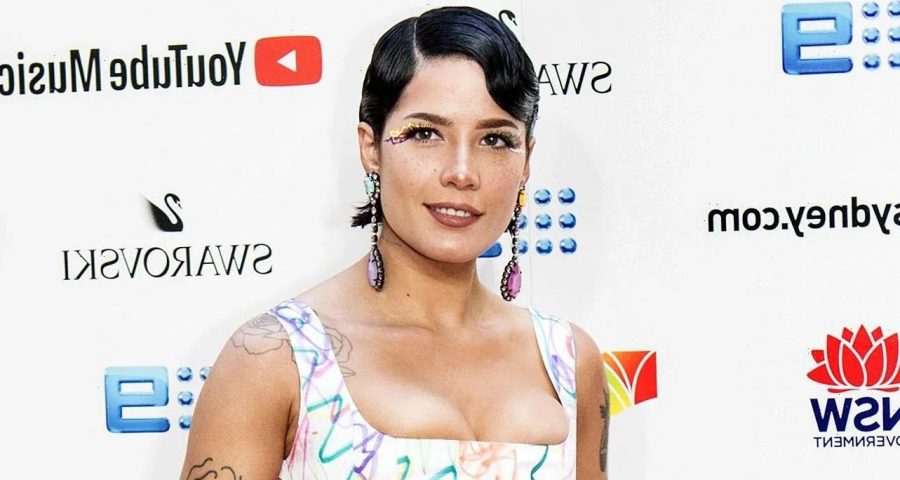 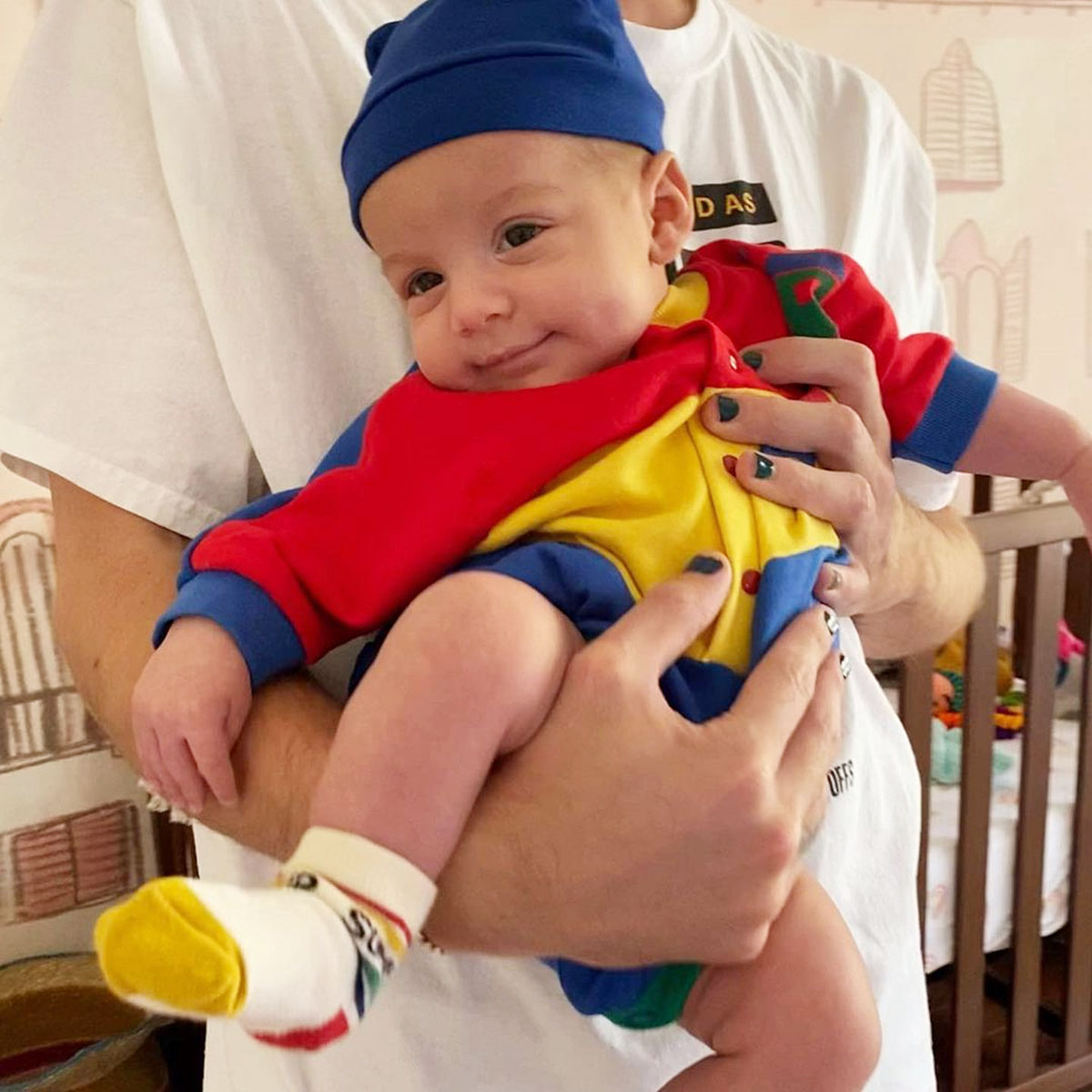 “The best birthday gift there is,” the singer, 27, captioned a Wednesday, September 29, slideshow via Instagram showing the little one rocking a color-blocked onesie, matching socks and a blue hat.

The I Would Leave Me If I Could author welcomed their newborn in July with partner Alev Aydin. “Gratitude. For the most ‘rare’ and euphoric birth. Powered by love,” the Grammy nominee wrote via Instagram at the time. “Ender Ridley Aydin 7/14/2021.”

Halsey announced their pregnancy news in January, and they felt “over the moon” about becoming a parent, a source exclusively told Us Weekly the following month.

Everything Halsey Has Said About Having Kids Over the Years

“They’re giving themselves so much tender loving care and focusing on what’s to come,” the insider added in February. “They are doing a lot of meditating, eating healthy, doing yoga and overall focusing on resting and giving their body as much TLC as possible through this beautiful transition. They see this as a time to write new narratives and get super creative with their music. This is the next chapter of their life and they see it as somewhat of a new beginning.”

The New Jersey native previously suffered a miscarriage in 2016 and has since been open with their fans about their endometriosis, freezing their eggs and more over the years.

Halsey and More Stars Who Had Children After Miscarriages

They “tried very hard” to conceive their little one with Aydin, 38, telling Allure in July: “Alev and I have been really good friends for four years. And when the stars aligned, our relationship became romantic and it was pretty evident that he and I were both like, ‘Oh, my gosh! You’re the person I’m supposed to start a family with.’ A lot of people had opinions about that.” 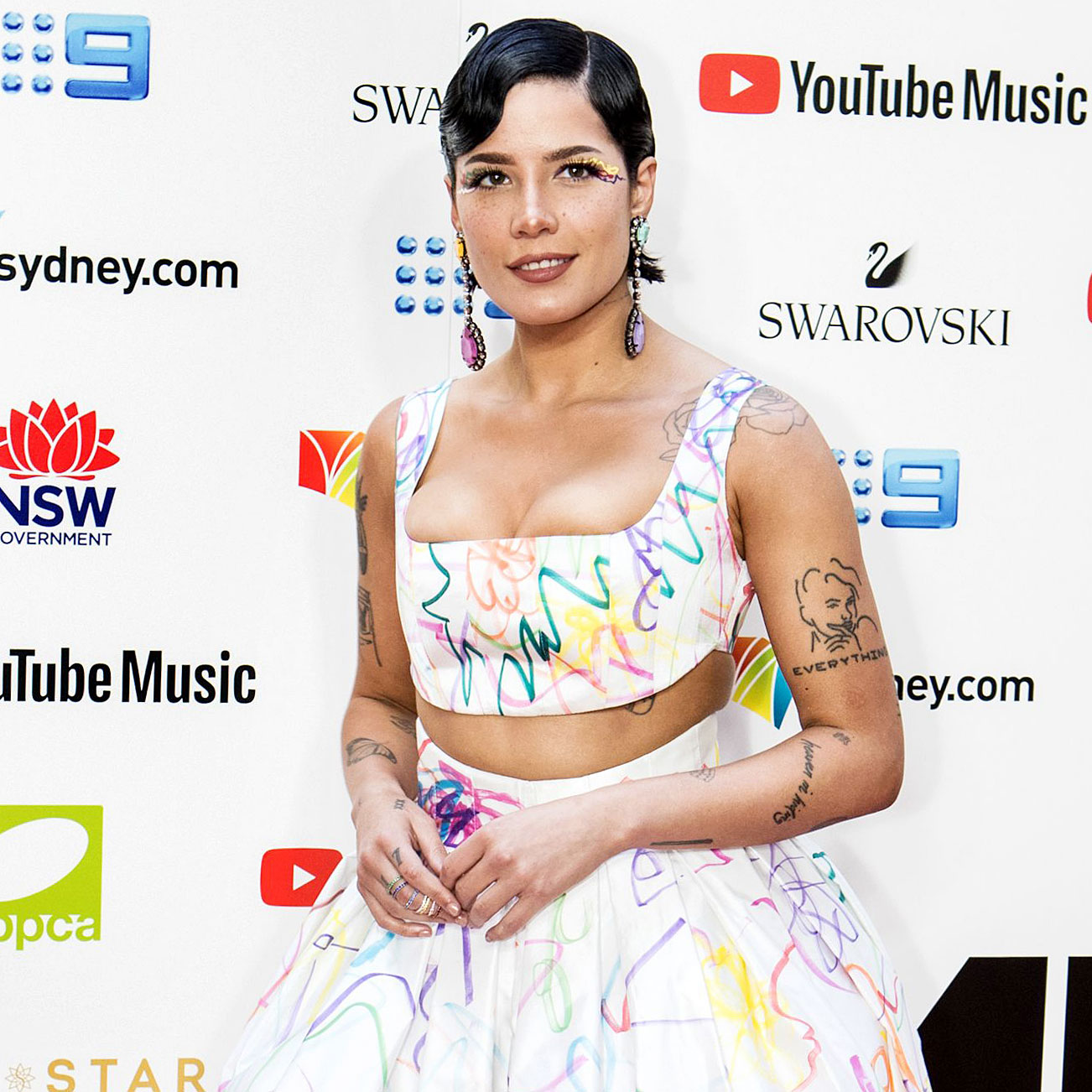 The songwriter told Apple Music 1 the following month that they were treated like a pregnant teen after debuting their baby bump via Instagram.

“People were like, ‘Oh my God, you’re so young, and you have so much to do in your career, and you’re not married and you’re this,’” the “Bad at Love” singer explained in August. “It triggered all of these feelings of shame from when I was younger. It triggered a lot of old feelings of shame in me where I was like, ‘How can you have an opinion, that kind of opinion on me making this decision?’ … I was like, ‘This is important to me.’”