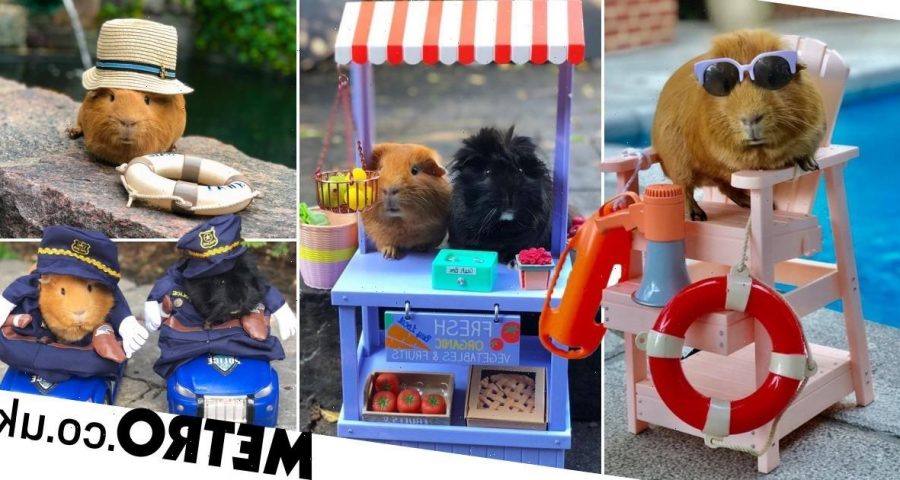 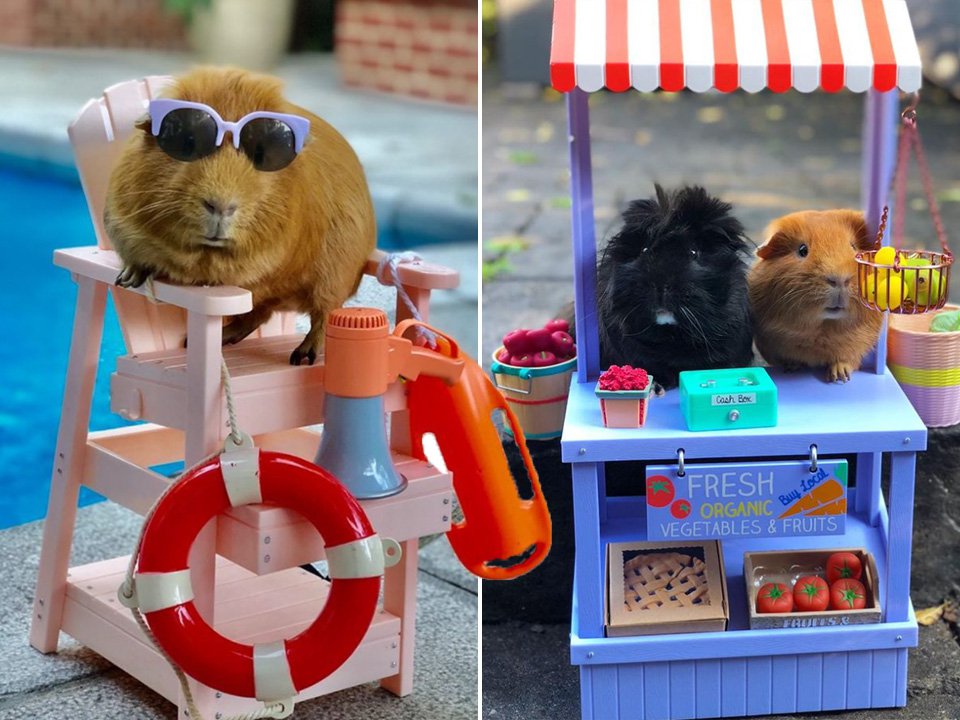 Two hard-working guinea pigs have taken over the internet because of their jobs, and quirky outfits.

Just like the rest of us who have to work to pay for rent and bills, these guinea pigs have joined the workforce – and they look adorable while on the job.

Buster and Bingo are five-years-old and live in Montreal, Canada, with their owner Melissa Trihey.

Melissa has had the guinea pigs for the last five years and recently began posting photos and videos of them dressing up, doing yoga, performing, and ‘working’.

She says Bingo and Buster have no issue with working for their meals: ‘They love food and never like to feel lazy, so I got them working a little in exchange for yummy veggies, they also like to get dirty in their counteraction job.’

Bingo and Buster have a number of jobs, including as construction workers, bus drivers, police officers, lifeguards, and even a stint as a Ghostbuster.

But, it’s not all work and no play for the guinea pigs – as they have a number of hobbies too, regularly participating in stand-up paddle boarding, flying, lounging on a lilo, and enjoying picnics together.

They get to take regular breaks and holidays from their hard work too, so long as they have enough annual leave remaining of course.

‘People young and old go crazy for our videos because it’s very original, colourful, cute, and fun. I watch them and think just how cute the pair of them are,’ she says

Melissa’s favourite video is when Buster and Bingo heading out to do some construction work with their mini hard hats in the back of the truck.

She continues: ‘Bingo and Buster are probably the coolest guinea pig brothers on the planet! They have a vehicle collection and always dress up in the latest trends.’

Though Melissa has a number of other pets, including three dogs and two ducks, and a pig that also cameo on her Instagram, it is clear that Buster and Bingo are the ones most often put on the rota.

There are nearly 600 posts on her Instagram, the majority of which feature Buster and Bingo in a variety of workplaces and wearing different uniforms, as per company guidelines of course.

She often buys costumes for Bingo and Buster on Etsy and will set up the backdrop and props for her ‘boys’.

‘I do get excited when I buy costumes for them and then I am inspired to do a set up for the,’ she says.

Get in touch by emailing MetroLifestyl[email protected]