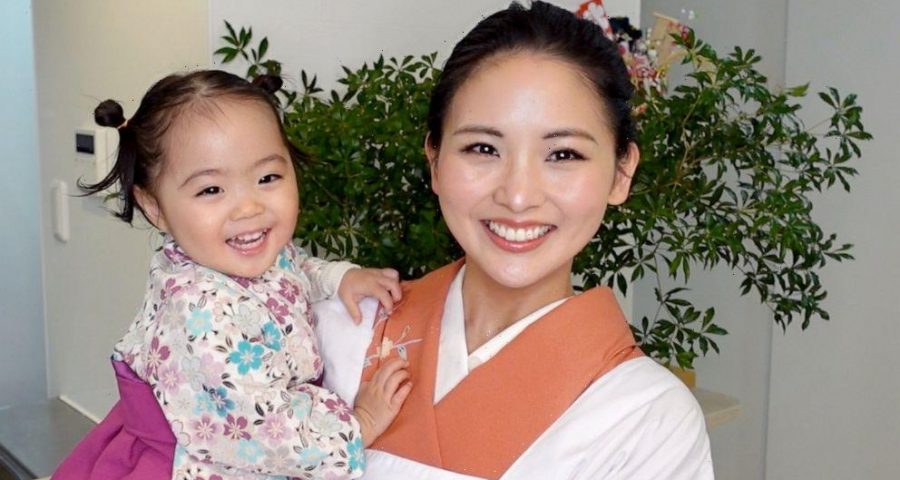 Moe, 30, is a former geisha turned mom and YouTuber. She’s well aware of how drastic her career change may look as no two professions appear to be more different.

In Japan, geishas are enigmas with utterly private lives. They study traditional Japanese performing arts and use that knowledge to entertain guests through their own performances at parties. Gaining entry into one of those parties is a guarded secret and unlikely for the common passerby.

On the other hand, YouTubers are, for the most part, open books with much of their lives laid bare for all to see. They vlog about their daily lives, share intimate details and show off their home spaces.

But for Moe, known as “Kimono Mom” on YouTube, both of her chosen professions are rooted in the same thing: a love of culture and a desire to preserve it.

The path to becoming a geisha

It all started when Moe was 15 years old and living in Kyoto.

“When I was in my first year of high school, we had homework to find 10 different unique jobs,” she told “Good Morning America.” “My grandfather was teaching calligraphy at Gion, where maiko and geiko were living. … At that time, I realized that I lived in Kyoto but didn’t know much about maiko and geiko, and I didn’t even know how Japanese traditions were preserved, so I interviewed them.”

Moe, whose last name is being withheld for privacy reasons, said she was impressed by how hard maikos (apprentice geishas) and geikos (another word for geisha) worked to preserve Japanese culture.

“When you go to a geisha party, there are guests waiting,” Moe said. “I’d bring food, drinks and show them Japanese dance.”

Moe completed her apprenticeship and became a full geisha at age 20, and said that while the work was demanding, she loved it.

“I liked to be on stage,” she said of her favorite part of being a geisha. “I’ve always liked to stand out since when I was little.”

Traditionally, geishas aren’t allowed to marry. If they want to do so, they have to retire from the profession. So when Moe married her first husband at the age of 21, she was forced to quit.

“A geisha has to quit when she gets married,” she said. “So [when] I got married, I retired and went to Tokyo to have a married life.”

Life in urban Tokyo was completely at odds with her previous life, and Moe said she was “shocked by the cultural difference.”

As a housewife with a husband who didn’t want her to go out, Moe said she felt “like a bird in a cage.” Now knowing what the world outside of the okiya was like, she didn’t want to give up her freedom and pushed for a divorce.

“After I knew my freedom, I met many various people and I couldn’t live without my real personality,” she said.

Moe started working and later remarried. However, after she became pregnant and gave birth to her daughter, Sutan, she again had to leave her job.

“I always thought that I didn’t want to go back to living as a housewife,” she said. “But I didn’t know that being a mom was so busy.”

In early 2020, a YouTuber named Paolo contacted Moe to ask if she’d be willing to be filmed for his “Japan Day in the Life” series. Her video focused on a day in the life of a Japanese mom and, with 15 million views at the time of writing, is his most popular in the series.

“At the time I was featured in Paolo’s video, I had never seen YouTube,” Moe said, adding that Paolo was the first YouTuber she’d ever met. “I intuitively thought, ‘Maybe I can do it too.'”

For her channel, Moe thought to feature what was familiar.

“When I thought about what I could do now, I had an idea that I’d try to combine kimono and cooking,” she said. “I make recipes because I want people from overseas to see them. … I use ingredients that are easily available overseas.”

Armed with just an iPhone and laptop, “Kimono Mom” was born.

The videos have a universal appeal

In her first video on Feb. 21, 2020, Moe is in a kimono as she demonstrates how to make a deep-fried lotus root sandwich. Throughout the video, she has to stop what she’s doing multiple times because of Sutan crying or wanting to be held — an experience that parents everywhere know all too well.

While some may edit out those clips or reshoot, Moe doesn’t shy away from them, leaving them in the final product. It’s this level of authenticity that Moe believes is the reason her channel has garnered such an international following.

“The image of mothers is international,” Moe said. “It doesn’t change so much in Japan, the United States or Brazil. There are mothers all over the world so even if the person watching isn’t a mother … a mother’s presence is close to people’s hearts.”

Initially, Moe didn’t want her daughter to appear in the videos for privacy reasons, but said the nature of being a mom to a young child made it “inevitable.”

“My daughter hasn’t left me alone since she started talking,” Moe said. “It feels like she’s always next to me.”

With her videos, Moe hopes to provide a lens into Japanese culture, food and motherhood. In addition to cooking, Moe also vlogs about other aspects of her life, such as her family’s daily activities, how they spend their holidays and her daughter’s “terrible twos”.

Moe’s most popular video, with 10.9 million views, is the first of a two-part series that follows her for a 24-hour period as she goes about a normal day. She wakes up at 5 a.m., has a couple hours to herself to work on personal stuff and then once Sutan wakes up at 7 a.m., she spends the rest of the day with her daughter taking care of any and all family duties.

Though she has little time for herself nowadays, Moe said she feels fulfilled and her viewers’ encouragement keeps her going.

“Making videos is now a part of my life,” she said. “At first, I wasn’t connected to society, I was only a parent and I was depressed as a housewife, but the viewers’ comments and messages saved me. I’m lucky to make friends all over the world. … I feel that I’m very connected to every one of them.”