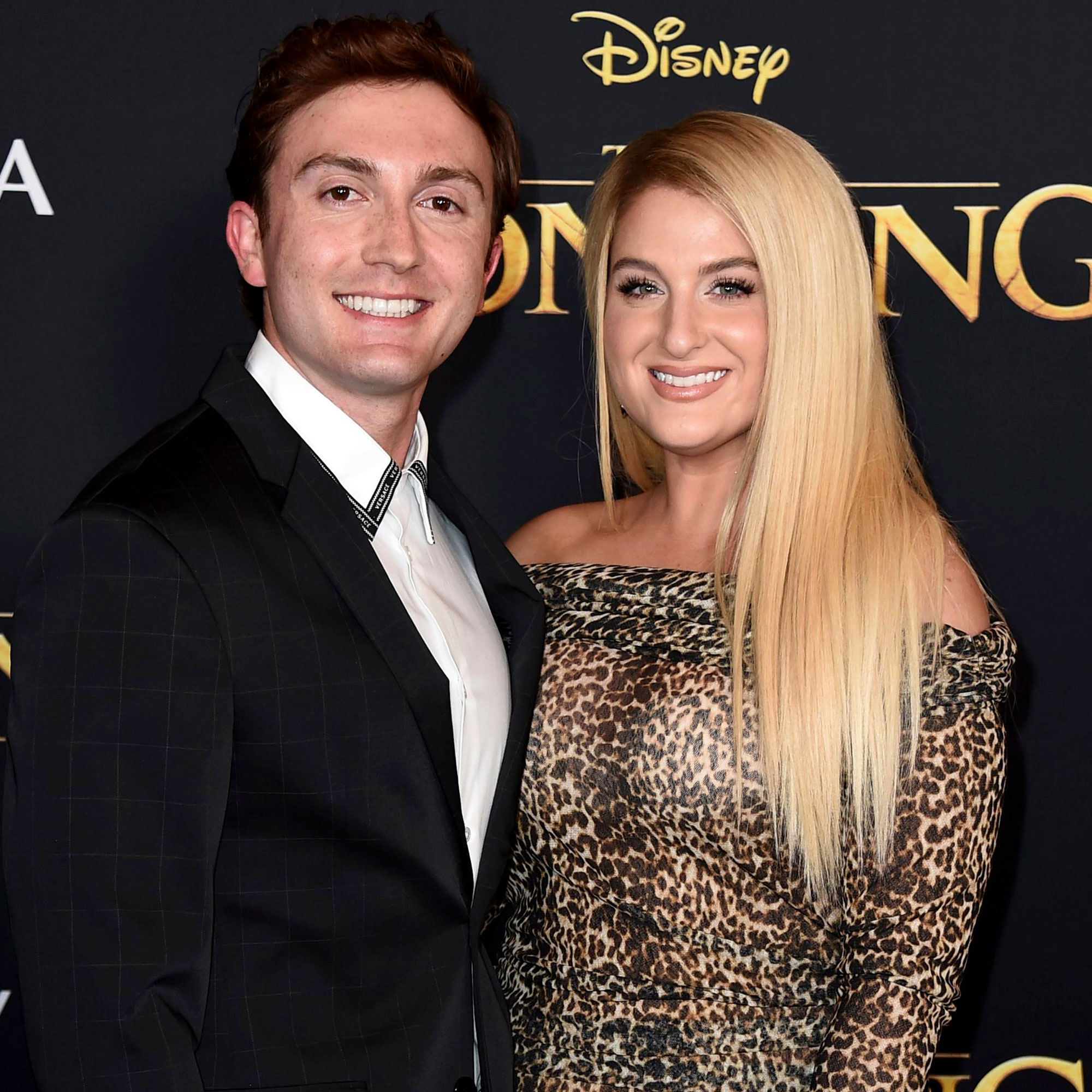 Doing business together. Meghan Trainor is giving an update about her unique bathroom routine with husband Daryl Sabara and their side-by-side toilets.

“I thought someone might be interested in it, I didn’t think it would go viral the way it did — to the point where it affected our relationship,” the “All About That Bass” singer, 28, shared on Wednesday, July 27, with the “Pretty Basic” podcast. “Daryl was like, ‘You need to stop.’ I said ‘Why? People love it!’”

Trainor initially revealed in October 2021 on the “Why Won’t You Date Me?” podcast that she and Sabara got “two toilets sitting next to each other” installed in their home, noting, “We pee at the same time a lot.”

After her statements regarding their intimate bathroom behavior went viral, the Massachusetts native took to Twitter to reflect on the response to her comments.

“[T]o clear things up … we pooped ONCE together and we laughed and said never again … but he will hang out with me if I’m pooping cuz WE SOULMATES,” she tweeted at the time. “And I legit miss him when I’m away from him. And we pee together obvi.”

The “NO” singer, who tied the knot with Sabara, 30, in December 2018, said she and her actor beau still use their twin toilets every day.

“It’s the best spot,” she explained. “We hold hands, we pee. [Daryl] sits when he pees, he’s mad that I told the world that too. He’ll hang out with me while I poop, it was just – I can’t take his poop. Man poops are a different f–king level. My poops don’t smell.”

The former Voice UK mentor and Sabara met at a party in 2014, but they didn’t begin dating until 2016 after going on a double date with actress Chloë Grace Moretz and her then-boyfriend, Brooklyn Beckham. Following their 2018 wedding, they welcomed their first child, son Riley, in February 2018.

During the “Why Won’t You Date Me?” podcast episode last October, Trainor also reflected on the bond she shares with her husband — beyond the bathroom.

“The best part about my relationship is that Daryl — he cares so much about me, my well-being, my emotional state, my physical, everything,” the “Me Too” performer added. “And he just wants to do anything he can to make me better and make my life easier.”