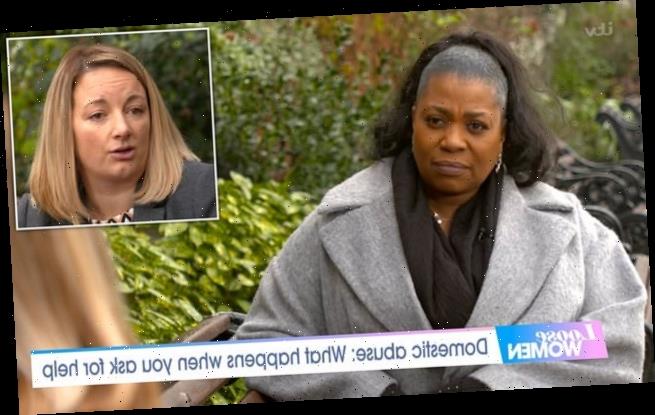 A police officer has urged women not to ‘question themselves’ and to ‘come forward’ if they are experiencing domestic abuse.

Detective Constable Kate Lyons of the Metropolitan Police appeared on Loose Women to encourage women to report their abusers and seek help, even in lockdown.

The first national lockdown sparked a huge rise in domestic abuse and there are fears incidents will increase again during this lockdown.

DC Lyons spoke to presenter Brenda Edwards, 52, who has spoken publicly of how she was physically abused at the hands of an ex-boyfriend.

‘We want you to come into the police station,’ the police said in a message to victims of domestic abuse. ‘We want to know whats going on, we can’t help you if we don’t know what’s happening.’ 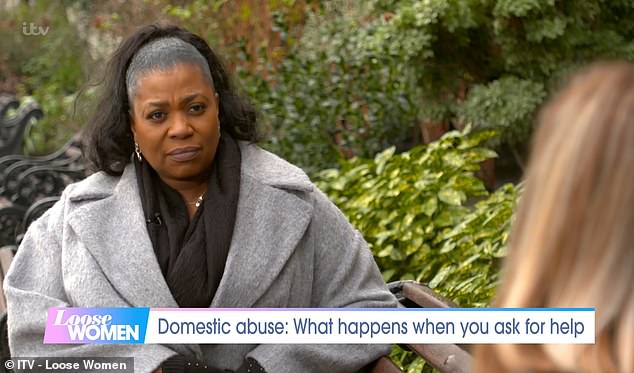 Detective Constable Kate Lyons of the Metropolitan Police appeared on Loose Women to encourage women to report their abusers and seek help, even in lockdown. She spoke to Loose Women’s Brenda Edwards (pictured) who has spoken about her own experience of abuse 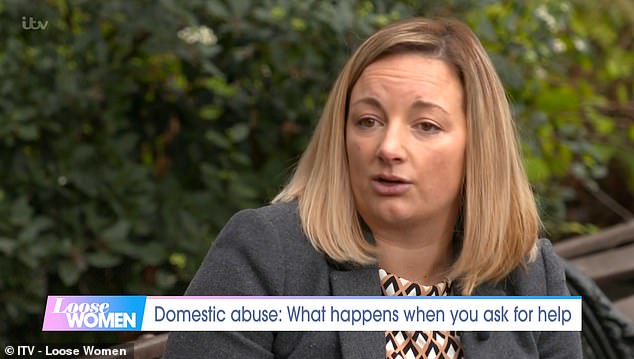 DC Lyons (pictured) advised women experiencing domestic violence to keep a diary of when the incidents occur, but only if doing so does not put them at further risk

‘The lockdown rules say you can leave your home if you’re trying to escape domestic abuse, and you should be leaving should if you feel the need to do so.’

Urging women not to blame themselves for their abuse, she continued: ‘You yourself (Brenda) said you began to question yourself.

‘Lots of people I deal with ask the same thing and if we can show them it’s not about them, it’s behaviour that is ingrained in that person, it really does open people’s eyes to the fact they’re unlikely to change.

‘It’s a really good tool for us to empower with the information they need to move on and end their relationship.’

DC Lyons advised women experiencing domestic violence to keep a diary of when the incidents occur, but only if doing so does not put them at further risk.

‘Just a little marker in a phone or paper diary’, she said, ‘Just so you know when incidents can happen, so when we ask about how long this has been going on you can show it. If you have confided in a friend we can use that in the case.’

She also pointed to Clare’s Law, the Domestic Violence Disclosure Scheme, which gives any member of the public the right to ask the police if their partner may pose a risk to them. 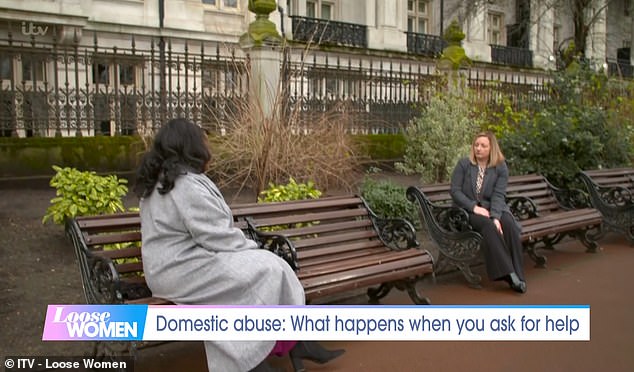 ‘We can tell people if we they think someone is a risk being posed to them’, she explained.

DC Lyons said the vast majority of reports of domestic violence are taken over the phone but that if a victim reports an incident in person, he or she will have an initial statement taken by a uniformed officer.

DC Lyons continued: ‘They may be asked to go through to an interview room to make a fuller statement, or if its a very serous offence to the victim suite, which is equipped with cameras to give their statement on camera.’

Officers are able to liaise with charities to arrange temporary accommodation if survivors are unable to stay with friends or family, and Kate ensured that police will ‘speak with them and work with that person to make sure they are safe’.

Giving advice for friends and family of those experiencing abuse, she said: ‘Sometimes its really difficult when domestic abuse is happening to stick with that person, because its so painful to watch.

‘But its important to remain and let them know when they are ready, you will be there.’

Mother-of-two Brenda, revealed last year how she had been left fearing for her life when she was punched in the face and threatened with a knife, two years after she had escaped her abusive boyfriend.

The X Factor star revealed she would ‘blame herself’ for her partner’s violent and manipulative behaviour, but eventually left her boyfriend after he strangled her over a ‘missing apple pie’. 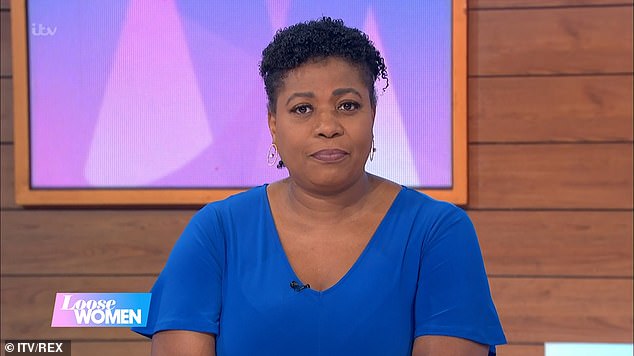 Brenda, 51, from Luton, was left fearing for her life when she was punched in the face and threatened with a knife, two-years after she had escaped her abusive boyfriend

She told that at the start of their relationship, her partner was ‘charming’ and complimentary, but soon became controlling and aggressive.

‘I met this guy who was charming and gorgeous and said all the right things, “You look lovely, I love what you have on”,’ told Brenda last year.

‘Then we started seeing each other and it was “Why are you wearing that? You look awful, that doesn’t suit you, take it off. Then we were having a conversation and he punched the wall in my flat. He apologised and I let him off, it’s like “Maybe I did something”.

‘Then the second time, he punched the door and I had to tell people the ironing board had fell, I was papering up cracks to cover it.’