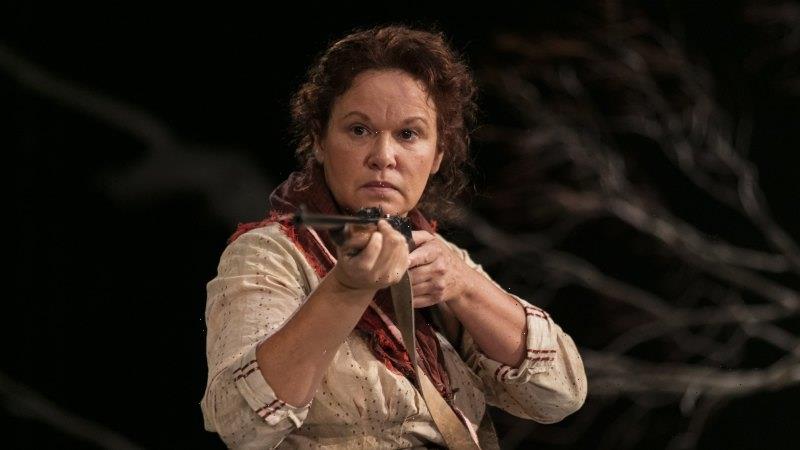 Leah Purcell’s The Drover’s Wife – a revisionist, feminist Indigenous western loosely based on Henry Lawson’s short story of the same name – will open the Melbourne International Film Festival on August 5.

MIFF artistic director Al Cossar hailed The Drover’s Wife: The Legend of Molly Johnson as “an extraordinary, necessary film … that takes on the oppressions of our Australian history, and speaks volumes … to a moment of systems being challenged, and the drive for change”. 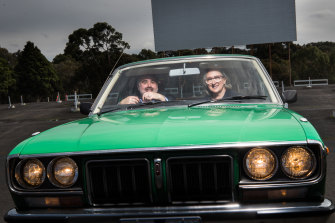 The film tells the story of a hardy frontier woman in the Alpine region in the 19th century, bringing up a brood of kids while her husband is away droving, and fending off the unwanted attentions of rogue bulls, police, drunkards and an Indigenous man (Rob Collins). Described by Cossar as “potent and accomplished”, the film marks the directing debut of Purcell, who also stars in it and wrote the screenplay based on her award-winning play.

Purcell said she was “thrilled” The Drover’s Wife would make its much-delayed Australian debut at MIFF, following a virtual bow at the South by Southwest festival in Austin, Texas last year.

“The film was ready in 2019 so I feel like I’ve been pregnant with this piece, like an elephant, for two years now,” said the Queensland-raised actor-writer-director, who was made a Member of the Order of Australia (AM) this week. “To be at MIFF, I’m so excited, so thrilled, that they’re picking it up and making it theirs.

“It’s not mine any more. This girl, when she rides out on opening night at MIFF, she’s gone, she’s out there. I want people to claim her as she rides through their townships, that they’re proud of Molly Johnson and they claim her for generations to come.” 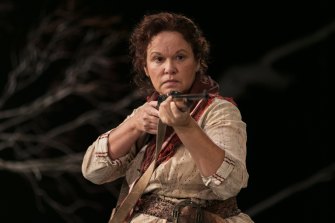 Leah Purcell in The Drover’s Wife: The Legend of Molly Johnson.Credit:Brett Boardmen

Purcell’s movie is part of a strong line-up of Australian films at MIFF, with a record 11 titles part-funded through the festival’s Premiere Fund to make their Australian debuts at the festival. Among them are Justin Kurzel’s Nitram, which will arrive fresh from Cannes, where it is set to become the first Australian film in competition for a decade when it screens next month; the Courtney Barnett documentary Anonymous Club; Love in Bright Landscapes, a portrait of The Triffids and their frontman David McComb; and Lone Wolf, a futuristic cyber-thriller adapted from Joseph Conrad’s 1907 novel The Secret Agent.

Also in the line-up is Palazzo do Cozzo, the long-gestating documentary about Footscray furniture king Franco Cozzo, and Streamline, a feature about a teenage swimmer with Olympic dreams, written and directed by former swimmer Tyler Johnston and inspired in part by the career of Ian Thorpe, who appears in a cameo.

International offerings include Hopper/Welles, a filmed conversation between two of cinema’s great mavericks, directed by Welles in the 1970s; Frederick Wiseman’s latest documentary portrait of a public institution, the 275-minute City Hall; the Laurie Anderson-narrated Sisters With Transistors, which tells the story of electronic music’s forgotten female pioneers; Jasmila Zbanic’s Bosnian war drama Quo Vadis, Aida?, which was Oscar-nominated this year and Petit Maman, the new feature from Celine Sciamma, the acclaimed director of Portrait of a Lady on Fire.

Following last year’s online-only festival – designated MIFF 68 ½ – this year’s 69th iteration is billed as a “hybrid” event, with a mix of online and real-world programming, and an expanded footprint that sees MIFF going into the suburbs (including Coburg Drive-In) and the regions – including Bright, Bairnsdale, Sorrento, Bendigo, Geelong, Castlemaine, Echuca and Mildura – during its main run for the first time.

Festival chair Teresa Zolnierkiewicz said the innovative approach was a response to the fact that COVID disruptions remained a possibility.

Last year, Zolnierkiewicz said, the festival board decided to adopt a three-year plan as it sought to return to normal programming. ”We talked about the three years as Survive, Revive, and Thrive. This is our Revive year – we want to revive the MIFF everyone loves, and we also want to revive those cinefiles who might still be in the vice-like grip of isolation and cautionary hibernation.“

Cossar said this year’s event had been designed to “allow the festival to be flexible, to be resilient, to enable pivoting and response against changing conditions, to try to manage risk conditions to ourselves as an organisation, and to try and respond to how some audiences may themselves be feeling or acting in their viewing preferences and behaviours with the impact of 2020”.

With that in mind, the decision to use the Coburg Drive-In, following a one-night program last December, was a no-brainer.

“It’s an interesting way to get a lot of people in a space at the same time, but to also keep audiences apart and contained and, I guess, a new kind of comfortable in the conditions we’re in,” Cossar said.

“Outside of COVID, MIFF gives audiences so many different kinds of experiences of what cinema is and can be – from beloved picture palaces like the Forum and Capitol, technically pristine multiplex-set screenings at the Xtreemscreen in Melbourne Central, to the late-night cult screenings at the Astor. And I think the Drive-In is another side of cinemagoing within our program, of the kind of experience you can have in a festival, that sits intriguingly amongst the others.”