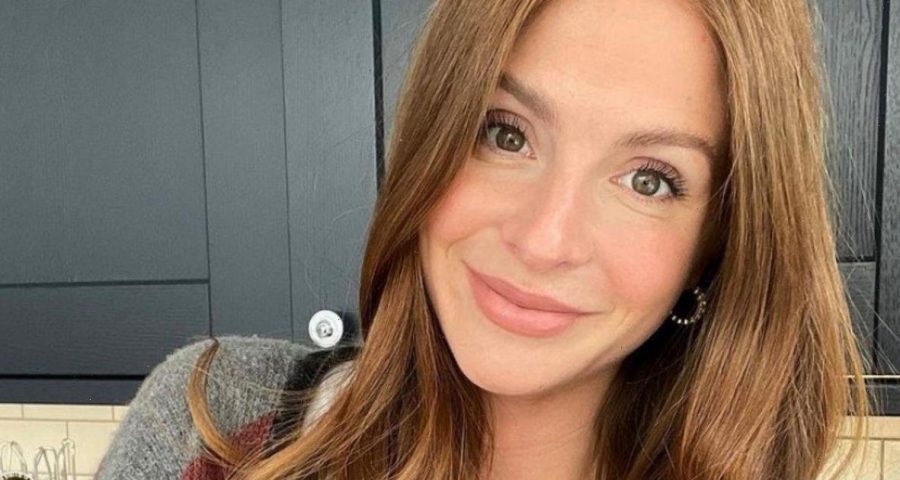 Made in Chelsea star Millie Mackintosh has left fans green with envy as she finally unveiled her dream home on social media.

The 33 year old reality star took to Instagram on Thursday to cave to the demands of countless fans who had begged the star to share a glimpse inside her stunning London home.

Millie first moved into the home back in February alongside beau Hugo Taylor, 36, and their two daughters Sienna, two and Aurelia, nine months.

Up until now, the lush London home had been kept a closely guarded secret, but that all appeared to change as Millie shared a short video clip of her swanky new pad much to the delight of her 1.4million followers.

The short five second clip begins in the heart of the young family’s home, the kitchen , where its pristine white work surfaces gleam in the light alongside a series of cupboards in a trendy sage green.

Boasting a spacious kitchen island that also doubles a breakfast bar, a large gas oven and hob can be seen in the background of the shot, while another dining table offers plenty of space to feed the growing family.

From here, the tour progresses through a set of double French doors which leads to an outdoor area that is perfect for entertaining guests.

The video also offered a glimpse at the living room in the property, which featured an array of feature artwork on the wall, an Aztec-style rug and a seriously comfy looking navy blue sofa, adorned with plenty of cushions.

Another shot also revealed well stocked shelves besides a fireplace and television, with multiple photos and colourful books slotting perfectly into the inbuilt unit.

Fans were also treated to a look inside the space shared by her daughters, which even featured an adorable teepee and quirky elephant painting alongside a slew of colourful balloons.

A miniature table and chairs could also be seen in a very chic shade of cream, while plenty of toys offered a variety of entertainment for the girls to enjoy.

Sienna’s bedroom in particular, even featured a pink floral walls, complete with a fluffy lamp and giant unicorn plushie, perfect for any budding princess.

While Aurelia’s by contrast was decked out in shades of grey and white, and came complete with a nursing chair and footrest, alongside a cot and changing station.

There was also an inside look at Millie and Hugo’s master bedroom, which boasted a neutral colour palate of blush pinks and taupes as she showed off her pristinely made bed, complete with flocked and studded headboard.

Captioning her video post, Millie wrote: “My home sweet home. I get so many DMs from you guys asking for a house tour… well here it is, our house in 5 seconds.”

Earlier this year, Millie revealed she would be swapping her original Chelsea pad for a new home after the family of four needed “more space” in the wake of little Aurelia’s arrival.

Although it was never revealed where exactly the couple had moved to, it’s doubtful that the family would have strayed too far from their previous Chelsea home.

Before welcoming their daughters into the world, the happy couple had shared a smaller flat together in West London.