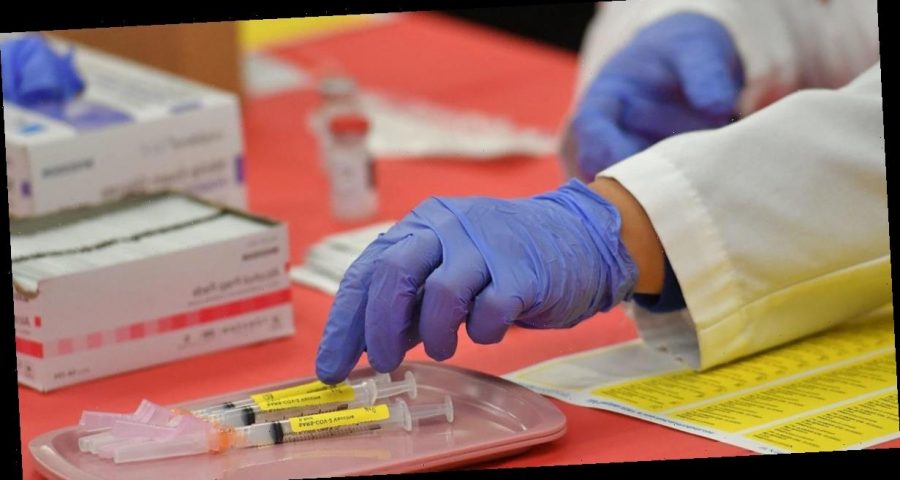 “It is humbling to know that 53 million doses have been administered to people in the U.S.,” Stéphane Bancel, chief executive officer of Moderna, said in a statement. “We are encouraged by the primary analysis of the Phase 3 COVE study of mRNA-1273 in adults ages 18 and above and this pediatric study will help us assess the potential safety and immunogenicity of our COVID-19 vaccine candidate in this important younger age population.”

Modern plans to enroll approximately 6,750 pediatric participants in the U.S. and Canada in the two-part study. In part 1, each participant ages 2 years to less than 12 years may receive one of two dose levels.

Each participant ages six months to less than 2 years may receive one of three dose levels.

Following analysis, researchers will determine which dose will be used in part 2 of the study, which involves a placebo dose.

Children participating in the study will be followed through 12 months after receiving the second vaccination. The vaccine’s effectiveness, as well as its safety and reactogenicity, will be studied.

The National Institute of Allergy and Infectious Diseases (NIAID) and the Biomedical Advanced Research and Development Authority (BARDA), part of the Office of the Assistant Secretary for Preparedness and Response at the U.S. Department of Health and Human Services, are helping conduct the study.

Moderna announced in December they had launched a similar trial testing their vaccine candidate against COVID-19 in 3,000 adolescents ages 12 to less than 18.

“We project that high school students will very likely be able to be vaccinated by the fall term, maybe not the very first day, but certainly in the early part of the fall for that fall educational term,” Fauci said. “Elementary school kids, we’re doing this what’s called age de-escalation studies to make sure it’s safe and immunogenic in them. They likely will be able to get vaccinated by the very first quarter of 2022.”

That’s why the girls’ parents, who are both doctors, applied to at least three vaccine trials. “I wanted them to be an example, to set an example, to say, ‘Hey, this vaccine is safe.’… We actually, as doctors, trust our children getting this shot,”’ Jeter said.

“If our kids can help get this trial approved for other teenagers, I think it’ll make everyone feel better and be in a safer place,” she said.

Vaccines by Johnson & Johnson, Pfizer-BioNTech and Moderna are currently being used in the U.S. The Moderna shots were first shipped out in December, after the Food and Drug Administration (FDA) authorized their emergency rollout for people 18 or older.

The Moderna vaccine is expected to be about 94.1% effective, similar to Pfizer’s vaccine. But unlike Pfizer’s vaccine, Moderna’s does not need to be stored at sub-zero temperatures. Both vaccines require two doses.

The U.S. has now administered over 100 million doses of COVID-19 vaccine, according to figures posted Friday by the Centers for Disease Control and Prevention. President Joe Biden set a goal of 100 million vaccinations in his first 100 days in office, which the country is on track to reach well ahead of schedule. He also said he would direct all states to make all American adults eligible for the COVID vaccine by May 1.