YOU can now have an onion bhaji BURGER at Morrisons – and it's only £5.

The Bhaji Burger contains mango chutney, lettuce and tomato and is served up with chips, onion rings and coleslaw at Morrisons' 392 cafés. 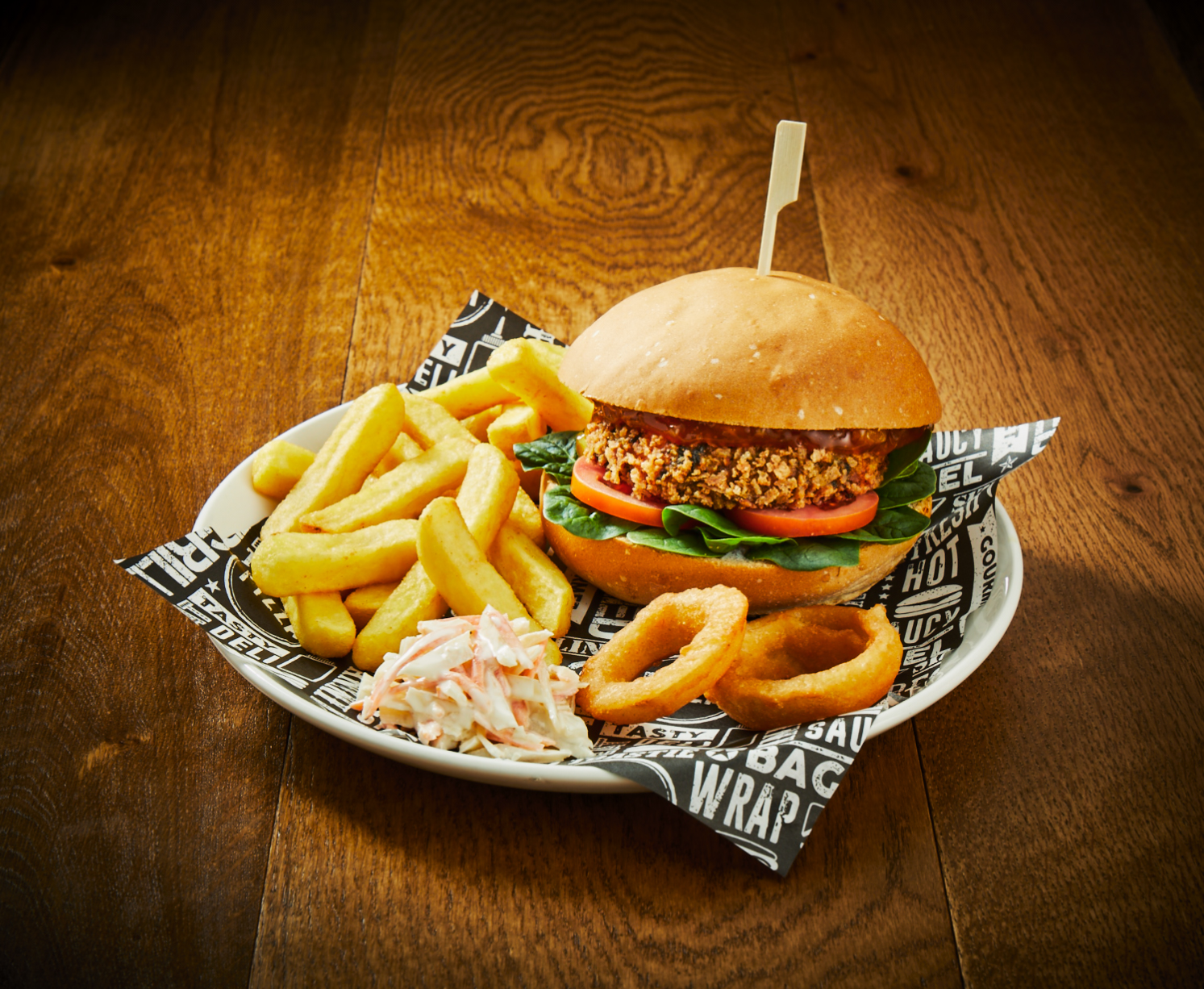 Onion bhajis – a deep fried spiced onion fritter – are one of the most popular Indian dishes in the UK and Morrisons customers buy more than 15million of them every year, apparently.

Now the supermarket has seemingly taken inspiration from JD Wetherspoon by launching a burger version served up with onion rings, chips and coleslaw.

Some foodies think the new menu item looks just like something you'd see at the pub chain, even though its rival doesn't (yet) have an onion bhaji burger on its menu.

The new burger has a patty that's coated in panko breadcrumbs and made out of spiced cauliflower and sweet potato as well as onion.

It's flavoured with all the traditional spices you'd find in a bhaji, such as cumin, ginger, garlic and turmeric.

And in good news for anyone who loves an Indian takeaway, it's a permanent addition to the menu.

The veggie burger is the same price as the supermarket's quarter-pounder beef burger and southern fried chicken burger at £5.

But don't be fooled into thinking it's the healthy option just because it doesn't contain any meat.

The burger and sides contain 1,084 calories in total.

By contrast, the beef burger contains 808 kcal and the chicken version has 909 kcal.

An adult man should have around 2,500 calories a day while it's 2,000 for a woman, according to NHS guidelines.

It's not the only new item available for customers.

Morrisons has also added a new vegan butternut quash and lentil lasagne for £5.50, a salmon fillet with hollandaise sauce for £6 and a beef and ale pie with chips or mash for £5.

You can now also have hearty main of lamb shank with mint gravy for £6.

Audrey Outhwaite, of Morrisons, said: "We know some customers want to cut down on the amount of meat they eat – and are looking for exciting vegetarian options.

"So we wanted to come up with a dish that’s packed full of flavour."

Morrisons has nearly 500 stores in the UK. You can find your nearest branch using its online shop finder tool.