A woman who became addicted to Valium after her father passed away as teenager has warned against the dangers of prescription drugs.

Michele Kirsch, 58, began taking the anti-depressant as a teenager, before moving from Britain to America where she continued to take the drug.

Explaining that it made her feel ‘normal and functional’, she continued to take it over the next few decades – taking as much as 40mg (three times the recommended amount) – a day, before returning to England.

However the mother-of-two struggled to get hold of it after the law became stricter in recent years, with GPs began to become more hesitant to prescribe the ‘tranquilizing’ drug due to its addictive nature.

Desperate to get hold of it, Michele began purchasing it from ‘dirty doctors’, and mixing the doses with alcohol in order to make them more potent, before finally coming off it in 2011.

Valium isn’t usually prescribed for longer than two to four weeks at a time, and some GPs are uncomfortable prescribing it at all. 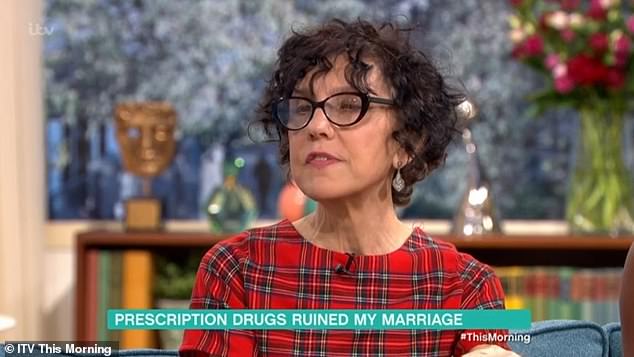 Michele Kirsch, 58, who became addicted to Valium after her father passed away as teenager, appeared on This Morning to warn against the dangers of prescription drugs

Appearing on This Morning on Thursday, Michele told Ruth and Eamonn: ‘It helped me to function and feel normal after my father’s death as a teen and I was still taking them in my twenties’.

Describing how she used it to calm her anxiety before becoming addicted, she continued: ‘It makes you develop a dependency and just makes everything okay but doesn’t make you high.

‘I didn’t feel anxiety consistently so there was time were I was less reliant, but then it slowly crept up again.’ 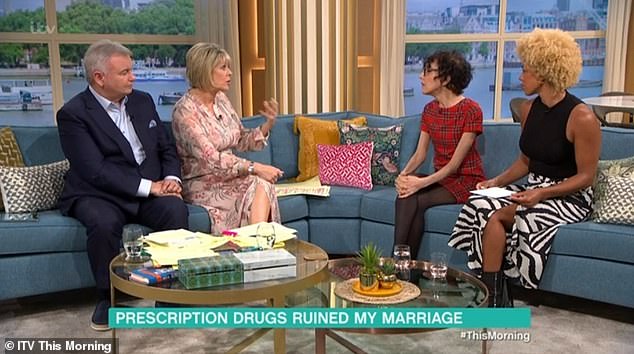 The mother-of-two was taking up to 40mg a day, illegally once the laws became stricter, for over three decades, seen speaking to Ruth and Eamonn alongside Dr Zoe on the show today

Revealing how she struggled after stricter laws on prescribing the drug came into place after she moved back to London, she said: ‘After the new regulation I was in trouble like many women who had been on it for years.

‘I found a ‘dirty doctor’ who was prescribing it off-record, working in the back of a vaccination pharmacy if you knew the secret coded conversation’.

Revealing how she even mixed it with alcohol – affecting her family life and marriage, she added: ‘Alcohol made it stronger so I started drinking with them. At the worst I was on 40mg, a mum, and was drinking neat spirits with them.

‘I wanted to lock myself away and get myself off it but that didn’t work’. 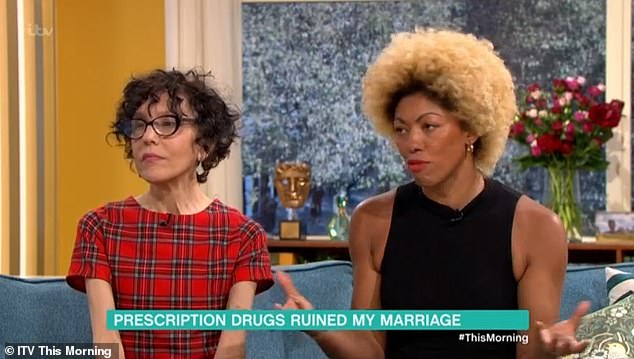 Luckily the London borough she lived in was supportive, and she continued: ‘In 2011 I got into rehab sponsored by my borough and they withdrew me slowly from the medication – starting as quickly as six weeks into the programme 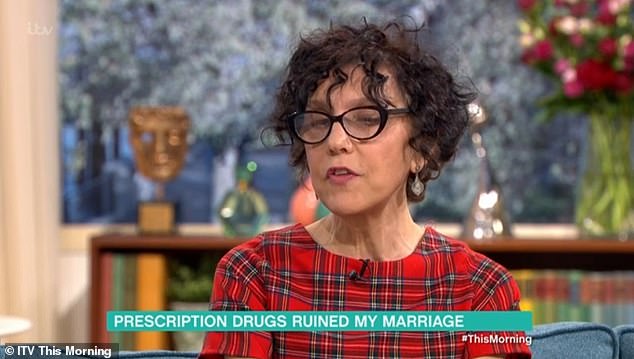 Michele has been free of the drug ever since, but wants to warn other women about the dangers of prescription drugs

Luckily the London borough she lived in was supportive, and she continued: ‘In 2011 I got into rehab sponsored by my borough and they withdrew me slowly from the medication – starting as quickly as six weeks into the programme.

Michele has been free of the drug ever since, but wants to warn other women about the dangers of prescription drugs.

It is recommended that patients who may be addicted should speak to their doctor to help them reduce their intake and work towards coming off them.

New figures released this week show prescription drug abuse in the UK is among the worst in Europe, with 16 per cent of women surveyed admitting to the addiction – and one of five of those popping prescription pills more than once a week.

There is support to help you and you don’t need to go ‘cold turkey’.

The NHS Choices website states: ‘If you need treatment for drug addiction, you’re entitled to NHS care in the same way as anyone else who has a health problem. With the right help and support, it’s possible for you to get drug free and stay that way.’

You can tell your GP anything and everything in confidence, and as GP’s we do not judge.

Drug addiction is a chronic disease and should be treated in the same non-judgmental way as any other disease.

However, if you do not feel comfortable speaking to your GP you can contact your local NHS addictions service, who can support with prescription drug addictions, in the same way that they do with other addictions.

There are numerous ways to reduce and eventually stop taking prescription drugs, such as gradual dose reduction, which can take month or even years, switching to less addictive drugs and psychological therapy.