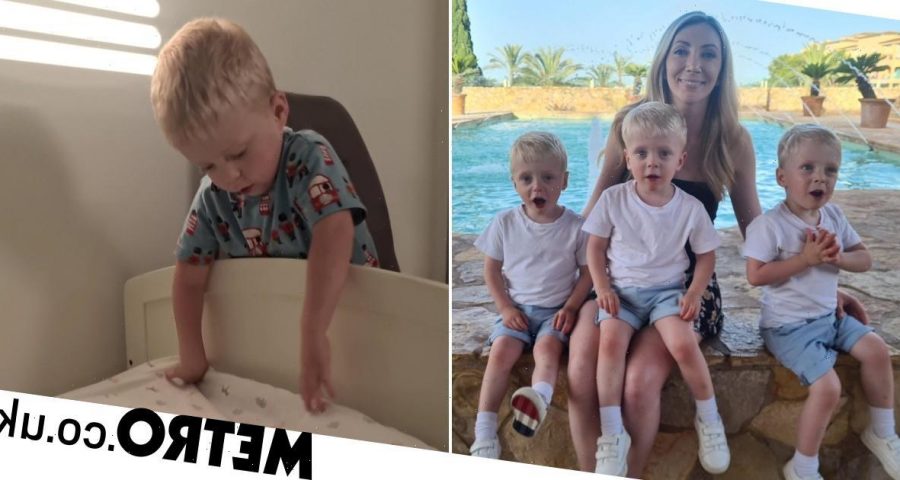 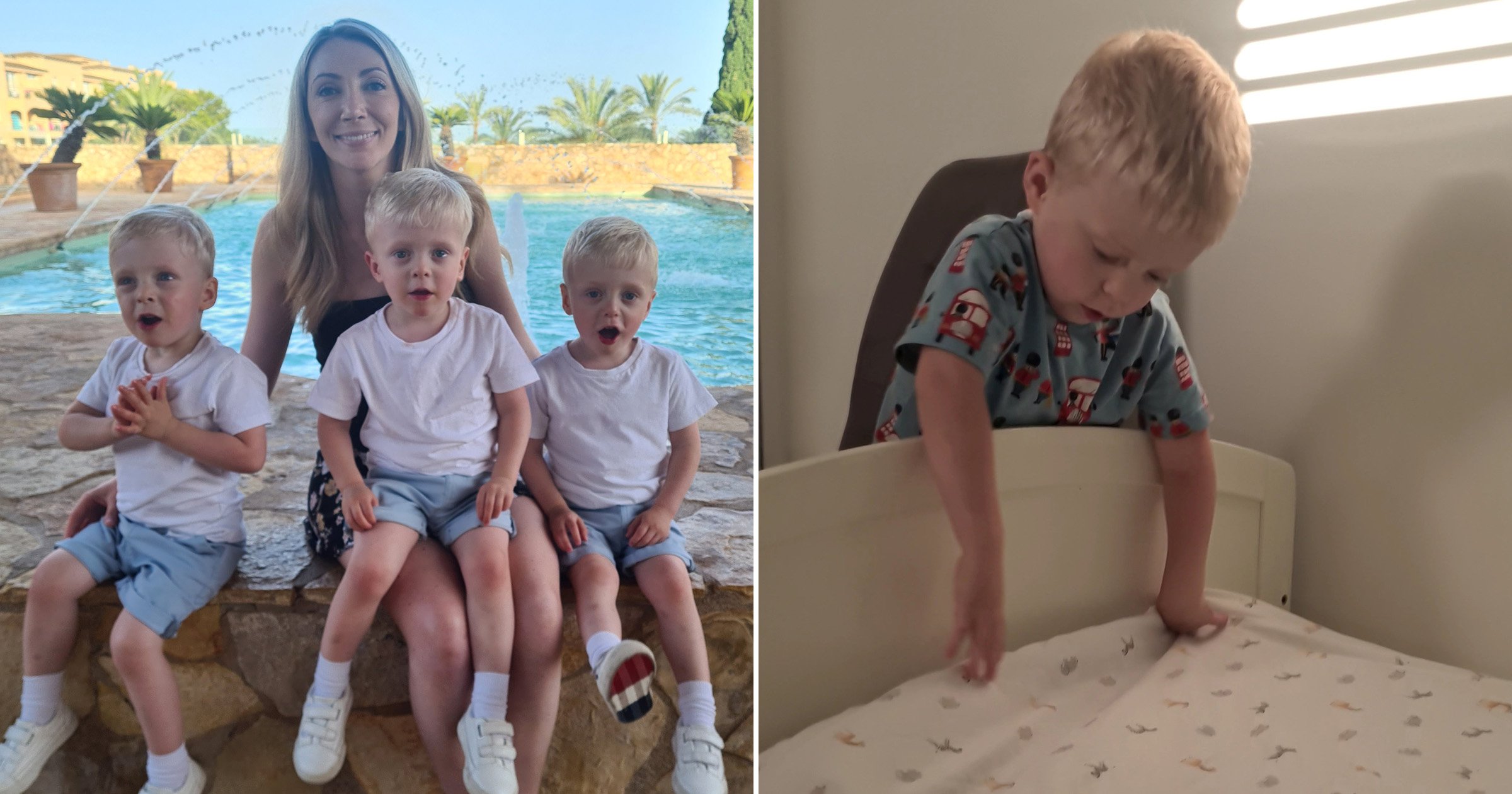 What does it really take to care for a gaggle of triplet toddlers?

According to Tanya Hall, 33, it’s at least four loads of washing, 30 nappy changes, 30 feeds and three litres of breast milk – per day.

Tanya and her partner Kris, 44, who both work in research development, conceived their triplet sons naturally at 200-million-to-one odds.

Born six weeks early at Lancashire Women and Newborn Centre, Burnley in April 2019, despite complications in pregnancy, the cheeky trio keep their parents on their toes with a ‘full on’ schedule.

‘Austin is very independent and prides himself on being a good boy,’ said Tanya, from Hessle, North Yorkshire.

‘Ethan is the youngest but is the boss, he knows his own mind and is the daredevil, he leads the way.’

Meanwhile, she says Rupert is ‘very clever and energetic.’

‘He likes his own space [and] even moved himself out of the triplet bedroom into the spare room,’ Tanya added.

On Tuesday and Wednesday, the boys are in nursery, while their grandparents help take care of them on Mondays and Thursdays.

Tanya takes Fridays off work to bond with her toddlers.

‘We wake up at around 7.30am and go downstairs for breakfast, the boys love to help with everything – it’s so sweet,’ she explained.

According to Tanya, Austin and Ethan go for porridge whereas Ethan opts for cereal without milk.

Occasionally, for a treat, Tanya will make pancakes for the boys, who each play an important role: One weighs the flour, one pours  the milk and one cracks the egg.

‘They all argue over who’s egg cracker, so I have to rotate fairly between the boys every time because there’s only one egg,’ Tanya said.

After breakfast it’s playtime, mostly in the woodland near their home, which is followed by lunch at midday (usually a combination of potato waffles, beans and eggs).

Then, the trio will help their mum clean up before heading off for a nap.

By the time they wake up at 3pm, it’s time for more play time with the family, which consists of either going back outside, indoor activities like baking and watching Paw Patrol.

The triplet’s bedtime is between 7pm and 8pm but it is rarely a ‘walk in the park’.

‘They know all the Julia Donaldson stories off by heart, my friend was reading Austin a bedtime story and he actually corrected her because she got the words wrong, it was so funny,’ Tanya said.

The boys always shared a room, each with a cot bed, but Rupert decided to move into the spare room for some ‘independence’.

Tanya says: ‘You have to pick your battles, and he’s happy sleeping in there on his own, he must like his independence.’

Now with toilet training, both Tanya and Kris expect to be woken up at least twice each night to help their little one’s go.

They also need to do at least two loads of washing a day but sometimes will even do up to four.

Their routine was even stricter when the boys were newborn – each was breastfed every three hours and Tanya had to pump three litres of milk a day.

‘I felt like a dairy cow, I was having to eat 5,000 calories a day but it was worth it to see them growing,’ said the mum.

When the toddlers were babies, they got through 30 nappies a day, with each boy having to be changed every three hours.

And Tanya somehow managed to keep on top of all of this in lockdown, with no childcare.

‘When you look back, I just don’t know how we did it, you go into survival mode,’ she shared.

‘Routine is absolutely key, especially in the newborn phase.

‘We wouldn’t have slept at all without a routine.’