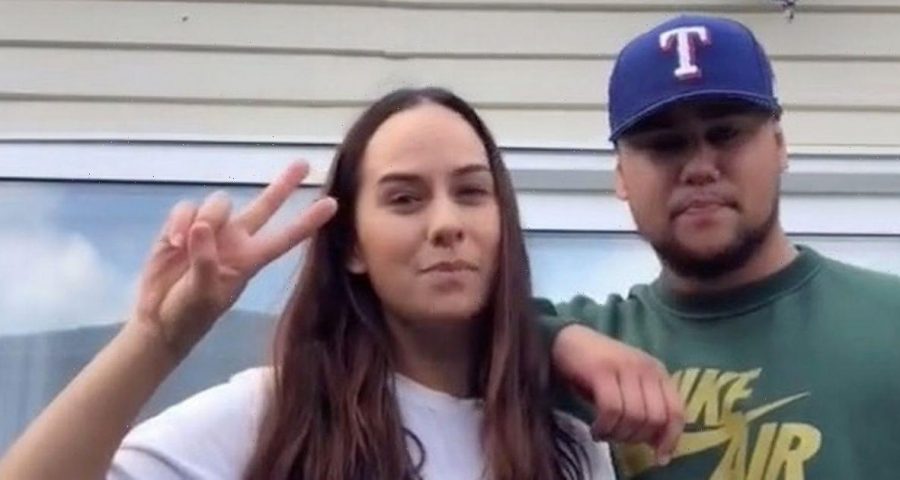 From her radiant skin to her glowing hair to her modern eye for fashion – you'd easily think Gemma Warby was under the age of 20.

But the youthful-looking beauty from Auckland, New Zealand, is actually a 37-year-old mum-of-five.

The TikTok star has left her followers gobsmacked after she posted a snap of herself with a male, who many thought was her older brother.

The mother left people shocked when she revealed she was actually standing next to her soon-to-be 21-year-old son, Tyrese, as she fell pregnant at 16.

“When we go out in public together, people often assume we are siblings, or even that we are a couple,” the consultant told news.com.au.

“They’ll say things like, ‘You don’t look old enough to have a child that age,’ or, ‘Gosh how old are you? You look so young!’

“I used to get annoyed about it, but after years of hearing them, I just smile and say, ‘Thank you for the compliment.’"

Gemma has also found herself in awkward situations in her son's school.

Her age-defying looks baffled at parents evening, when teachers asked who she was.

TikTok users are equally as flabbergasted by Gemma's youthful appearance.

They were left in disbelief after she posted a series of playful videos of herself and her son on TikTok – with many commenting that she looks decades younger.

“I literally thought you were 14 at the start of the video,” one commented.

“I bet he has to fend off banter about his mum with his mates!”

After gaining so much attention for her youthful glow, many people know want to know the secret as to how she manages to look half her age.

Her tips and tricks for other women are quite simple.

“I try to eat healthy, always stay hydrated and don’t take life too seriously” she said.

“I enjoy a good laugh, a great coffee and I’m also a bit of a foodie.

"I don’t use anything too special on my skin but I do love to use a collagen boost oil at night. Sunscreen is also a must.”

Gemma and her truck driver husband Richard, now 39, fell in love when they were young, and now have five children together.

Even though she's blissfully happy with her family, the young mum said she often felt like she was judged for having children at such a young age.

She doesn't let this hold her back though, noting: “It only gave me thicker skin. I never once regretted having him young, it only made me want to be a better mother."