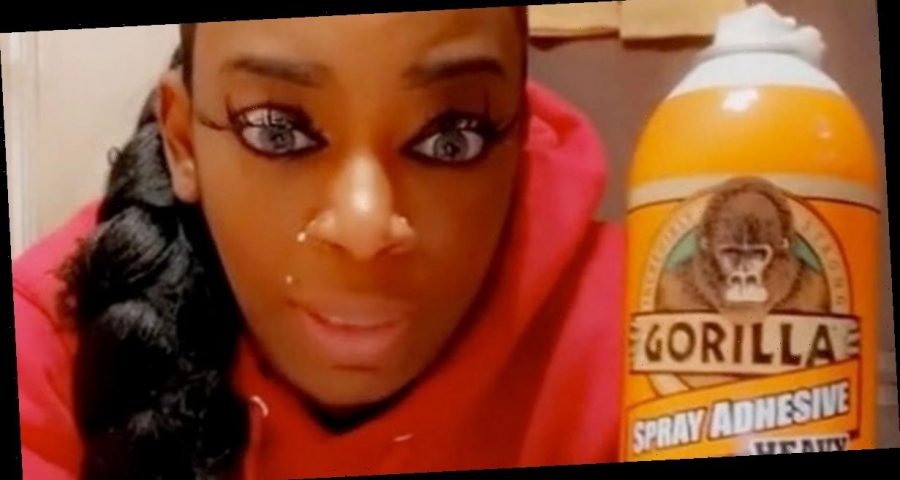 Tessica Brown’s name has been all over the internet this week.

The 40-year-old went viral on TikTok after admitting to sticking her hair down with Gorilla Glue adhesive spray.

She thought the product would be a good alternative to hairspray – but her barnet didn’t budge for 15 washes.

The mum-of-five admitted herself to hospital in Chalmette, Louisiana, and reportedly hopes a surgeon will help her get unstuck.

She’s also raised more than £12,500 on GoFundMe as concerned social media users want to contribute towards her treatment.

But despite the support the American woman has received, some have accused her of Gorilla Glue-ing her hair in order to get famous.

Tesicca has denied these claims – and she wishes she’d never gone viral.

“And I know somebody out there could have told me something. I didn’t think for one second when I got up the next morning it was gonna be everywhere…

Tessica added: “Who in their right mind would say, ‘Oh well, let me just spray this in my head and become famous overnight?’ Never! Who would want them to do that?

“I needed somebody to tell me how to take this off — that’s all it was.”

The mum, who runs Tessica’s Little Angels daycare and Dazzling Divaz dance group, says her struggles wouldn’t be worth the internet fame.

She’s got extreme headaches from her locks not being able to grow through the glue.

And to make matters worse, her daughter is refusing to let Tessica do her hair anymore.

Thankfully, there are some people are helping Tessica through her ordeal.

As well as the donors who have drummed up thousands for the mum, Beyonce’s hairstylist Neal Farinah has offered her a wig.

Celebrities like Missy Elliott and Chance the Rapper have also shared their words of support too.