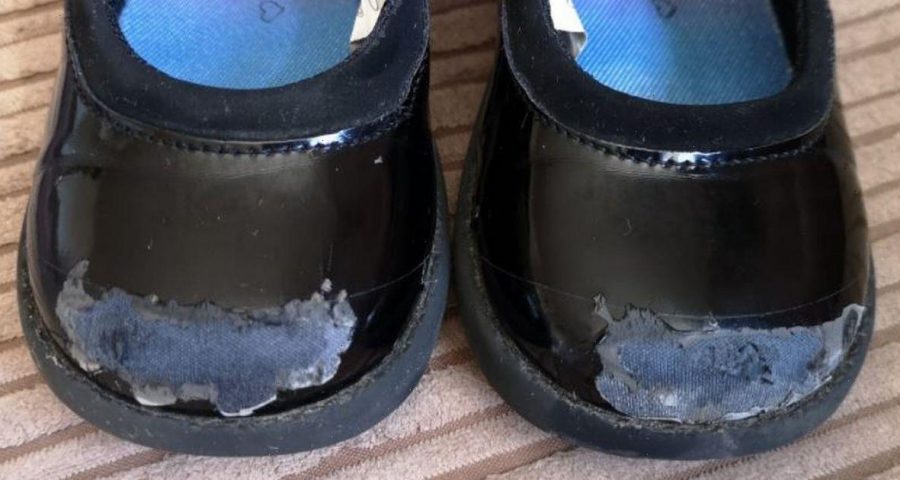 All parents know how difficult it is to keep kids’ shoes in pristine condition.

Brand new footwear can get scuffed in a matter of days at school – but thankfully, there’s a way to fix this problem without forking out for a new pair.

She’s experimented with different methods in recent months, such as colouring the marks in with nail polish and Sharpie pen.

But apparently, electric tape has proven to be the most effective method.

Veronique managed to patch up the scuff marks so she can get even longer wear out of the £12 shoes.

She told the Family Lowdown Tips & Ideas group: “When I bought my kids first pair of shoes, within 3 weeks she had damaged the toes.

“It looked horrible but I couldn’t bring myself to buy another pair knowing the shoes still had loads of life in them.

“So I thought I’d tape the toes with electric wire tape.

“They lasted ages and now I’ve done the second round on the same pair.

And in an interview with MEN, Veronique added that “not a single person had noticed the shoe repair”.

She added: "I was disgusted with the idea of throwing away nearly new shoes and thought of loads of different ways to rescue them.

"I tried nail polish and Sharpie and it didn't last or looked really obvious.

“I saw the tape and thought to try it and it looked amazing.

"When my friend asked if I could do the same with her daughters shoes I realised other mums might find it useful.

"So I shared on the group not expecting such a huge response."