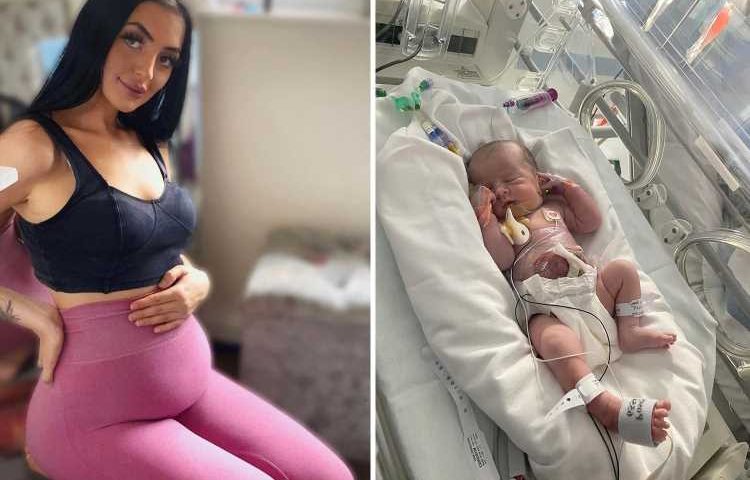 A MUM has told of the horrifying moment a sonographer turned to her and said “sorry” while conducting an ultrasound of her unborn baby.

Laura Woodward, 24, said her world went into “slow motion” in fear for her baby girl.

She and her partner, Adam Porter, 30, knew they were having a little girl after having an eight-week gender test, and were excited to add the “final piece” to their family, with three other children.

Laura, a care assistant from Clitheroe, Lancashire, said: "I wasn't worried because I'd done it all three times before with my other children.

"I knew the process, and my other pregnancies had been so smooth, so I didn't have any reason to think this time would be any different."

But at the 12-week scan on June 22 last year – which Laura was forced to do alone due to Covid restrictions – the sonographer at Blackburn Hospital had bad news.

Their child would have a rare birth defect which needed more investigations.

"They just looked at me and told me they were sorry – it felt like everything went into slow motion," Laura said.

"I didn't understand what it would mean for our baby, I was just terrified."

The couple were referred for a specialist scan to gain further insight into their little girl's birth defect.

Doctors said their baby would be born with her instestines on the outside of her body due to a condition called gastroschisis.

Affecting only one in every 3,000 babies, it happens when the abdominal wall does not develop properly, causing the intestines to grow outside of the body.

The diagnosis petrified poor Laura, and robbed her of a happy pregnancy as she worried about her little girl's future.

"They tried to reassure us but it sounded terrifying," Laura said.

"We were told I didn't have to continue with the pregnancy if I didn't want to, but there was no way I wasn't giving our baby a chance.

"They told us it was a high survival rate and something that can be fixed – so we just have to hope for the best."

Laura said she found it incredibly hard to remain positive and was unable to enjoy her pregnancy like she had with her previous children – Ava, seven, Zachary, five, and Tommy, two.

So she was overwhelmed with relief when she was finally admitted to hospital for a planned C-section.

Her exposed intestines were wrapped in cling film before Laura was allowed her first cuddle.

Laura said: “When she arrived they wrapped her exposed organs up in clingfilm and allowed me to hold her for a bit which was just what I needed after all those months of worrying."

Within hours, Millie’s vital organs were put back into her body in an operation that went “incredibly smoothly”.

There was nothing to show for her traumatic start in life other than a little outie belly button.

Laura said: "To look at her now, you'd never think she's been through all of that.

"My whole world stopped when the sonographer told me they were 'sorry' – I thought that was it.

"But after the most stressful time of our lives she arrived, and it couldn't have gone better.

"To look at her now you'd never think she's been through so much.

"I try not to molly-coddle her but I just want to do everything I can to protect her now she's here.

"She's just perfect in every way." 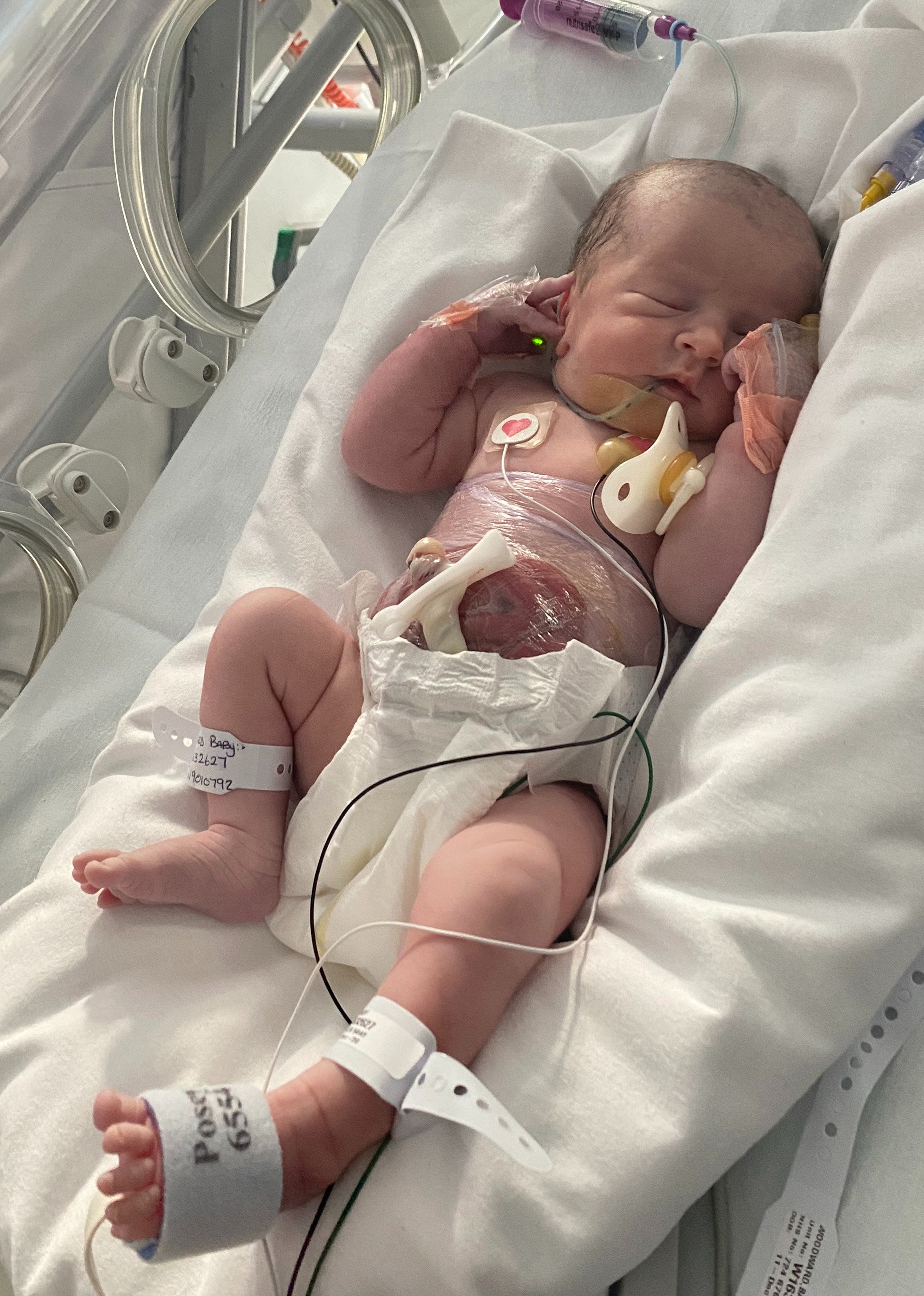 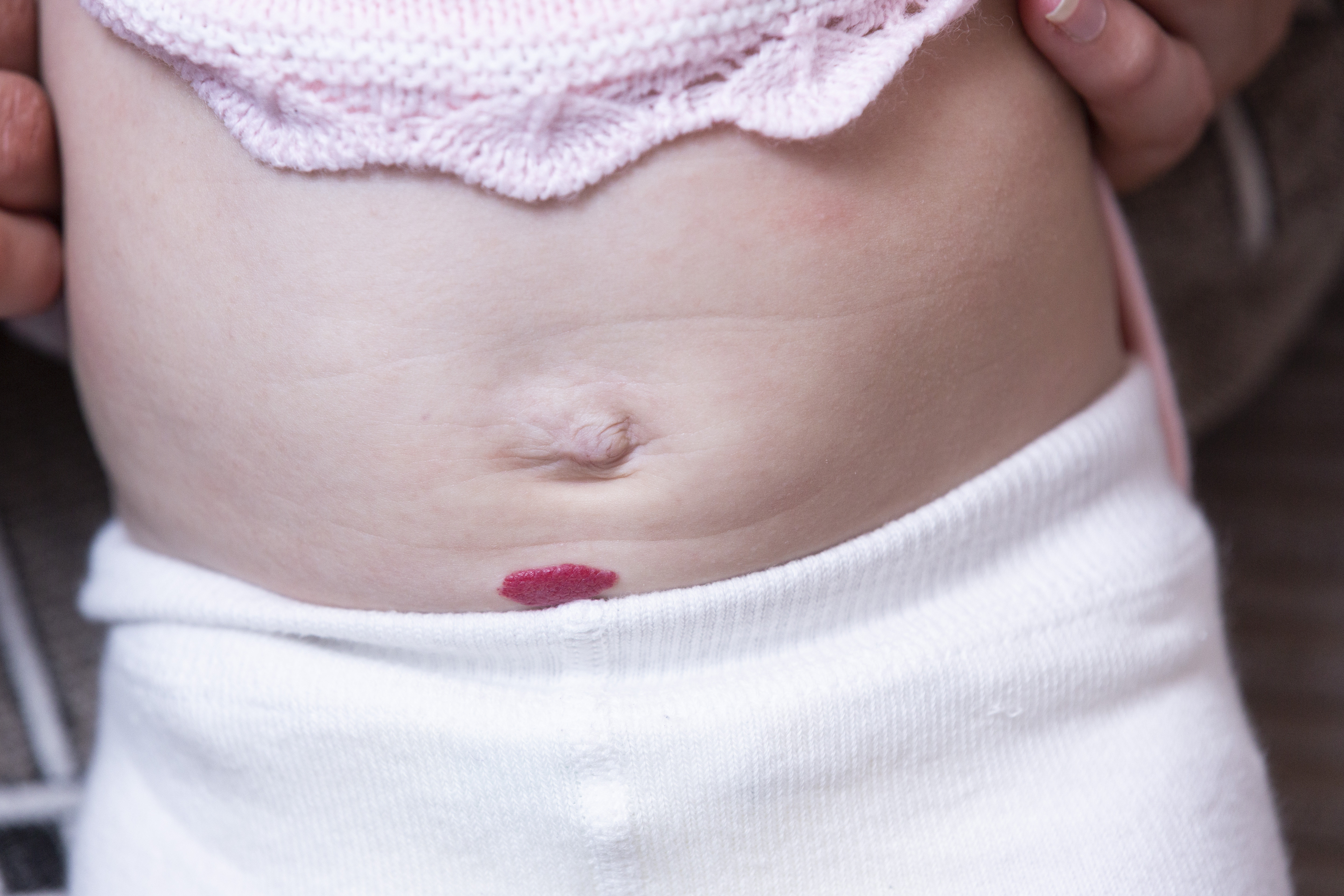 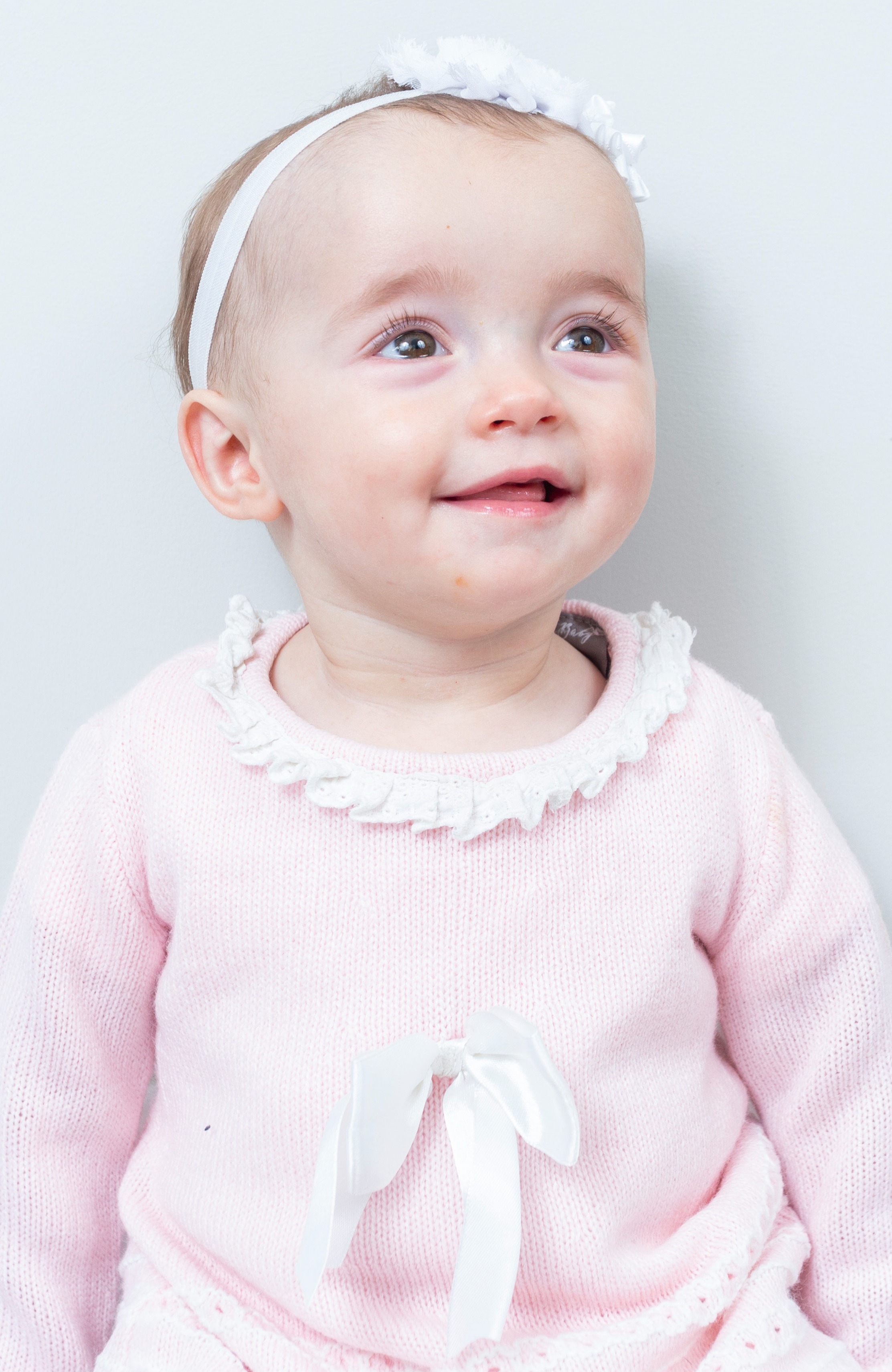 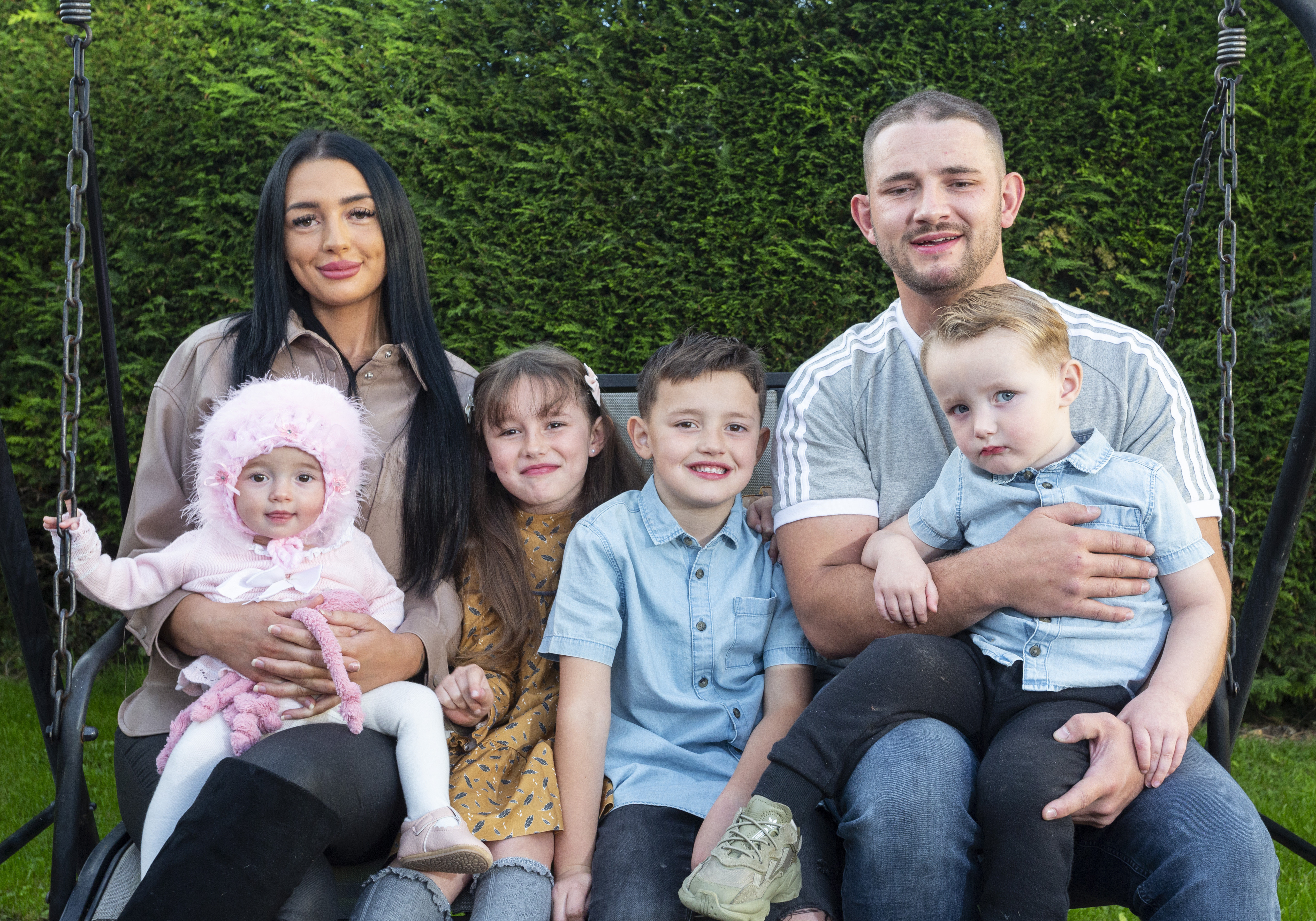