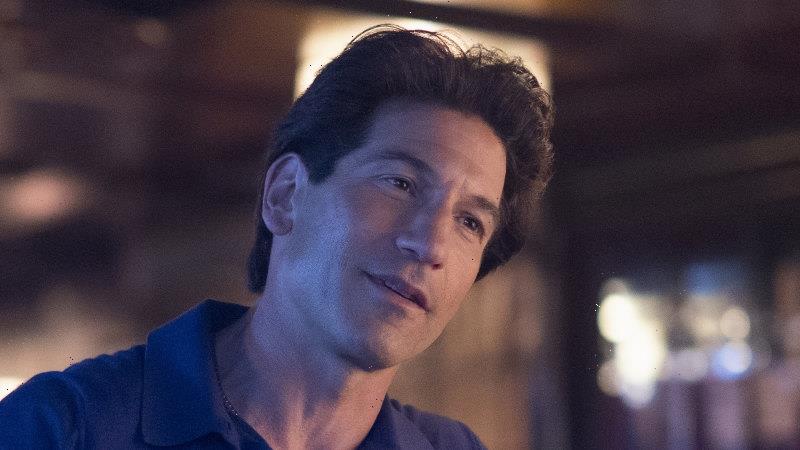 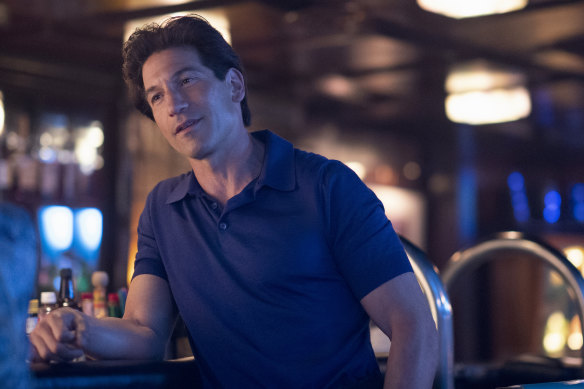 Jon Bernthal is suitably bruised and brooding in this new Showtime series, which is based on Paul Schrader’s 1980 neo-noir film of the same title but reinvents and expands the characters and the central murder mystery. The homage is evident in every grain of the production design, which somehow succeeds in making its 21st-century setting look and feel like the Los Angeles of 1980.

Bernthal’s Julian Kaye cruises along the Pacific Coast Highway in a convertible sportscar, just as Richard Gere’s Julian Kay did in 1980; Blondie’s Call Me blasts over the opening credits just the same, and the new score reprises elements of that song, albeit more subtly than Giorgio Moroder’s original did.

The biggest difference is that we meet Julian not at the peak of his career pleasuring the older women of Beverly Hills, but in a prison cell, having done 15 years for a murder he didn’t commit. Julian is suddenly exonerated and freed, but things get darker. He returns to the desert trailer park from which, when he was just 15, his mother pimped him out to pay the rent and then sold him into sex slavery under high-end pimp Olga (Sandrine Holt).

That, though, is just a short stop on the way back to LA, where Julian intends to reconnect with former colleague Lorenzo (Wayne Brady) and former lover Michelle (Gretchen Mol, in the role originally played by Lauren Hutton), and to confront Olga about the murder.

Series creator David Hollander (The Guardian), who writes and directs the first two episodes, invests Julian with a kind of shellshocked hollowness that manifests in a weird lack of reaction. Where’s his rage at the abrasive Detective Sunday (Rosie O’Donnell), who pressured him to falsely confess to a murder he was pretty sure he hadn’t committed? Perhaps trauma can make people behave in strange ways.

Take Isabelle (Lizzie Brochere), who was even younger than Julian when she was trafficked into the same beachside sex mansion (where the children are played with tender vulnerability by Gabriel LaBelle and Harlow Happy Hexum). At the end of the first episode, the grown Isabelle appeared to have become something of a monster, and her sexual cruelty in the new second episode is difficult to watch. The various new storylines dilute and drag things out, so it remains to be seen whether the series will gain momentum or just cruise by on Bernthal’s muted magnetism. 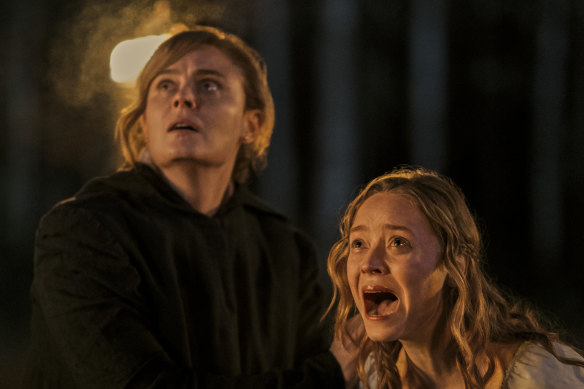 Emily Deschanel and Madeleine Arthur in Devil in Ohio.Credit:Ricardo Hubbs/Netflix

Midwestern corn fields look a bit spooky at night, presumably even more so if you’re a frightened teenage girl in a wedding dress being pursued by something … angry. Luckily for said girl, Mae (Madeleine Arthur), she ends up in a hospital casualty department in a neighbouring county.

Helpfully for the viewer, the opening credits are a cascade of black crows, church interiors, rustling corn rows and so on, so it’s clear we’re headed into familiar American Gothic territory. Mae is uncommunicative in hospital but kindly hospital psychiatrist Suzanne (Emily Deschanel) feels a dark connection with her and takes her home to live with her own kids.

Arthur is great to watch and suitably ambiguous, right to the end of the eight-part limited series. It would have been better shorter, but it’s agreeable low-effort viewing all the same. 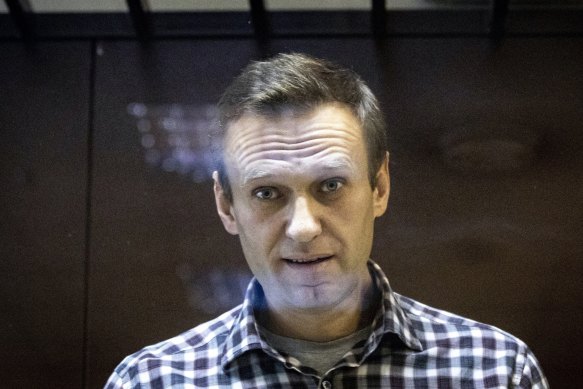 This riveting documentary follows the courageous and charismatic Russian opposition leader Alexei Navalny as he recovers from an attempted assassination by a novichok nerve agent — the Kremlin’s signature poison — and returns to Russia, where he is promptly arrested and imprisoned. Most extraordinary is the way in which Bellingcat journalist Christo Grozef uses ingenious methods to identify several people apparently involved in the plot, enabling Navalny to call them on the phone and trick one into revealing the details. 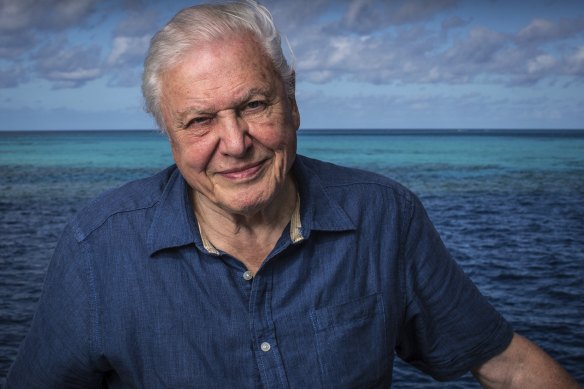 David Attenborough is one of the experts on hand in this documentary looking at some of the thousands of different bioluminescent species on our planet.

A gobsmacking documentary looking at some of the thousands of different bioluminescent species on our planet and the wide range of things they do with their lights. Predatory fireflies use their lights to attract prey; glowing forest millipedes use light to warn of their toxicity; and various marine organisms use it to expose their predators to other predators. The footage is amazing — not least that of a brilliant neon-blue tide in Tasmania — and David Attenborough and other experts explain things well.

Lizzo’s Watch Out for the Big Grrrls
Prime Video 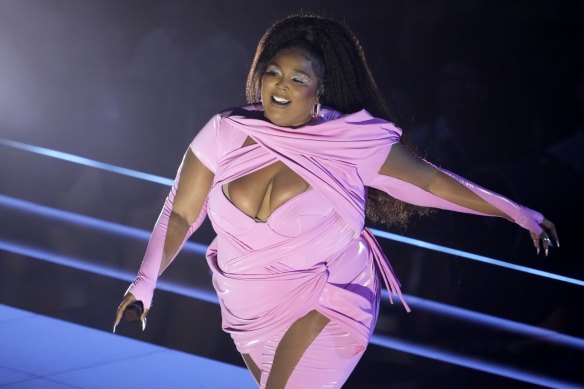 Lizzo at the MTV Video Music Awards in August 2022.Credit:AP

It’s uncommonly uplifting viewing as plus-size pop star Lizzo sets about finding big dancers for this year’s concert tour. It’s a standard reality-competition format, but a few things set it apart. One is the sheer delight that the spontaneous, funny and infectiously joyful Lizzo brings to proceedings. Another is that Lizzo really is the boss and can do whatever she wants — in the very first episode, she yanks one dancer out of the competition and sends her straight into rehearsals for the tour.