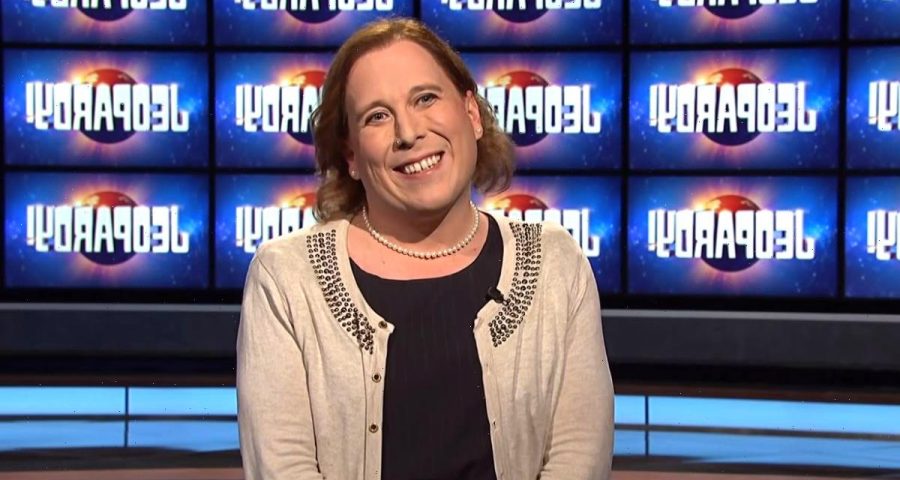 She looks like a million bucks — and her jackpot is only growing. Jeopardy! contestant Amy Schneider passed the $1 million mark on Friday, January 7, episode of the game show.

The Oakland, California, resident finished her 28th consecutive game with $1,019,600. Schneider, 42, is the fourth person to ever hit that threshold during regular season play, with only Ken Jennings, James Holzhauer and Matt Amodio ahead of her.

Schneider has made history as the woman with the longest run and highest earnings on Jeopardy!. She surpassed 2014 contestant Julia Collins‘ 20-show run at the end of December and wore a sweater to honor Collins’ cozy uniform. 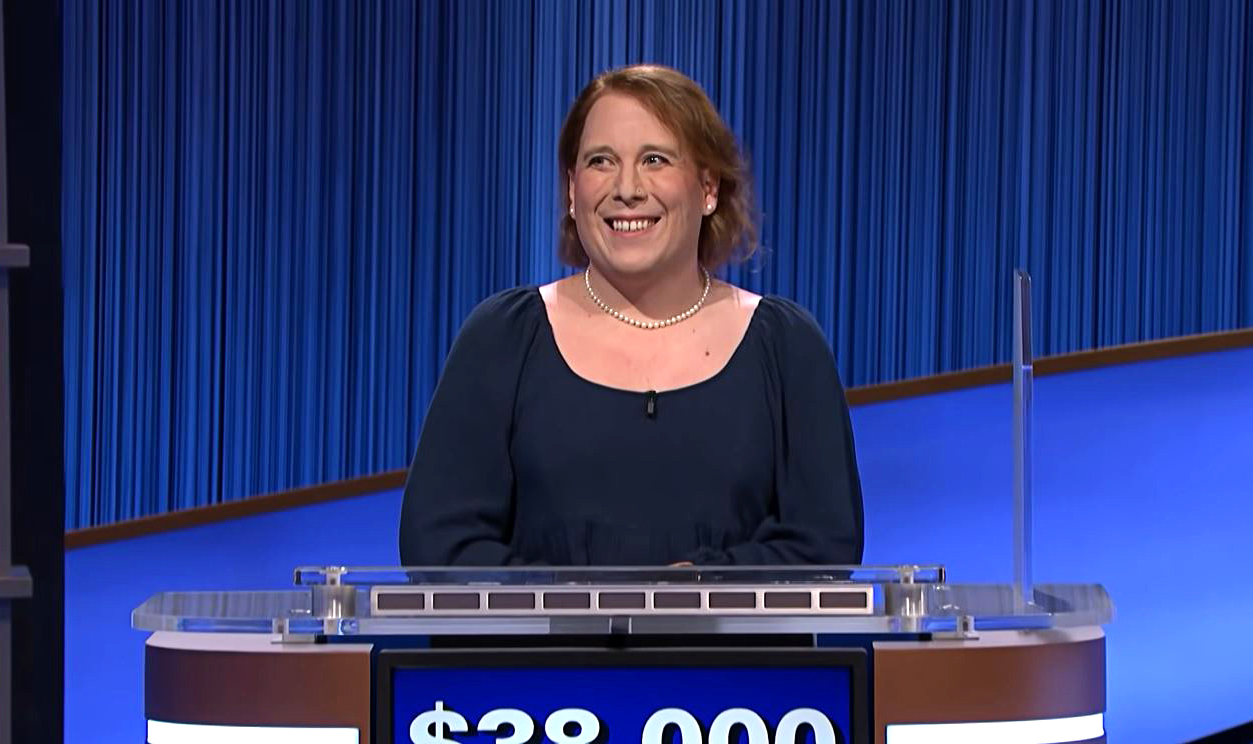 “Just seeing myself on TV still is almost a shock, even though I was there when it all happened,” the Jeopardy! Hall of Famer told AP in a Saturday, January 8 interview.

“I thought I could win some games but I didn’t think I would do this well. The other day, my girlfriend mentioned some famous people that had gone to her high school, and I was thinking, ‘I know there was somebody who went to mine.’ I looked it up on Wikipedia and there I was, listed under notable alumni. That was a very weird moment to see that.”

The Ohio native is also making history as the first transgender woman to qualify for the Tournament of Champions. Schneider noted that she’s “a lot of other things, too!” However, she is happy to provide some trans representation in a show loved by all age groups, especially older viewers.

“I have definitely heard from other trans people who have been sort of thrilled to see me out there. But one of the things that I’ve enjoyed the most is hearing from parents, and sometimes grandparents, of trans people, an older generation,” she added. “There’s a lot of fear for their loved ones who are trans, and worry that they might be limited in life. To be able to go out there and show that I can be successful in a very mainstream type of way has, I think, made a lot of them feel better about the people in their lives.”

After the Friday episode, the engineering manager stands in fourth place among both contestants with the most consecutive wins and competitors with the highest winnings during regular-season play. Host Jennings (who is temporarily filling in as the search for the late Alex Trebek‘s replacement continues), Amodio and Holzhauer still lead the rankings. She’s in fifth place for all-time winnings, which includes championships.