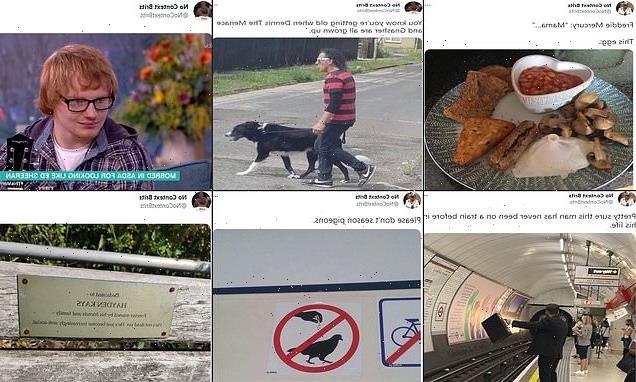 Only in Britain! Hilarious Twitter account poking fun at everyday moments taken out of context becomes a viral sensation

A Twitter account is fast becoming a viral sensation for poking fun at the quirky and mundane parts of British life.

Updated with pictures daily, the  account, No Context Brits captures random and amusing moments – which could only happen in the UK.

The page was started in April 2021, but has already amassed an impressive 292,000 followers with hilarious snaps of shop signs, strangers doing funny things and screengrabs loaded with irony.

The collection includes a picture of a plaque on a park bench ‘in memory’ of a friend who is alive but anti-social, as well as a chip shop with a sign up saying it was ‘too hot to open’.

It also includes a picture taken of an anonymous commuter on the platform on a London Underground station who seemed to think you have to stick your hand out to stop the tube.

Here, FEMAIL reveals some of the funniest and most bizarre pictures from the account… 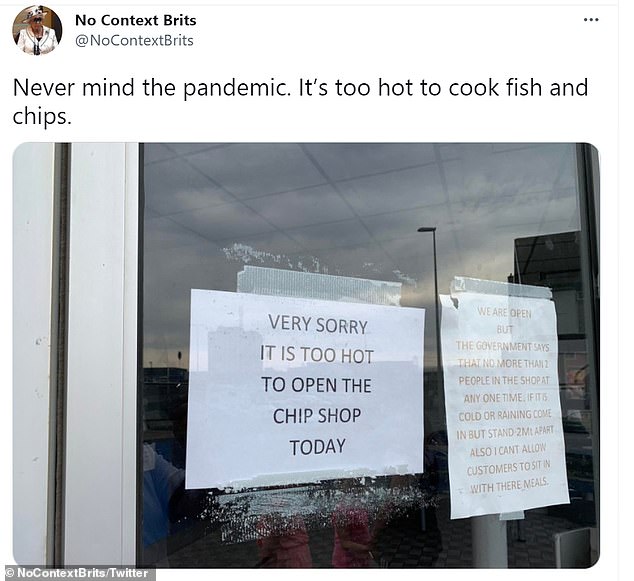 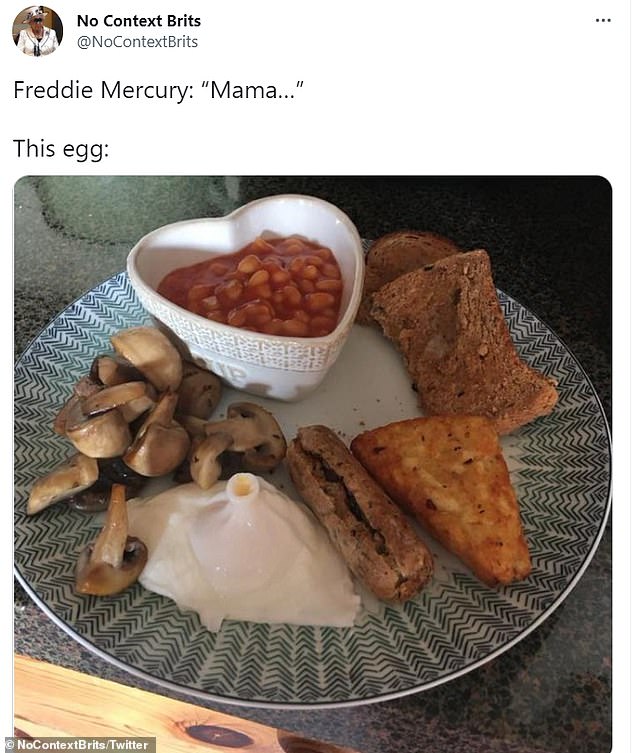 Eggy Mercury! Someone submitted this snap to the viral meme channel of an egg appearing to sing along to Queen’s iconic song Bohemian Rhapsody 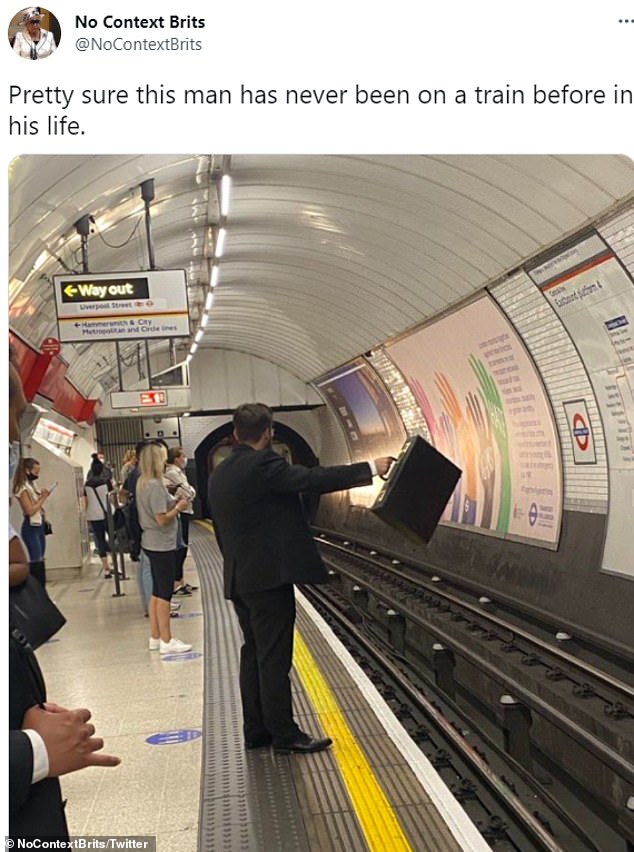 Never mind the gap: In a shot snapped at a London Underground station, an anonymous commuter appears to believe that you have to stick your hand out to stop the tube – the same as a bus 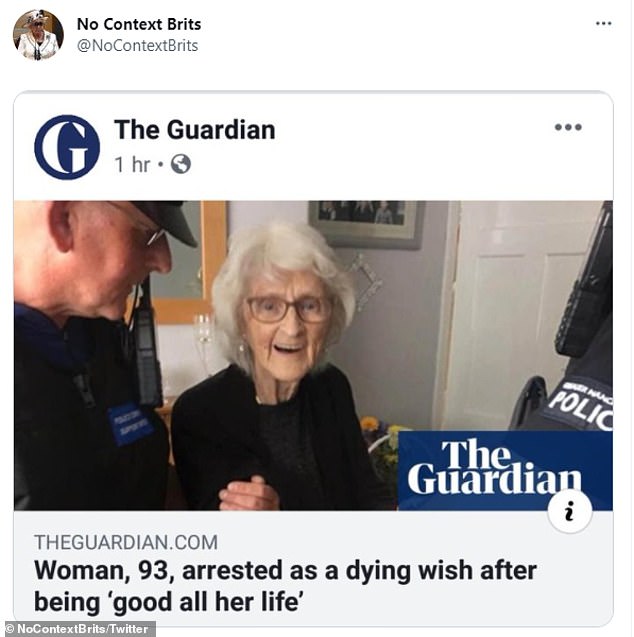 Grave offence: This hilarious headline shows the moment Josie Birds, 93, was arrested by Greater Manchester police as her dying wish 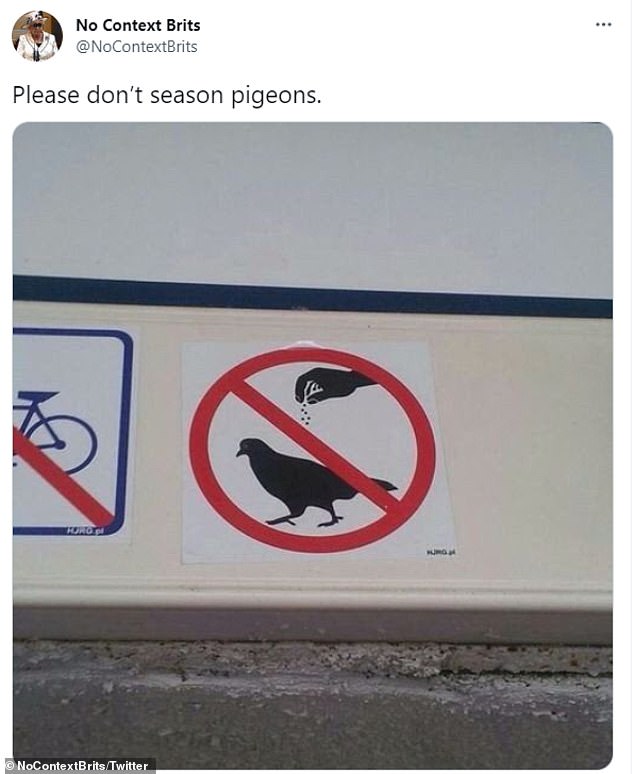 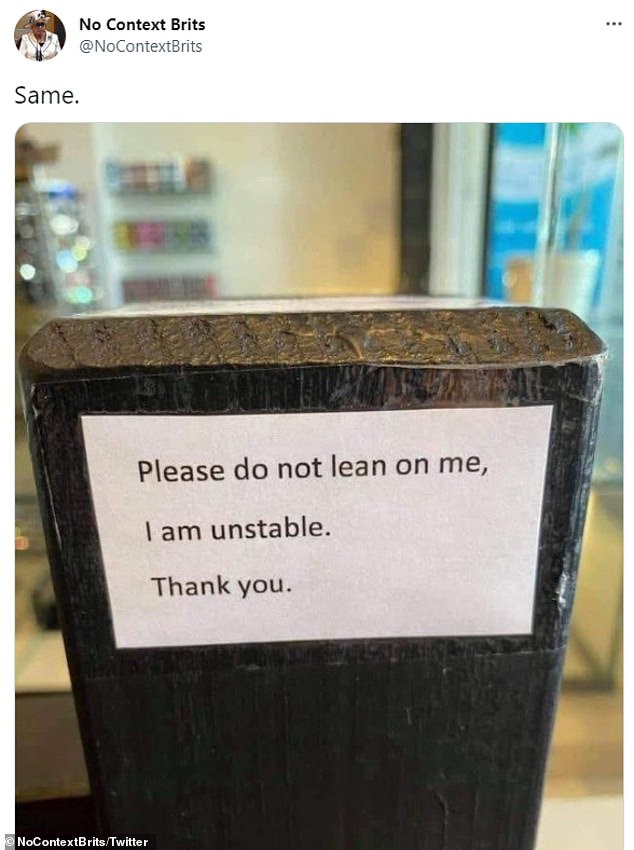 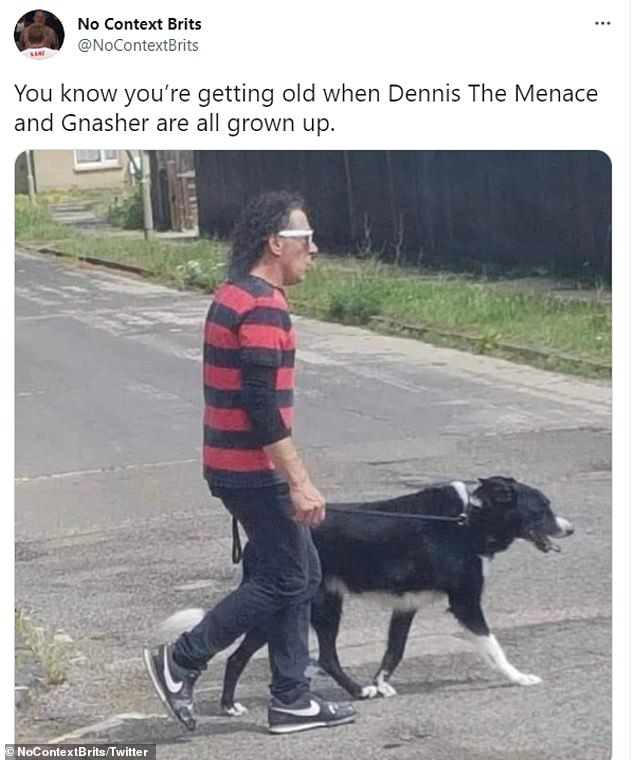 How comic! This man and his dog look strangely similar to the Beano comic bad boy Dennis The Menace and his dog Gnasher, down to the red and black striped jumper 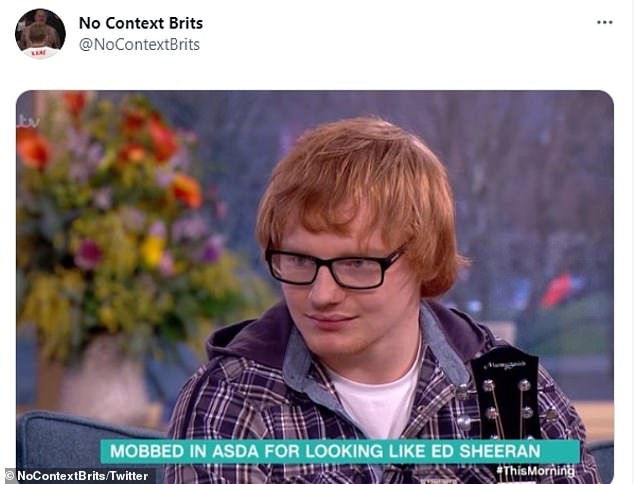 Shape of Ed! A red-haired shelf-stacker in Asda, Wesley Byrne, from Shaw, Greater Manchester, appeared on This Morning to reveal that he is often mistaken for superstar Ed Sheeran 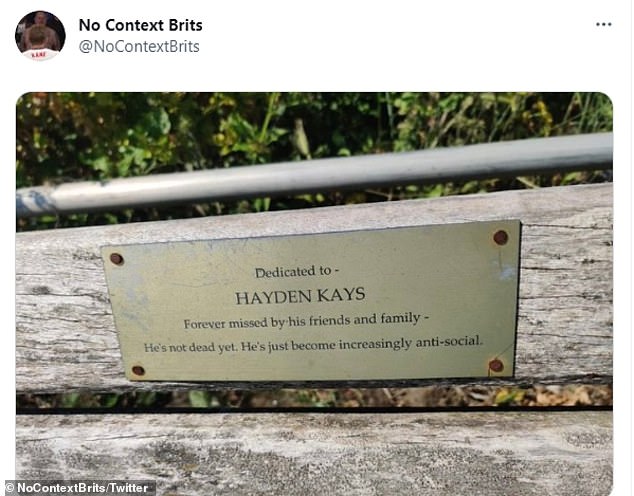 Not dead yet! The collection includes a picture of a plaque on a park bench ‘in memory’ of a friend who has not died – but has become more anti-social 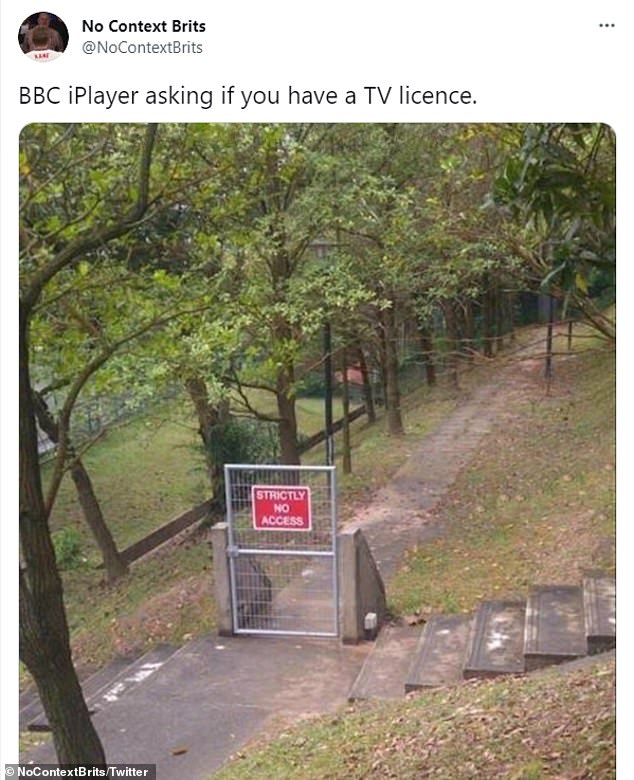 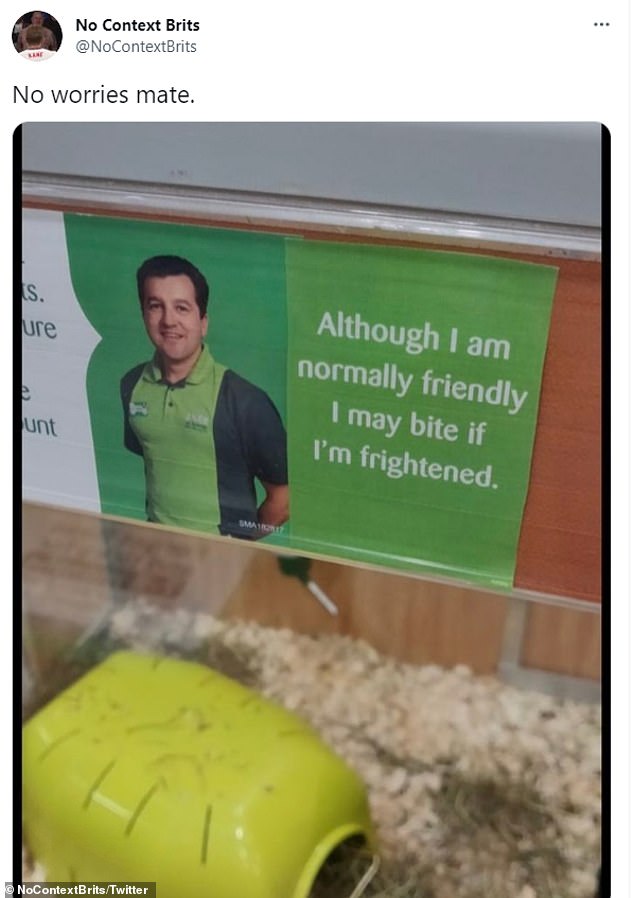 Biting wit: If you go into your local Pets at Home for supplies, let’s hope a member of staff doesn’t sink their teeth in 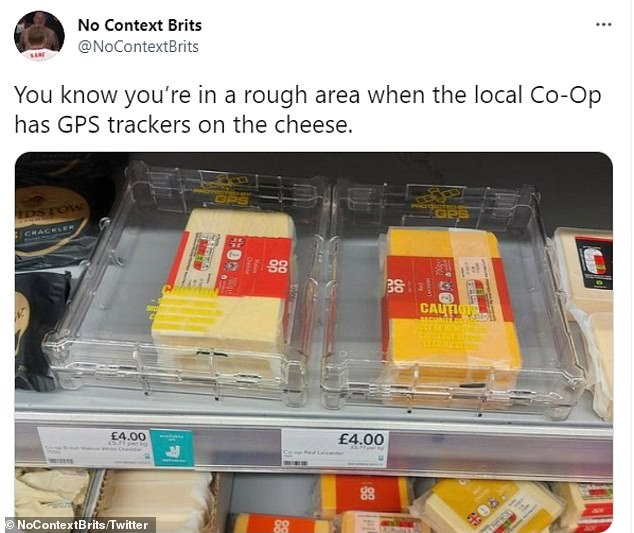 These £4 blocks of cheese in a local Co-op food store are security protected, which is normally reserved for bottles of champagne and other high-value products 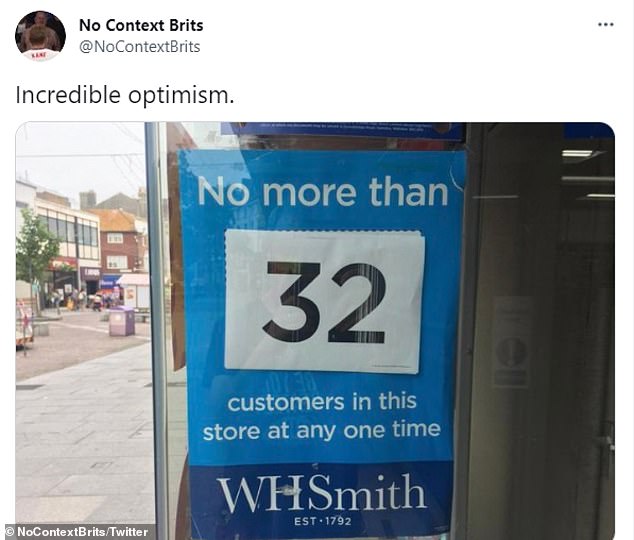 Don’t all rush at once: A sign for British bookstore WH Smith states that the maximum people allowed inside is 32, however No Context Brits points out it’s ‘optimistic’ to think that many people would be inside! 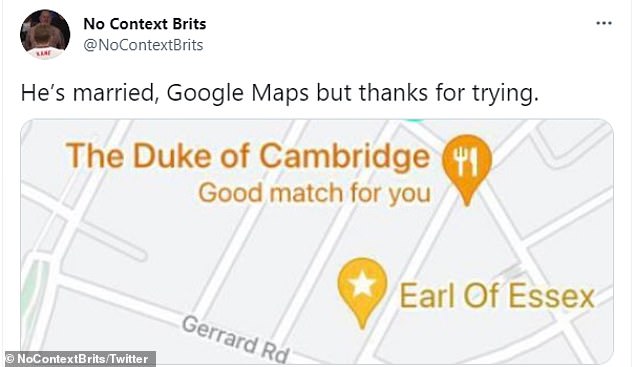 Royally witty! The account joked that the Duke of Cambridge is already taken, despite Google Maps trying a spot of matchmaking 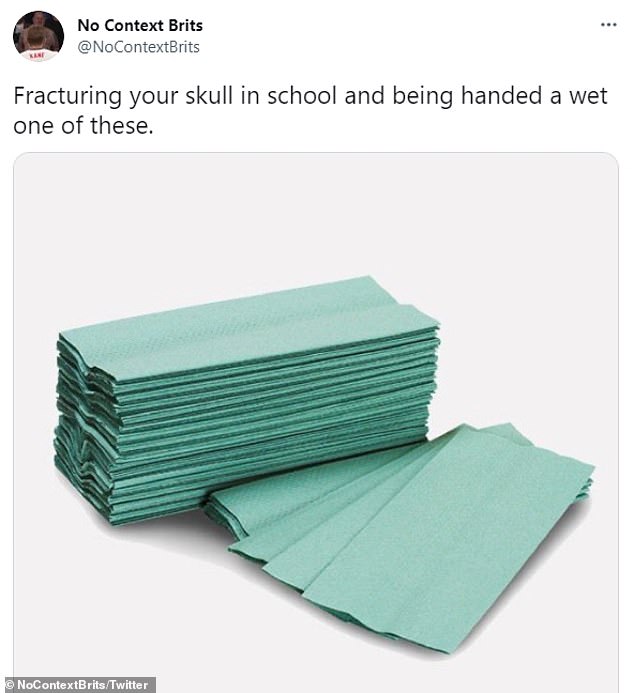 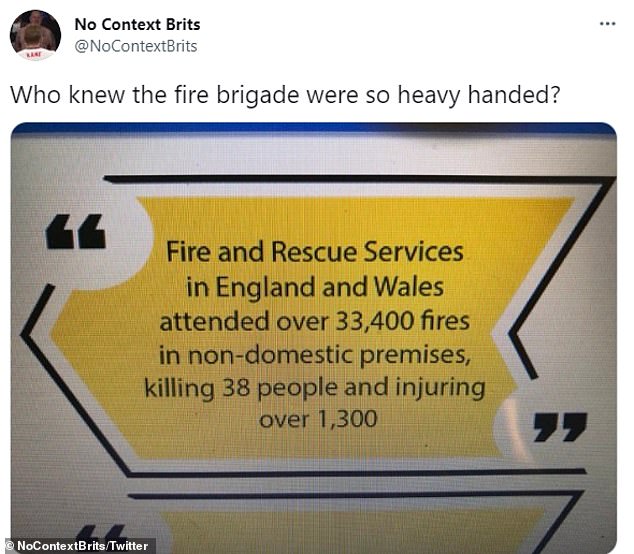 Call the grammar police: This jumbled sentence makes out that the UK’s Fire and Rescue Services kill and injure people rather than save them 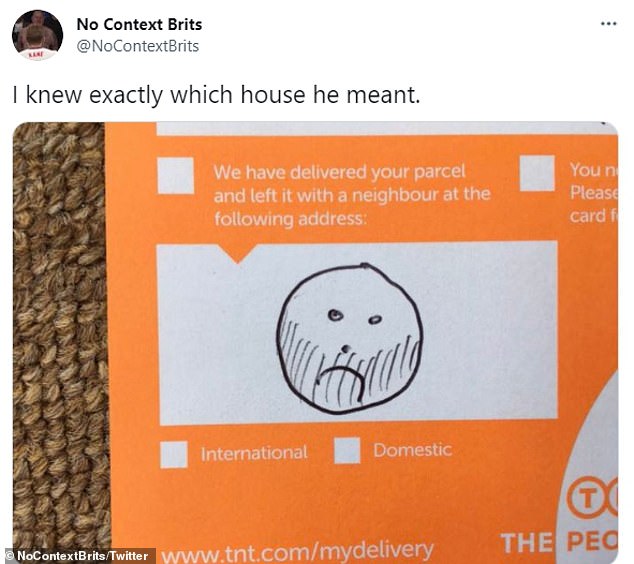 This artistic postman didn’t write the house number, but rather drew a picture of the grumpy bearded neighbor who has the parcel

Sweet little lies: One angry shopper pointed out that the ‘now bigger’ Cadbury Dairy Milk bars are not any bigger at all 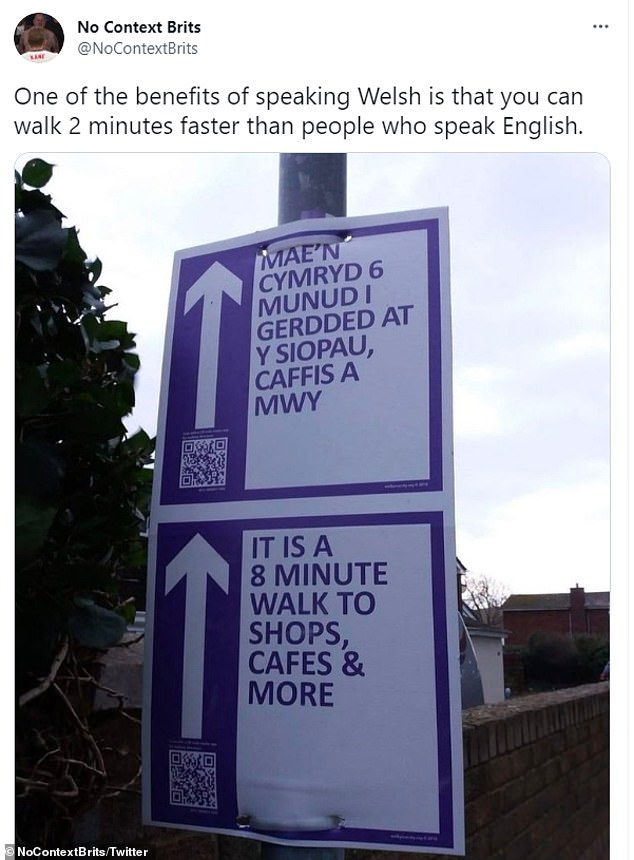