Women’s Safety Minister Anne Ruston is considering developing a separate plan to reduce violence against Indigenous women and children after a powerful call for action from prominent Indigenous leaders.

As the federal government works towards a fifth national plan to reduce violence against women, Sex Discrimination Commissioner Kate Jenkins said it was frustrating the Coalition had not included a positive duty for employers to stamp out workplace sexual harassment in anti-discrimination laws.

Prime Minister Scott Morrison opened the women’s safety summit on Monday with an acknowledgement too many women in Australia did not feel safe. Everyone had a responsibility to change a culture that justified or excused gender inequality and drove violence against women, he said.

“Australia does have a problem,” he said.

“We have become a more enlightened and tolerant society in recent years, but women still do not feel safe.

“We have to talk about the way some men think they own women. About the way some women are subject to disrespect, coercion and violence. This must continue to change. Because if not now, when?”

The women’s safety summit, which will inform the development of the next national action plan to start in mid-2022, follows the outpouring of anger about the treatment of women after former Liberal staffer Brittany Higgins went public in February with an allegation she was raped in Parliament House in March 2019.

Professor Langton said the national plan that had existed for 12 years “does not work for us” and Indigenous representatives must be involved in designing local initiatives. 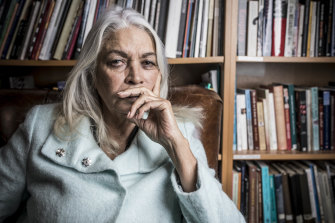 Professor Marcia Langton says lives are being lost because policymakers won’t listen to Indigenous women about how to reduce domestic violence in their communities.Credit:Arsineh Houspian

“Lives are being lost because people who think they know better than us will not listen to us and will not act on our advice.”

Professor Creamer said the mainstream system “has not really been there for us” and had failed to address the specific dynamics of domestic violence in Indigenous communities.

Ms Oscar said without acknowledging or including diverse voices, policymakers wouldn’t be designing the right responses.

“We treat women as if they are homogenous, the same and that has got to end,” she said.

The government is open to their call for a separate plan. Senator Ruston heard the message that Indigenous women felt like they were an afterthought and understood that was not good enough.

“We are absolutely open to considering all of the ideas raised during the summit including how to best address the specific challenges facing Indigenous communities,” the minister’s spokeswoman said.

Mr Morrison promised members of his government had come with “open ears and open hearts” to learn from advocates and victims.

Many advocates watching the summit linked the Prime Minister’s words to a perceived lack of action on the 55 recommendations of the [email protected] report. Legislation pushed through Parliament last week addressed just six of the recommendations. 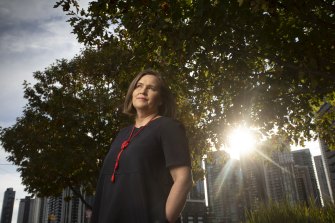 Ms Jenkins pointed out only 12 of her recommendations required legislative change and said there had been “a lot of activity” since April on those that didn’t involve Parliament.

She saw that as a glass-half-full situation, saying “it could have been none” that went to Parliament.

“The other six, it has not been a no, but it would have been fabulous if they had all gone through – but that just wasn’t to be,” she said.

She will continue to advocate for those other recommendations, including adding the positive duty to the Sex Discrimination Act. That was “not off the agenda” but it was frustrating that it hadn’t been included, she said.

“From the very first day, I said, … ‘Of course, I want all of them but the one that is a missed opportunity and is central is the positive duty in the Sex Discrimination Act’,” she said.

“Governments don’t open the Sex Discrimination Act that much to amend it so I really welcome the advocacy to say, ‘well while you’re at it, why don’t you do the rest?’