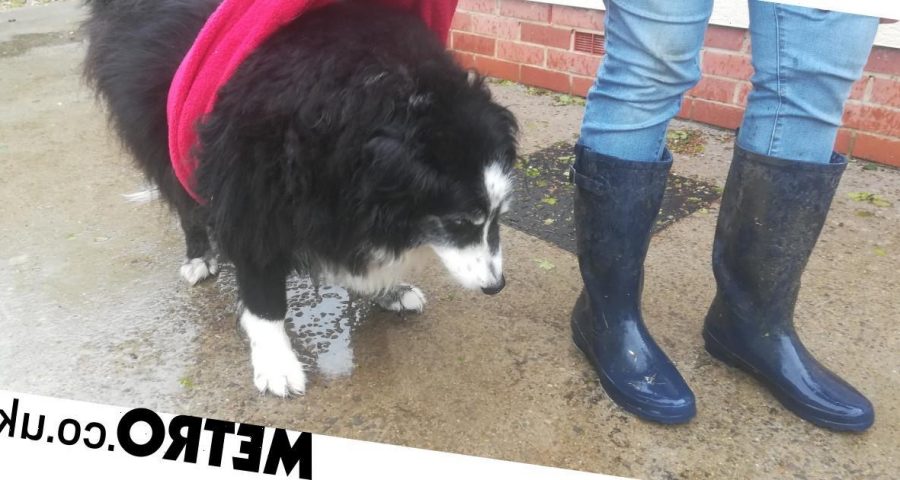 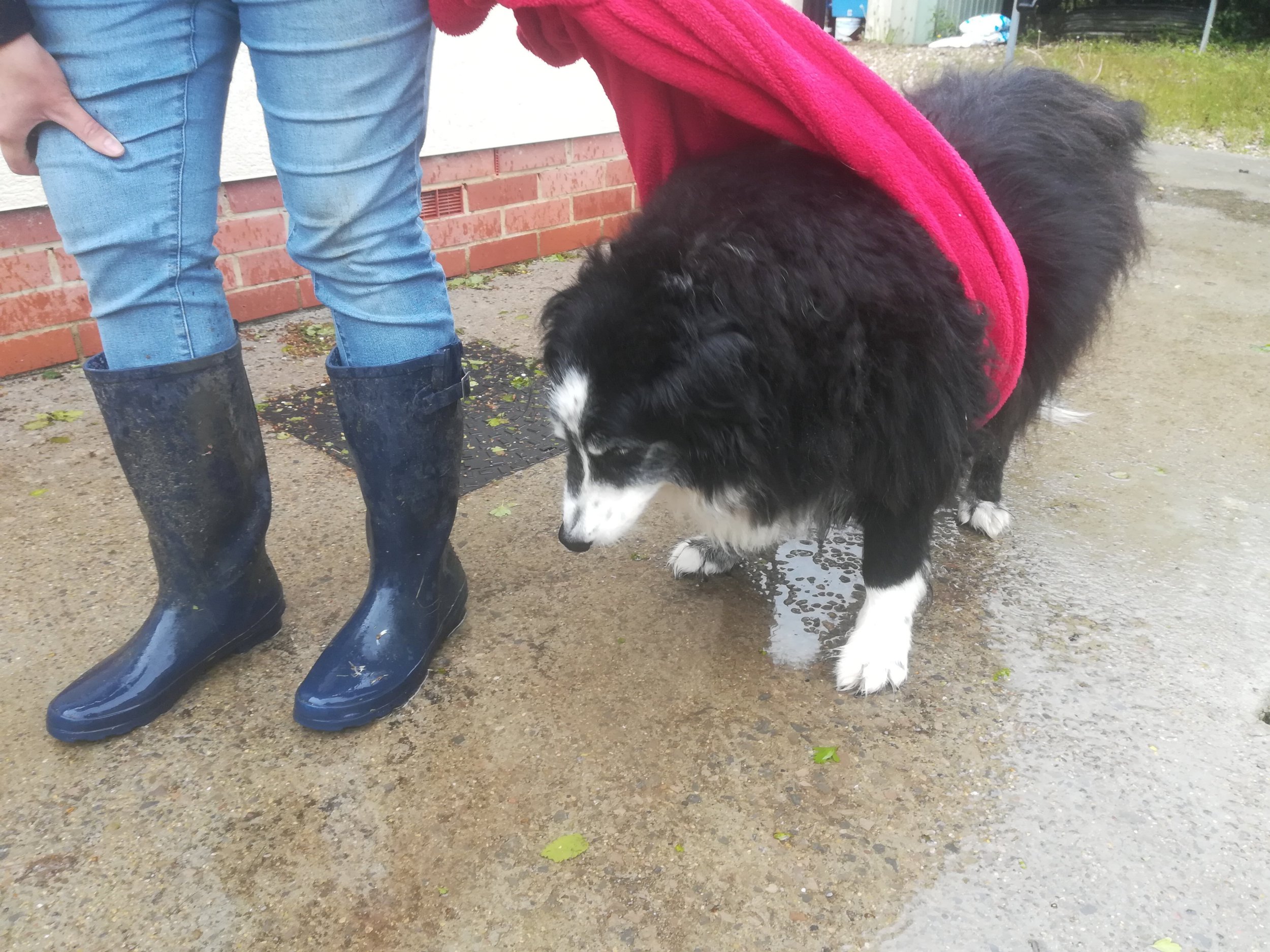 At 43kg, Benny the border collie is twice the weight he should be.

The obese dog and his friend, Ebony, also a border collie, piled on the pounds when their owner struggled to look after them.

When that owner died, the pair of dogs were handed over to a sanctuary by a worried neighbour, then rushed straight to the vets.

Ebony, 16, weighed 45.8kg and was so heavy she couldn’t get up unassisted. Sadly, she was in such poor health that she was put to sleep.

But there’s still hope for Benny.

The vet’s notes revealed that the dogs’ late owner was told that his pets urgently needed to lose weight.

While the pair were on weight control food, a friend of the owner said he topped this up with other treats and wet food, as he didn’t want to deprive his animals of anything.

‘Since our appeal went out we’ve been contacted by many people who wanted to reassure us that the owner loved the dogs deeply,’ said Hannah Goodwin-Sharman a fundraiser at Holly Hedge Animal Sanctuary, who have cared for the dogs.

‘They said Ebony and Benny were a lasting connection to his wife who sadly passed almost a decade ago, and following this his physical and mental health suffered.

‘It is tragic that he didn’t feel he could ask for help, as it is clear so many people would have wanted to.

‘It is a desperately sad situation and one that reminds us that people aren’t always as well as they seem.’

The dog is now happily living in a foster home, but needs further medical treatment to lose weight and get back to good health, which could cost thousands of pounds.

‘We are raising the funds because Benny needs a dental surgery, neutering and investigation for the brown spot on his paw, which could be a result of a wound that has healed incorrectly,’ said Holly.

‘He’s currently on antibiotics and pain relief and may need joint support for the rest of his life due to the weight he’s carried for so long.

‘He also needs a special diet to help him slim down.’

If you’d like to help Benny continue on the path to better health, you can donate through the shelter’s Facebook page.