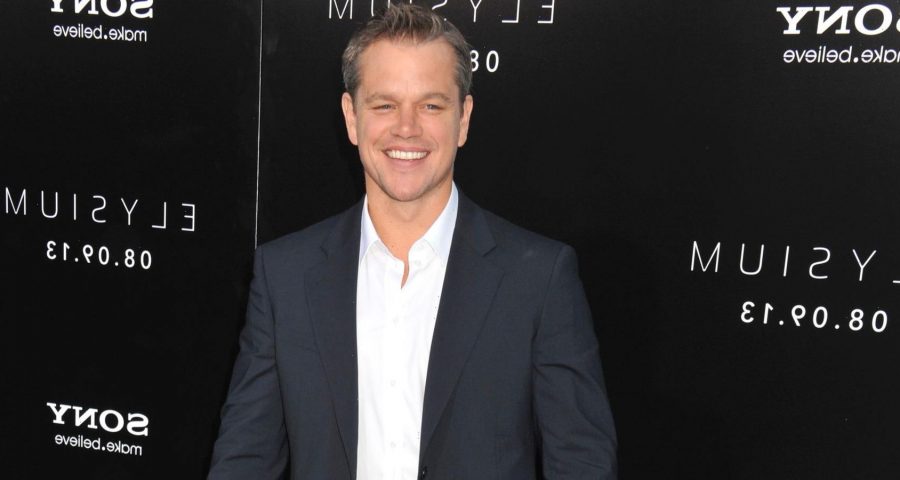 You may know him for his role as Jason Bourne in the movie franchise, but Matt Damon has built a reputation as an elite actor in the movie industry with exceptional movies dating as far back as 1987. Born in Cambridge, Massachusetts, the 51-year-old was once ranked by Forbes as one of the most bankable stars in Hollywood. His quick wit, charm, and likable personality have caused him to make a name for himself, putting him in a class of his own as an actor. So we will highlight the great Matt Damon and 10 of his greatest and highest-grossing movies throughout his career.

If this movie isn’t listed as one of the most hilarious comedy crime drama films in modern filmography, it should have a special place there. Ocean’s Thirteen was released in theatres in June 2007 and features an iconic lineup of actors, from Matt Damon (Linus Caldwell), Brad Pitt (Rusty Ryan), George Clooney (Danny Ocean), Don Cheadle (Basher Tarr), Andy Garcia (Terry Benedict), Ellen Barkin (Abigail Sponder), and Al Pacino (Willy Bank). The film is based on Danny Ocean’s gang of thieves taking revenge on cut-throat casino owner, Willy Bank, wh double-crosses Danny’s close friend, Rueben Tishkoff (Elliot Gould). The gang plans to attack the purse of the money-loving Willy Bank and end destroy his reputation as an outstanding hotelier. The film was a success, coming off the heels of Ocean’s Twelve, earning $117 million at the worldwide box office.

Although The Bourne Identity is commonly compared to other secret agent films such as Pearce Brosnan and Daniel Craig’s 007 James Bond, Matt Damon may take offense to it. The 2002 film is actually based on a novel written by Robert Ludlum and is the first movie in the franchise. The film centers around a Central Intelligence Agency trained assassin, Jason Bourne, who attempts to discover his true identity after a failed assassination attempt leaves him with amnesia and sends him on the run from the very people he worked for. He adapts to life as a rogue agent, using the skills he was taught to stay alive and make the hunters the hunted. The action film grossed over $121 million.

Released in 2004, the second part of the movie sequel shows much of the same cast of characters. The only difference in the cast for this movie is Julia Roberts, who played the role of Danny Ocean’s wife, Beatrice Ocean, and Catherine Zeta-Jones as Isabel Lahiri. The ultimate bank heist comedy, the movie’s storyline follows Danny Ocean (George Clooney) and his band of skillful thieves as they execute the greatest heists in Las Vegas history, particularly from Terry Benedict (Andy Garcia). The crew spends the money as fast as they stole it, and now Mr. Benedict wants his money back with interest. Ocean and his crew must now pull off a string of other heists to pay him back, but this time in Europe. Ocean’s Twelve generated $125 million in the US alone.

As the oldest film on this list of Matt Damon’s highest-grossing films, Good Will Hunting did surprisingly well for the time in which it was released. Produced in 1997, the film focuses on Will Hunting played by Matt Damon (27 at the time of filming the movie) who is gifted with a genius-level IQ. Despite having knowledge of this gift, and a constant reminder from his friend Chuckie Sullivan (Ben Affleck) as well as his college girlfriend, Skylar (Minnie Driver), he’s content as a janitor at MIT college. But after solving a complex graduate-level math problem placed on a blackboard as a brainteaser for his students, Professor Gerald Lambeau (Stellan Skarsgard) decides to help him control his temper by introducing him to a therapist named Sean Maguire (Robin Williams). As one of Damon’s breakout roles, the movie grossed $138 million at the US box office.

The saga continues in The Bourne Supremacy, released in 2004, which sees Jason Bourne on the run in India after successfully evading the CIA in The Bourne Identity. His girlfriend, Marie, who he met while in Russia, is now living life under a new name and in a new country, which is where Jason finds her. They reunite and attempt to start living a normal life, but Bourne is framed by a Russian agent, Kirill (Karl Urban), and is hot in pursuit to assassinate him. However, while aiming to shoot Bourne, Kirill misses and shoots Marie, killing her. Bourne is furious and now seeks revenge for the death of Maire and to prove his innocence to the CIA while evading Pamela Landry (Joan Allen), the head of the CIA. The thrilling movie grossed a total of $176 million at the US box office.

As the first installment of the franchise, the 2001-release of Ocean’s Eleven featured a similar cast of actors as the installments that followed, such as Brad Pitt, George Clooney, Bernie Mack, Matt Damon, Julia Roberts, Casey Affleck, Don Cheadle, and many others. The Ocean’s movie franchise was actually meant to be a remake of the Rat Pack film of the 1960s starring Frank Sinatra and Sammy Davis Jr. Professional bank robber, Danny Ocean (George Clooney) meet with his partner in crime, Rusty Ryan (Brad Pitt) to propose a heist he has in mind. It involves simultaneously robbing the MGM Grand, the Bellagio, and The Mirage. However, they need funding for the operations, which is where Rueben Tishkoff (Elliot Gould) comes in. Despite being an ambitious plan, Elliot agrees to fund the heists. The exciting comedy-drama film grossed $183 million at the US box office.

Produced and released in 1998, Saving Private Ryan is the second-oldest film on the list. The war-action film stars a cast of A-list actors, among which are Vin Diesel (Private Caparzo), Tom Hanks (Captain Miller), Matt Damon (Private Ryan), Edward Burns (Private Reiben), Barry Pepper (Private Jackson), Giovanni Ribisi (T-4 Medic Wade), and Paul Giamatti (Sergeant Hill). The film, as the reader would recognize, is about saving Private Ryan, who is played by Matt Damon. Produced by Steven Spielberg, the film is set during the Invasion of Normandy during World War II and Captain Miller leads a detachment to locate Ryan, whose brothers have perished in the war. The soldiers learn courage, honor, and loyalty as they trudge through a deadly warzone. Private Ryan earned $216 million on a $70 million budget.

The 2012 action thriller, The Bourne Legacy, picks up from where it left Jason Bourne in The Bourne Ultimatum (2007). As he grew closer to discovering his identity in the previous installments, he gains greater clarity on the CIA handlers who molded him to become an assassin. In The Bourne Legacy, Jason’s actions threaten the destruction of decades of information across multiple secret intelligence agencies. The man who built the programs, Eric Bryer (Edward Norton), decided to eliminate one of the agencies named Outcome, which agent Aaron Cross (Jeremy Renner) is a part of. Bryer now targets agent Cross and Marta Shearing (Rachel Weisz), a research scientist, must now fight to stay alive. Although Matt Damon wasn’t the main character in this installment, it still managed to gross $276.1 million.

Jason Bourne is back in action in the 2016 film release of Jason Bourne, where he is yet again being hunted by the agency that trained him to be a lethal weapon. It’s been 10 years since Bourne turned his back on the CIA and resorted to living in the shadows. However, the corrupt CIA director Robert Dewey sets hacker expert Heather Lee on his case. Also looking for Bourne is Nicki Parsons (Julia Stiles) who has been indifferent to the agency after realizing what was done to Bourne. Now Bourne and Nicki must stick together as they battle this domineering and invasive agency. The film generated $415.5 million in the U.S. alone.

Basically, all of Matt Damon’s movies perform exceptionally at the box office, both domestically and internationally. The Jason Bourne installments garnered a cult-like following like that of James Bond or Austin Powers, and the fans only seemed to grow more engrossed as the years went by. The 2007 release of The Bourne Ultimatum had all the compelling plots and adrenaline-building excitement as the other films, except this one, was the most satisfying, and that was reflected in the gross earnings. The domestic box office earnings for this film were $228 million, while the worldwide box office gross was $444.1 million. The film also starred Julia Stiles as Nicky Parsons and Joan Allen and Pamela Landy.