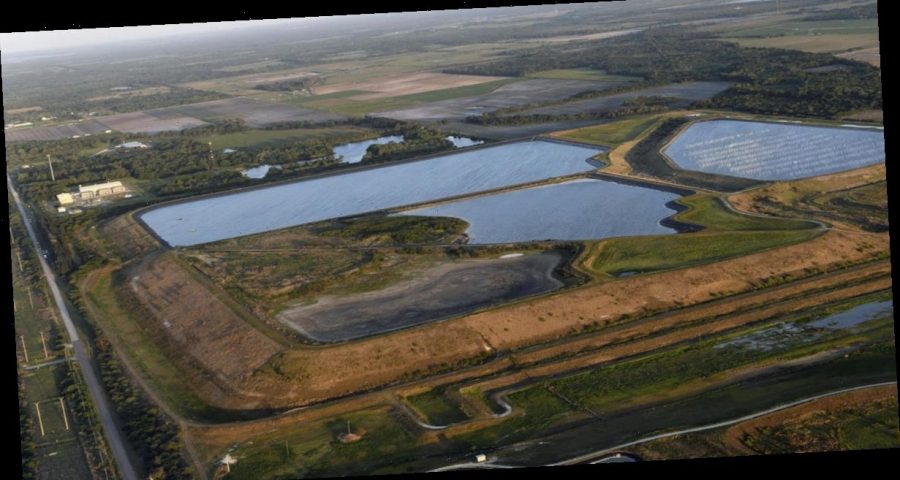 The Florida wastewater reservoir that has been leaking since late March is now undergoing repairs, officials said Thursday. The source of the leak, which has resulted in millions of gallons being dumped into a local port, was identified Wednesday, and crew members “continue to work around the clock” to repair it, the Florida Department of Environmental Protection said.

A small leak was first noticed at Piney Point, the former phosphate mining facility, near the end of March, but it quickly worsened. On Easter weekend, more than 300 households were forced to evacuate as officials feared the reservoir would collapse. Residents were allowed to return home Tuesday as the risk of a “catastrophic” collapse lessened, although many are concerned about what could still lie ahead.

#PineyPointUpdate Our daily update for April 8, 2021, can be found below. View our water quality dashboard here: https://t.co/YY0vOTddc9.
To sign up for email updates, please visit: https://t.co/U8ECrogEjg. pic.twitter.com/CE3r2hhVKl

When officials started providing public updates on the matter March 26, there were roughly 460 million gallons of water in the leaking reservoir. As of Thursday, the department said roughly 232 million gallons remain.

Approximately 202 millions gallons of the untreated wastewater has been discharged into Port Manatee, which leads into Tampa Bay. Officials said on Thursday, however, that within the past 24 hours, they have “reduced discharge flow to Port Manatee by more than 90%.”

“Teams are now deploying nutrient reduction and removal treatments of the water on-site to address any required discharges in the future,” officials said. “This will significantly reduce nutrient loading to Port Manatee and help minimize water quality impacts.”

The Tampa Bay Estuary Program, which is tracking water data near Piney Point, reported on its online database that total nitrogen and ammonia, which contains nitrogen, are the primary concerns nutrient wise. Excessive levels of nitrogen can cause an algal bloom, which could be devastating to marine life and ecosystems. 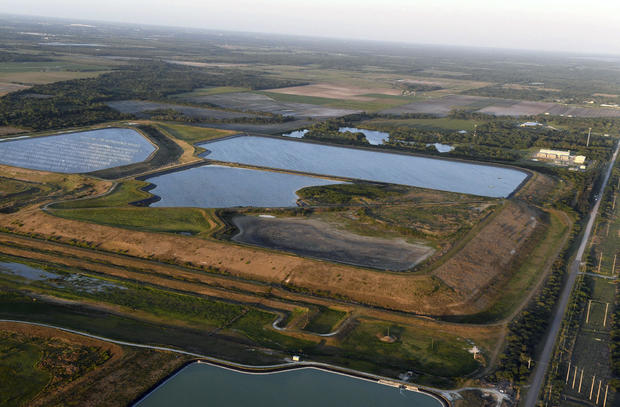 On Wednesday, the Department of Environmental Protection said there were elevated levels of phosphorus detected where wastewater was being discharged into Port Manatee. The department-run online database does not display phosphorus or nitrogen levels after March 30, and while officials have said that that the levels of dissolved oxygen, salinity and pH “meet water quality standards,” they have not verified the same for other nutrients.

Diving companies and submersible cameras were deployed into the wastewater pond on Tuesday, where they were able to find the tear in the lining of the reservoir that had led to the leak. As they continue to repair it, field operations teams are also attempting to stabilize phosphogypsum stacks and treat the water. The Department of Environmental Protection has asked two unidentified technology companies to reduce the amount of the nutrients in the water that could be dangerous for marine life and stability.

Although the reservoir is still leaking, officials said the seepage has remained on-site over the past few days and is no longer flowing into waterways.

State lawmakers have vowed to hold the company that owns the reservoir accountable, and budgeted $3 million to clean up the site on Wednesday. It’s estimated that the complete cleanup and closure of the site could cost up to $200 million.